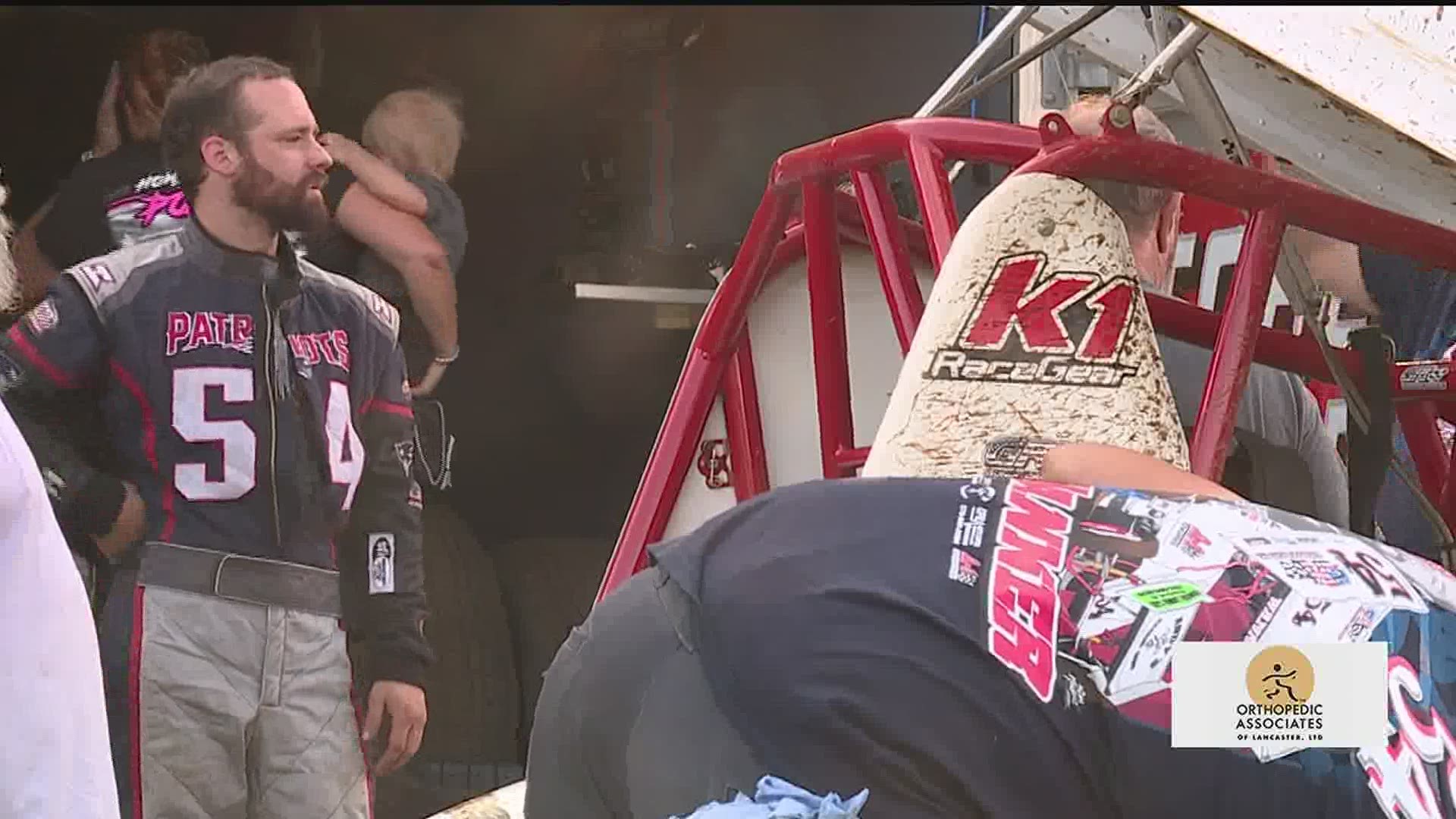 SHOEMAKERSVILLE, Pa. — Quite the inspiration for anyone by surmounting the obstacles and winning their very first 358 sprint car feature. That's just what Brett Wanner and his team did at Lincoln Speedway on Independence Day.

Wanner celebrates with a wing dance but what's even more remarkable. Wanner was born deaf. All but two of his team members are also deaf.

Wanner found his fascination for the sport at Williams Grove. Watching races with his dad and sister. He started racing 15-years-ago with a 250cc sportsman then an ARDC midget and now, in his fourth year in the 358s.

“When I get strapped in and get in the car, I know there’s goin to be a lot of challenges I’m going to face because I’m deaf,' said Wanner. 'I can’t hear when a car comes up on the side of me or the cars behind me. So, I have to use my eyes. Everything is visual for me and the feeling, too. I don’t have the sound, I don’t have the head piece the other drivers have.”

Just two weeks before his first feature win, the team places second at Port Royal. His very first win was extremely special. I was the first time Brett's sister and his nephews saw him win.

Wanner said, “I want to tell people I’m proud to be deaf and even though I have barriers, I can over come those barriers and I can do it."

Brett's ultimate goal it to, one day, race a 410 sprint car.