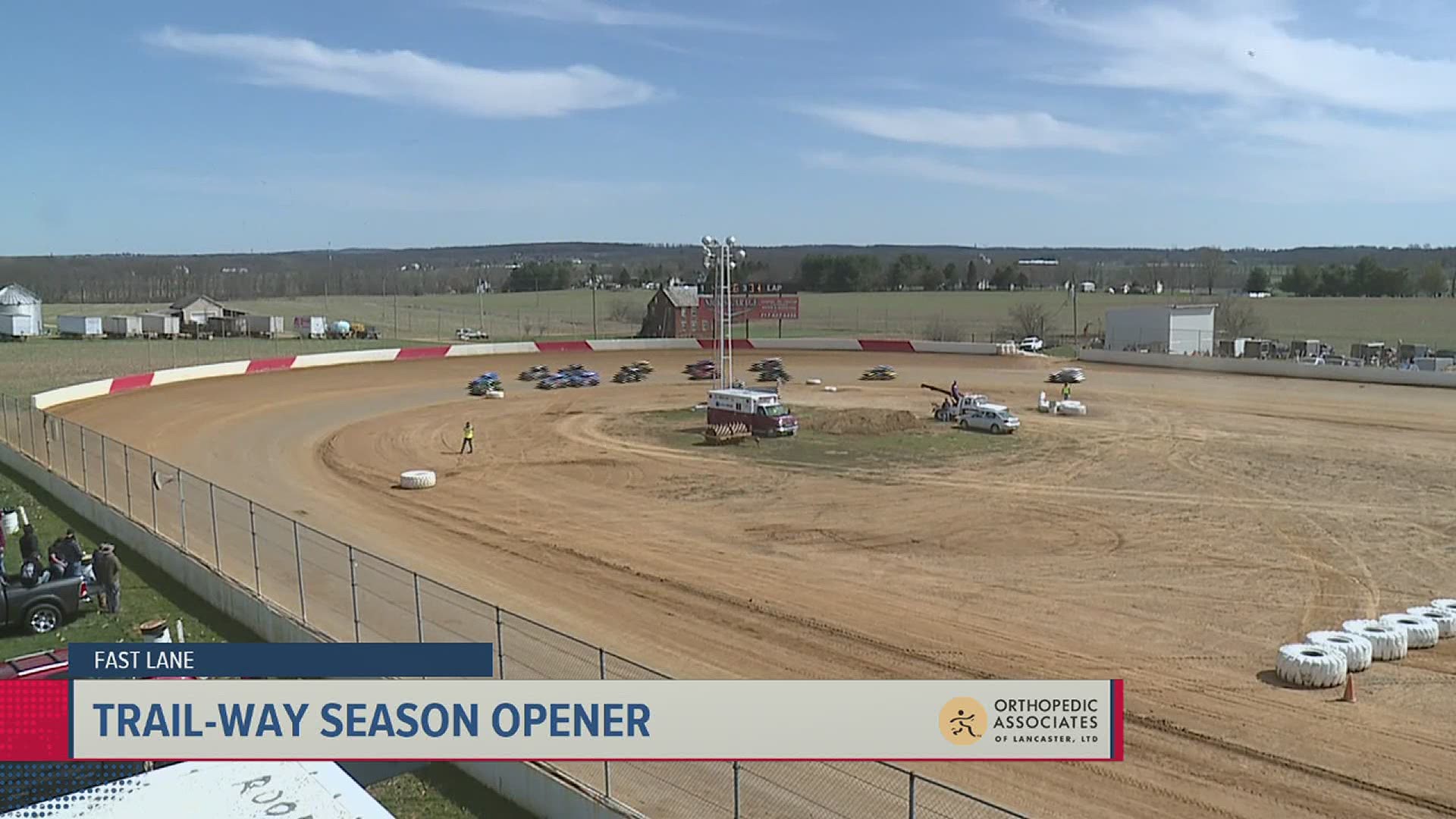 ABBOTTSTOWN, Pa. — How about battling your brother for your first win at Lincoln Speedway since 2016. That was the case for Billy Dietrich as he held off his brother Danny to finish one-two at Lincoln. But twice is nice on Saturday as Trail-Way hosted their season opener early in the afternoon.

It was nothing but blue skies to kickoff the season at the 1/3 of a mile track as Trail-Way hosted five divisions; 270 Micro Sprints, 600 Micro Sprints, Central PA Legends and the 300/500 PA Micro Midgets.

The 270 Micro Sprints A-main was up first. Wind coming across the corn fields didn't seem to phase the fans in the stands. Mike Boyer was on the pole.

Side-by-side down the front stretch, Craig Myers is able to use the inside to his advantage to take the lead. He is able keep in control to take the 270 feature.

In the 600 Micro, with five to go and from the fifth starting spot, Bradley Weber takes the lead. As smooth as ice to the checkered.

Shawn Groft is the pole sitter in the Central PA legends. Travis McClelland instantly grabbed the lead away. He held off two cars for the feature.

Small group for the 300 Pa Micro Midgets. Just four cars in the A-Main, AJ Barton goes green to checkered. He can’t celebrate as he pulled double-duty in the 500s, too. After starting second, Kyle Hendeshot wins the feature.

Lincoln: Over to Lincoln for a gorgeous sunset for the start of the 410 A-Main. First race of 2021 at Lincoln for Robbie Kendall is the quickest in time-trials.

How about double the fun today!

The race goes 22-laps without needing a caution. Debris on the track killed Billy Dietrich's huge lead. He was pulling away from the field. They reset. Danny Dietrich passed Chad Trout for second and started to hunt down his brother. Billy kept to his line to hold off Danny. That's his third career feature at Lincoln.

“I don’t get nervous with that guy. You know, we’re brothers. I get all the dirt. I’m not worried. He doesn’t make me nervous. Ii should make him nervous. (Dietrich laughed) He’s got me a few times last couple of years. Back to when he won his first race at Trail-Way, I finished second to him and that was pretty cool. So, anytime we can run one, two and make everyone happy. Make all our fans proud is pretty cool," said Billy Dietrich.

In the 358 feature, Jeff Rohrbaugh hugged the inside to pass Riley Emig on lap four. He couldn't be challenged as the winningest 358 driver at Lincoln adds another.

"You never know when your next one is going to come. The competition here is really, really good and I'm just fortunate. Like I've said, I've been with some good people over the years and it was really good to get the grand-baby in victory lane and I mean that's really was my goal for this year," said Rohrbaugh.

Port Royal: Make it two on the season for Lance Dewease. He moved from 4th to first to win the feature at Port Royal over Logan Wagner and Anthony Macri.

There was 54 - 305s on hand as Nick Sweigart goes from 5th to secure his 5th career feature at Port.