BAPS Motor Speedway adds more seating on the backstretch that will be ready for 2021 season. 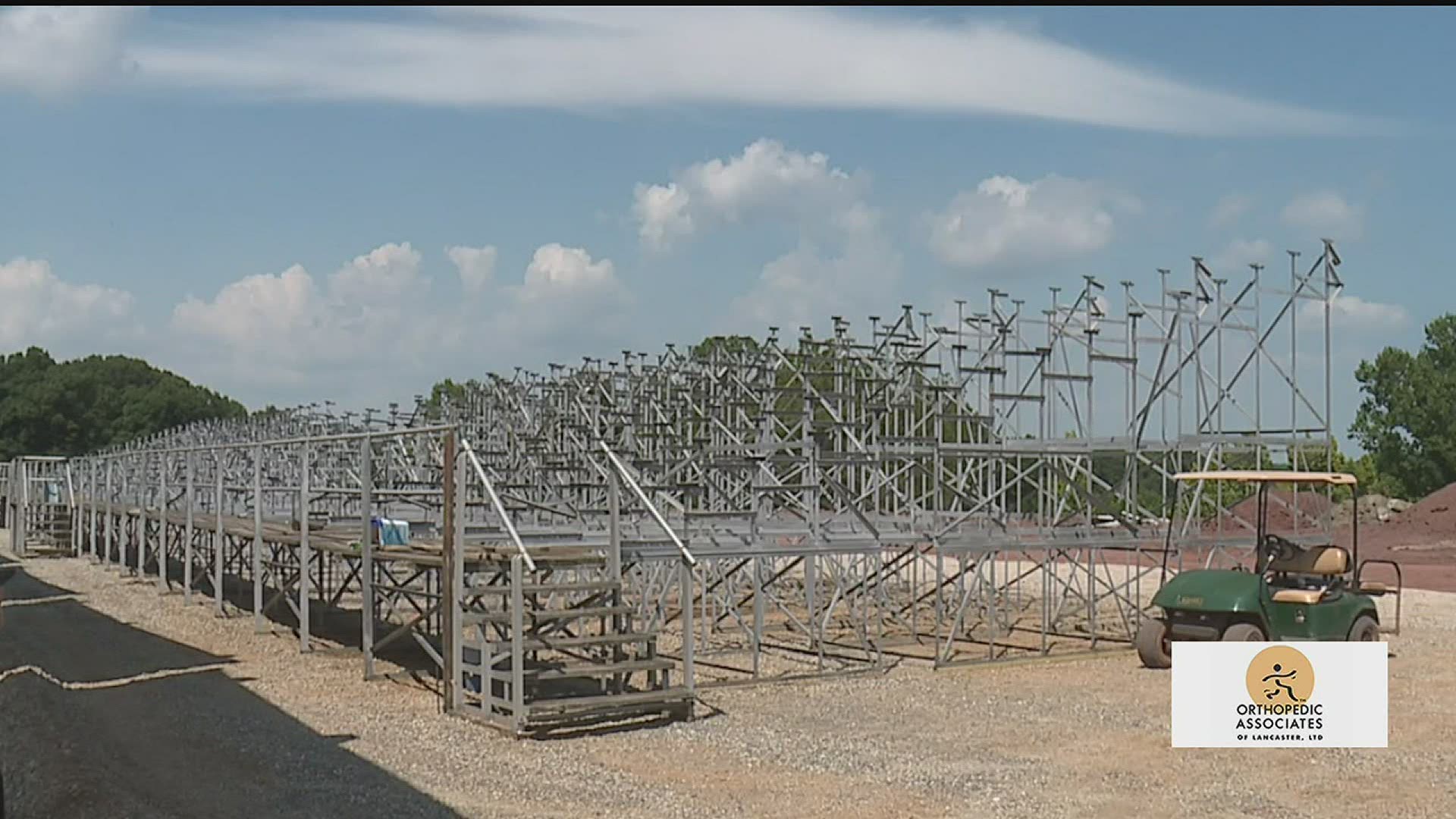 BAPS: Although it might be the middle of the season, BAPS Motor Speedway already looks forward to the 2021 season and took advantage of the weather to make improvements, adding more seating.

“We’ve been talking about wanting to do something different and upgrade. Bring the safety and everything back to the way it should be. So, being able to do this, we’re check off a lot of boxes," said Kolten Gouse, BAPS Motor Speedway.

The new stretch of grandstands will add over 800 seats to the backstretch. They were donated by Littlestown High School.

“For the size of these grandstands it was just a perfect fit for them to go here and to try to put them up in the winter time is just not really feasible,' said Gouse. 'There’s just too much stuff that will go on with weather. So, it’s just a perfect time to do them now.”

The newest addition won't be ready until the 2021 season because they will need to reposition billboards around the track, add new fencing to the rest of the backstretch and the turns and replace the guardrails.

Those seats will be available for pit passes.

Williams Grove: Three drivers pulled double duty at the Grove in the 410 and 360 URC's. Steve Buckwalter, Anthony Macri and Lucas Wolfe accepted the challenge in both divisions. Buckwalter wins his heat in the 410, started on the pole then led every lap of the A-Main to win the feature.

“Definitely like being in second when it comes to lap traffic. Just not sure how hard to pace yourself. You know, when the cushion starts getting choppy, it’s real easy to get over it and make a mistake," said Buckwalter.

Onto the 360 URC A-Main, Anthony Macri finished ninth in the 410 feature. He was determined to land himself in the 360 victory lane. He took the led a handful of laps in and never looked back.

“You’re getting twice the laps of anyone else, no matter what class you’re in. The 410s or 360 so, you’re kinda on top of the track a little bit better than the other guys and it obviously works towards you advantage," said Macri.

Port Royal: Saturday night action at the Speed Palace stated with a dozey in turn one. Logan Wagner losses it. Collects Lucas Wolfe. Landon Meyers then can't stop in time as he runs over Kyle Reinhardt.

Dylan Cisney and Jeff Halligan go back and forth on the final lap but it was Halligan at the line for his first career win at Port Royal.

Freddie Rahmer finds his groove once again at Lincoln. He goes from ninth to victory lane.