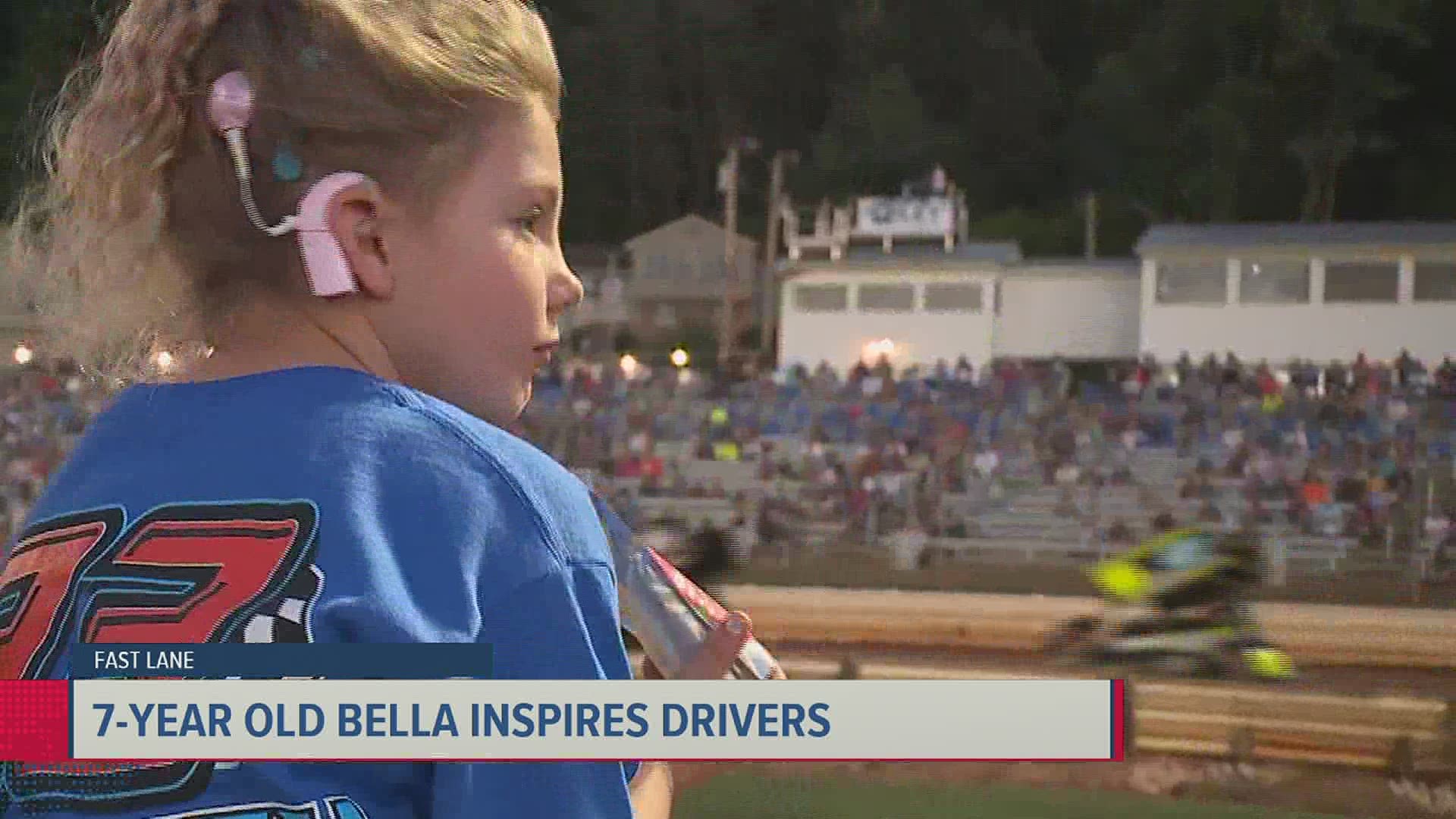 Going to the races for some is a hobby.  For 7-year old Bella Fuhrman, it's an escape to block out everything she's dealing with and be a normal kid.  A trip to a local track, especially Lincoln Speedway, is one of Bella's favorite things to do.

"Because someone wins," she says with a smile. "I started coming with my Mom."

Of course, Bella loves to watch the cars race but she also loves to play in the sandbox in the infield with her friends.

“I saw her playing in the sandbox one night," explained Logan Carbaugh who drives the #27 Central PA Legends car.  "So, I walked over and said 'hi, how are you' and I saw her ears and followed her over to Sarah. Introduced myself and since then, this family has been like my family when I go to the races.”

Bella was born at 34 weeks.  Doctors said she has mild to moderate hearing loss and would need implants.  But in June, Bella's cochlear implants that she's had since she was an infant were recalled and started malfunctioning.

Two months later, Bella had to have surgery to get them replaced.  Instantly, word spread through the pits and drivers made her a video wishing her luck.

"We just kind of kept her in our thoughts and prayers," detailed Aaron Updegraff.  Aaron drives the #77A with the Central PA Legends.  "We were seeing pictures and her progress through the operation.  We were all pulling for her."

Nearly two weeks after her surgery, she was back at the track.

“Seeing that she’s here with us and putting on a great fight, smiling, walking around,  it’s an amazing feeling that even some wins can’t even accomplish," admitted the driver of the 51 car Travis McClelland.

Bella still has a long road to recovery with countless doctor's appointments. The important thing is she's making great progress.

“She’s truly an inspiration to all of us with her courage and strength," said Brent Marquis who is behind the wheel of the Central PA Legends #93.  "At such a young age with everything she’s been through.”

The Legends drivers adopted Bella as one of their own.  Her Mom came up with a decal to put on the race cars so she can take every lap with the drivers no matter where they race.

“From now on, she’s an honorary member of the Central PA legends.”

Also included in this Fast Lane report is action from the Speed Showcase at the Speed Palace in Port Royal.