Cole Wagner homers in the bottom of the seventh to lift the Patriots to the 7-6 win. 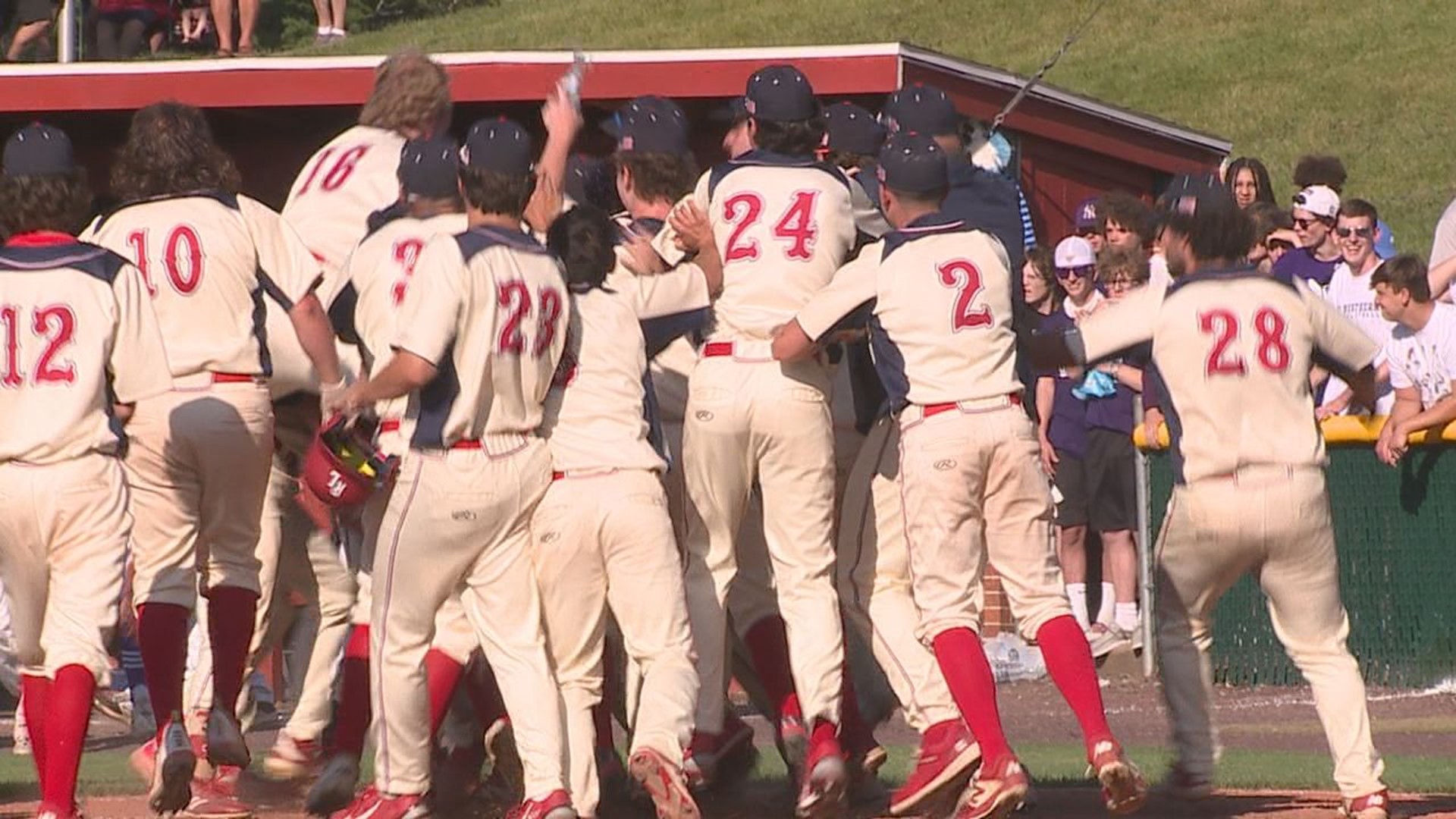 YORK COUNTY, Pa. — Red Land and Northern had to wait an extra day to decide who would lift the District III 5A baseball championship.  It would end up being a game that no one will forget anytime soon.

There was drama, lead changes, and a walk-off home run, and that was just in the seventh inning.

The Patriots' Cole Wagner played the hero role, hitting a home run to lead off the bottom of the seventh, giving Red Land the 7-6 win on Friday night, and their first district title since 1990.

You can see the extended highlights from the Polar Bears and the Patriots in the video above and we'll hear more from Red Land coming up on Sunday on the FOX43 Sunday Sports Frenzy at 11PM.