The Dallastown punter will be a preferred walk-on for the Nittany Lions. 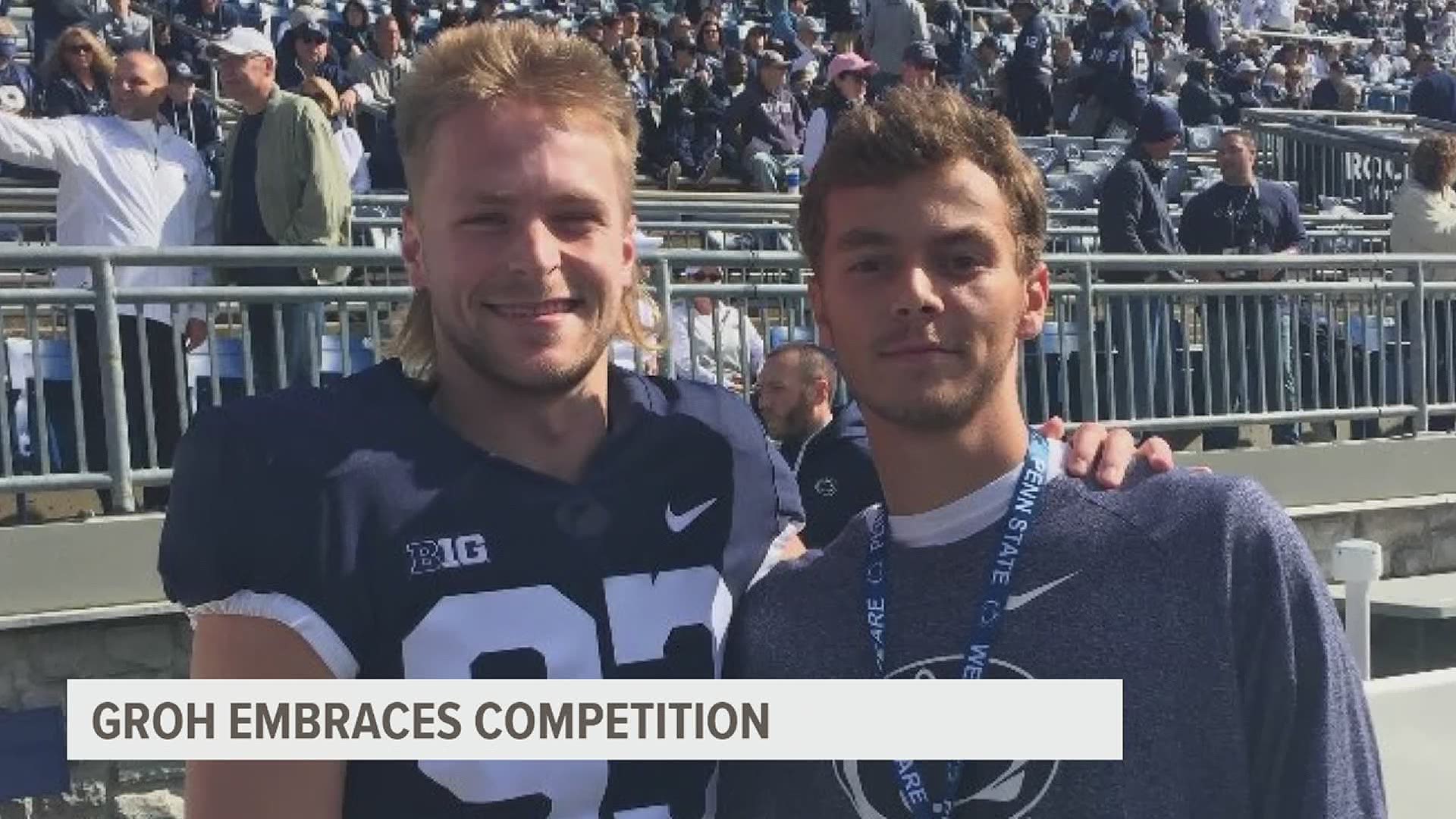 DALLASTOWN, Pa. — If you've watched Penn State's special teams at any point over the past few seasons, you've seen a York County native standout on the field, as South Western's Drew Hartlaub continues to pin opponents deep as a gunner.

The Nittany Lions next big punt team weapon could be coming from the same county.

"The competition part is everything," said Groh.  "Going out there and doing the best you can and seeing what you can do up against other people."

The Wildcats punter has competed in everything, whether it's football, soccer, or hockey.  Practices and games were not enough for Groh.  In the summer he'd travel to see how he stacked up against other specialists from across the country.

"I was just seeing how I compared to the other competition out there and seeing the success I was having at an early stage, it just kind of continued and here I am," said Groh.

Prior to his junior year, Groh went to a position camp at Penn State University and his performance put him on the radar of the PSU coaching staff.

"I ended up winning the punting competition for my age group at the camp.  That's when Penn State really took off," recalled Groh.

The nationally ranked punter continued to put in the work during the pandemic, landing scholarship offers from Miami of Ohio and Fordham, but then came a preferred walk-on opportunity from the Nittany Lions, an opportunity to do what the York County native loves, compete for a spot.

"The competition part is what drives me, to go out there, do your best and work hard because anything can happen with hard work," added Groh.

Now, the young man that used to receive Penn State-themed gifts for Christmas while growing up, was able to give the Penn State coaches an early Christmas gift, by announcing that he'll be a Nittany Lion.