The Bears avenged a Lanc-Leb Tournament loss to the Pioneers on Monday. 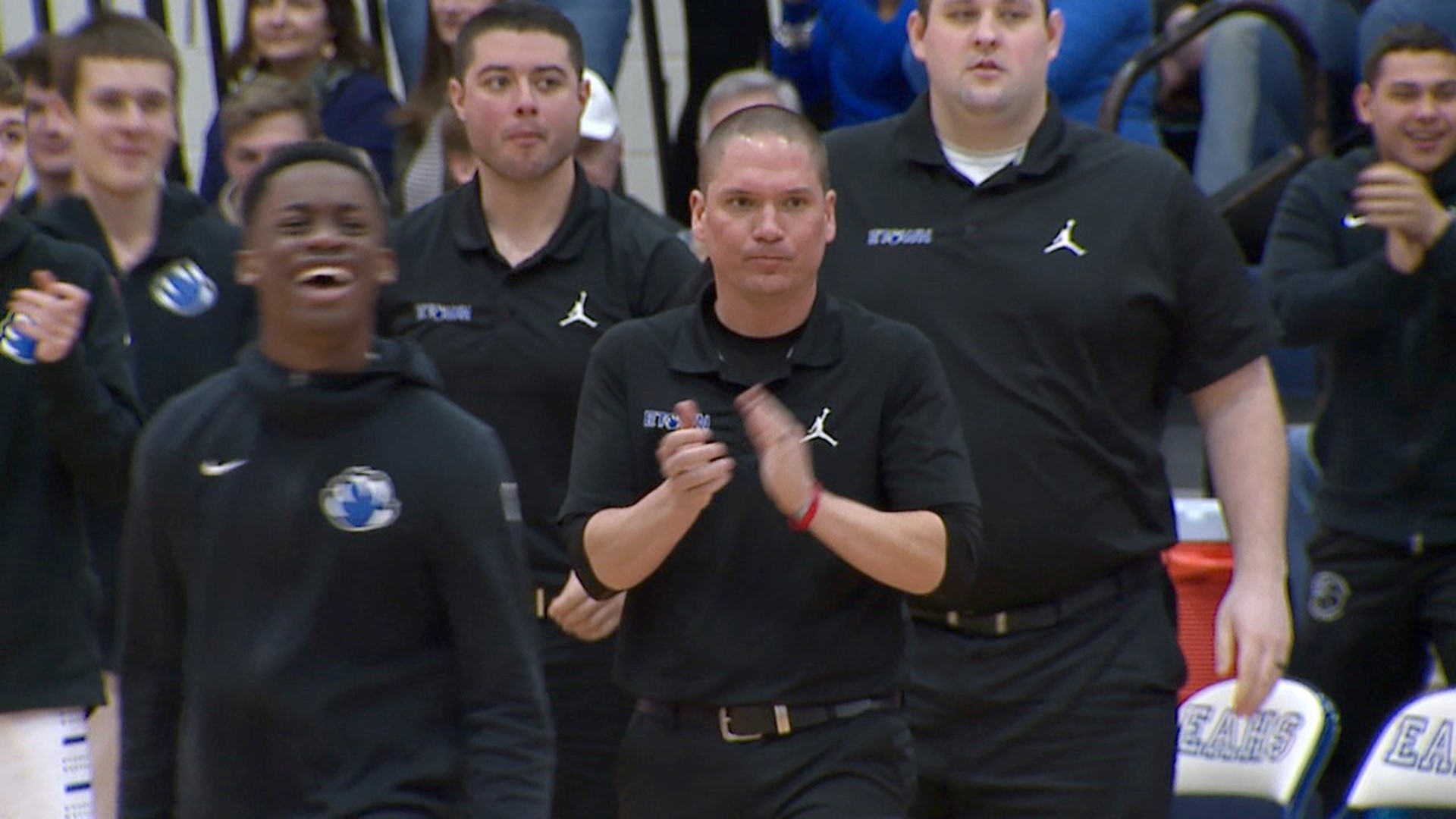 LANCASTER COUNTY, Pa. — Lampeter-Strasburg held the lead in the third quarter, but Elizabethtown used a run to go ahead and hold on, picking up the 62-56 victory to start the district tournament.

In a battle of York County teams, York hosted York Suburban to tip off the district tourney.  The Trojans gave it their all, but the Bearcats were a step ahead on Monday night, as York grabs the win, 81-65.

Milton Hershey and West York met up in Spartan Country and the Spartans defended their home hardwood, 76-54.