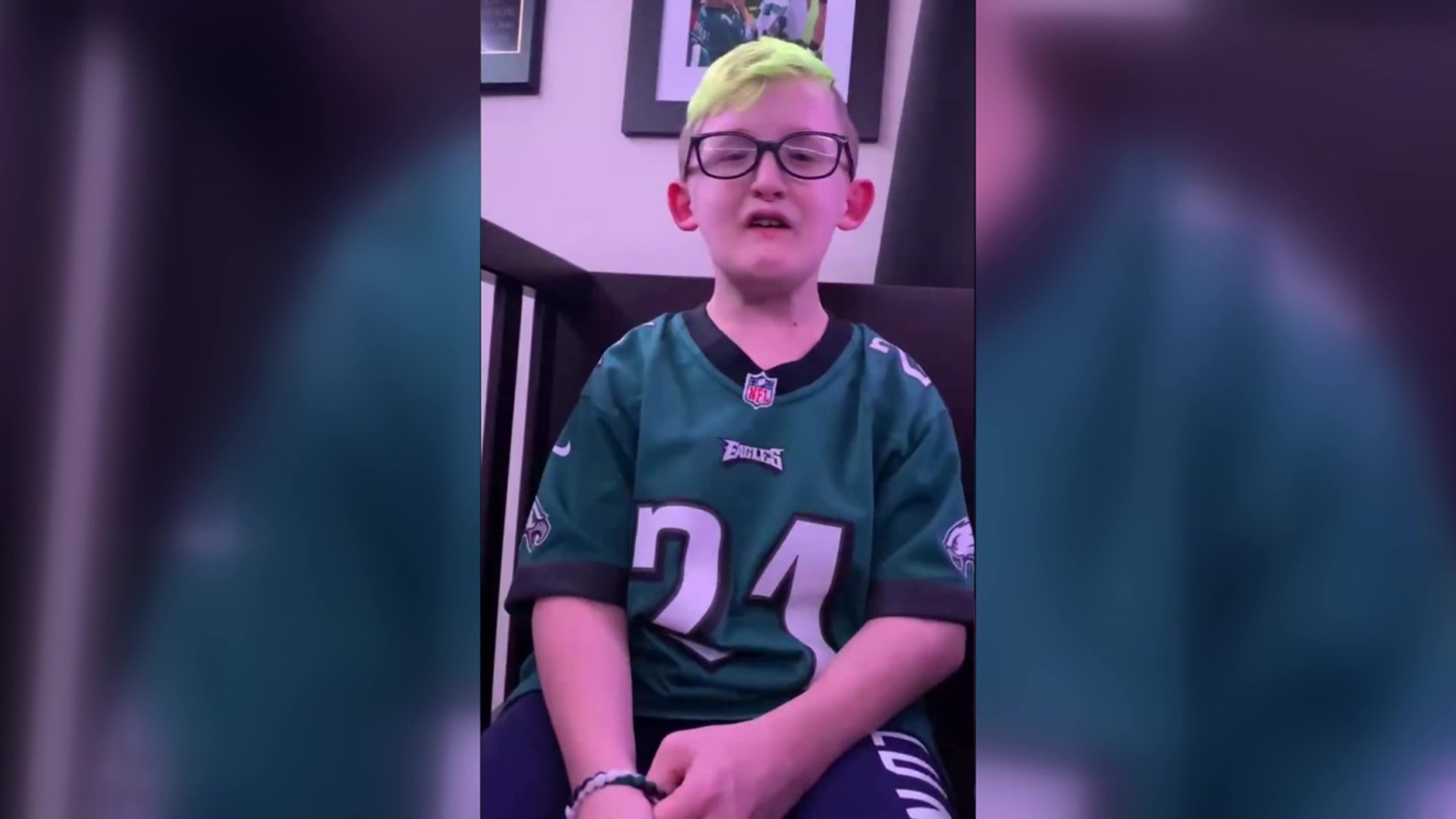 MUNCY, Pa. — Over the past week, Philadelphia Eagles super fan, Giovanni Hamilton, has turned into an internet sensation.

"It's been crazy, I mean there has been a lot of interviews, and its been really crazy," Giovanni of Muncy.

On Sunday, Giovanni was watching the game between the Dallas Cowboys and New York Giants.

In that game, Dallas Cowboys' quarterback, Dak Prescott, had to be carted off the field for a severe ankle injury.

Giovanni suffers from Schwartz Jampel Syndrome, a disease that affects his bones and muscles.

So, Giovanni posted a video to Twitter supporting his rival team's star player.

"I hope you see this brother, I hope you're doing okay. I have been through a lot of pain but I can't even imagine, that looked like it really hurt. I heard you're going into surgery and I wish you luck and I hope you get that comeback story that you deserve," said Giovanni in the Twitter video.

The video has been viewed over one million times.

He has received interview requests from media across the country.

"The news in Philly, the news in Dallas, you, and ESPN," said Giovanni.

And even Dak Prescott reached out to Giovanni with this message on Instagram after he saw the video.

"He messaged me on Instagram and said that he appreciated my video and that it meant a lot to him," said Giovanni.

However, his feelings about the Dallas Cowboys have not changed.

"I like him as a player, but his team, his team sucks," said Giovanni.

Giovanni also has his own podcast that he records every week.

He has had special guests including NFL players and high-profile sports media people.

If you want to listen to any of his podcasts, you can find them here.

for @dak get well soon brother and i hope u get the comeback story u deserve bro pic.twitter.com/yaZeY1U57z