The Gettysburg senior is now Pennsylvania's wins leader by a high school female wrestler with 73. That's a number that's only expected to increase 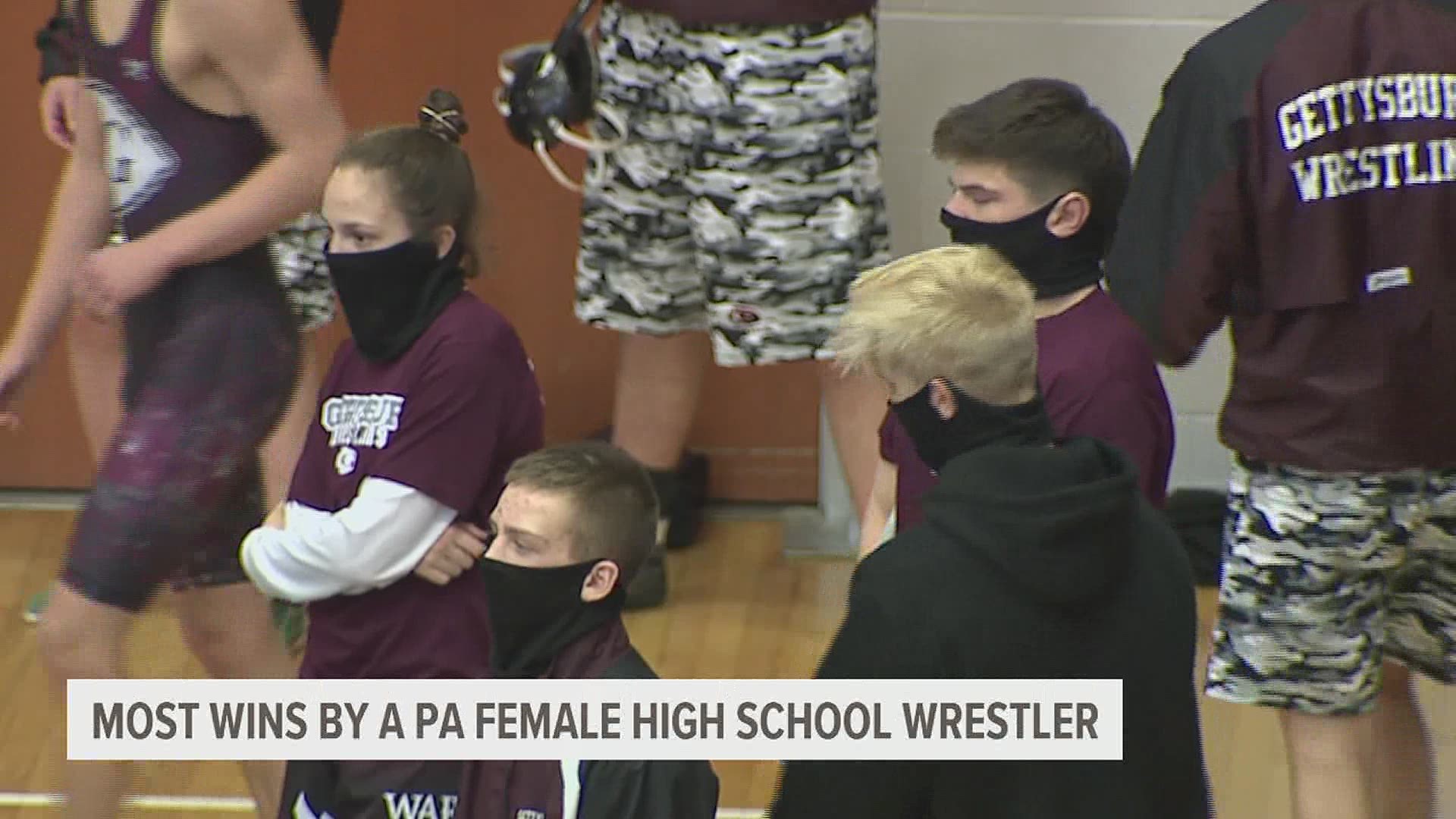 The home team looked right at home all day long.

The Warriors started their morning with big a win over Biglerville, and Max Gourley increased Gettysburg's lead in round two against Big Spring.  The senior, who is Virginia Military Institute bound later this year, picked up one of many pins on the day.  Two bouts later, Trevor Gallagher added another to help the Warriors to a 63-9 win.

It was a new opponent in round three as Red Lion stepped on the mat, but the pin parade continued for the Warriors.  Montana DeLawder runs her opponent for the fall, as the King University commit helps Gettysburg best the Lions, 63-9.

When the day was all said and done, it'd be DeLawder rewriting the history books.  The Gettysburg senior entered Saturday tied for the most wins by a female wrestler in Pennsylvania high school history, with 69 victories. DeLawder is now alone at the top with 73 wins and counting.

Gettysburg went 5-0 on the day.

But for all the teams involved, they know a day spent with teams like Gettysburg, Chambersburg, Palmyra, Red Lion, Big Spring, and Biglerville makes them all better in the long run.

"I'm thankful that we had the opportunity to come in and wrestle, getting in five matches," said Biglerville coach Ken Haines.  "They're quality matches and we're having a great time.  My guys were ready to wrestle and anxious to get back on the mat.  We've had a lot of practices and they were just raring to go."