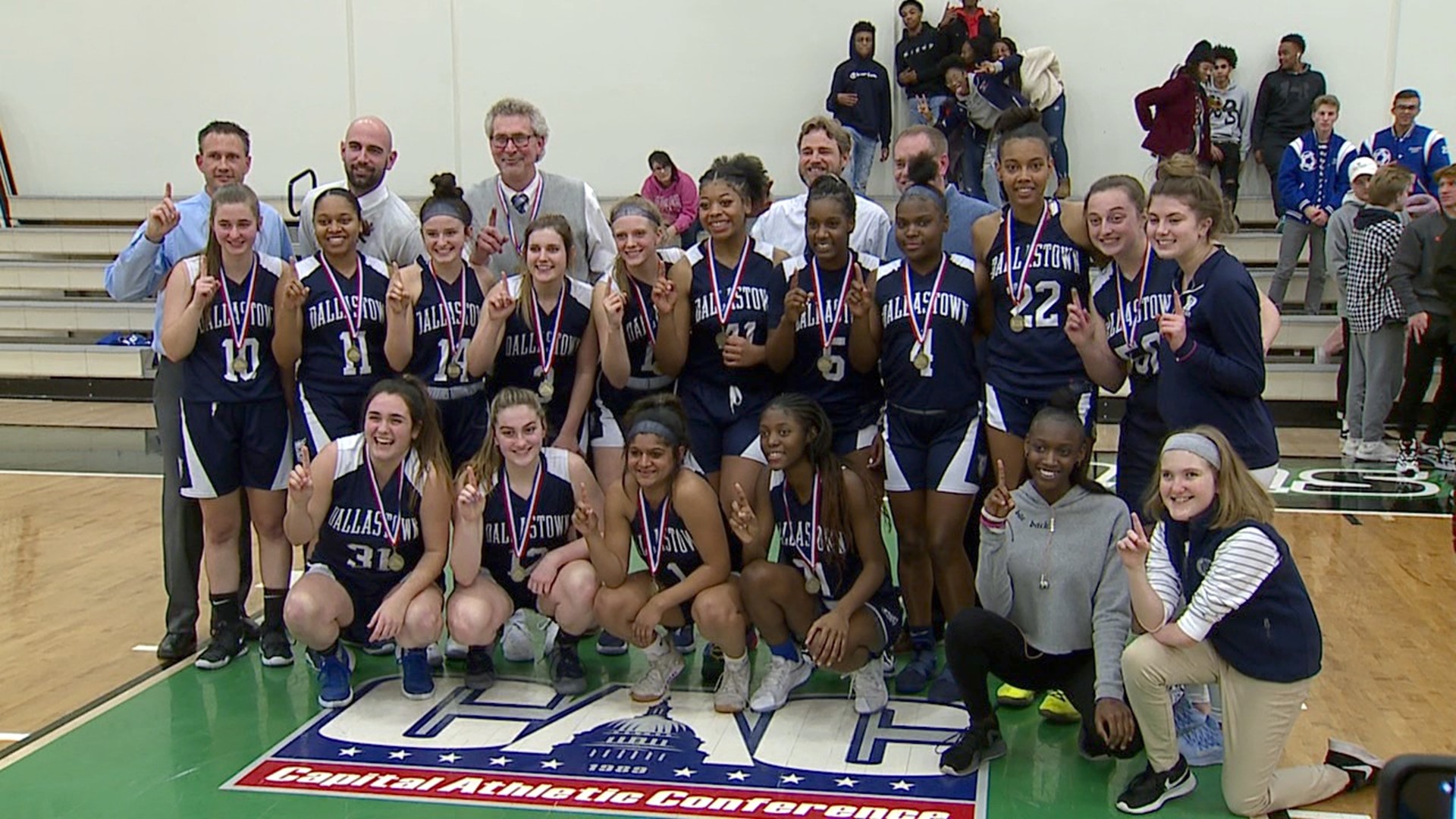 YORK, Pa. — It went down to the wire, but for the second straight season, the Dallastown Wildcats are your York-Adams champions after besting Gettysburg, 42-38.

Dallastown was able to carry the momentum into the half after a pair of buzzer-beating buckets to end the first and second quarters.

While the Warriors were able to tie it in the second half, the Wildcats defense would stand strong down the home stretch, and hit the clutch buckets whenever they were needed.