The Dallastown grad is in his freshmen year with the Panthers. 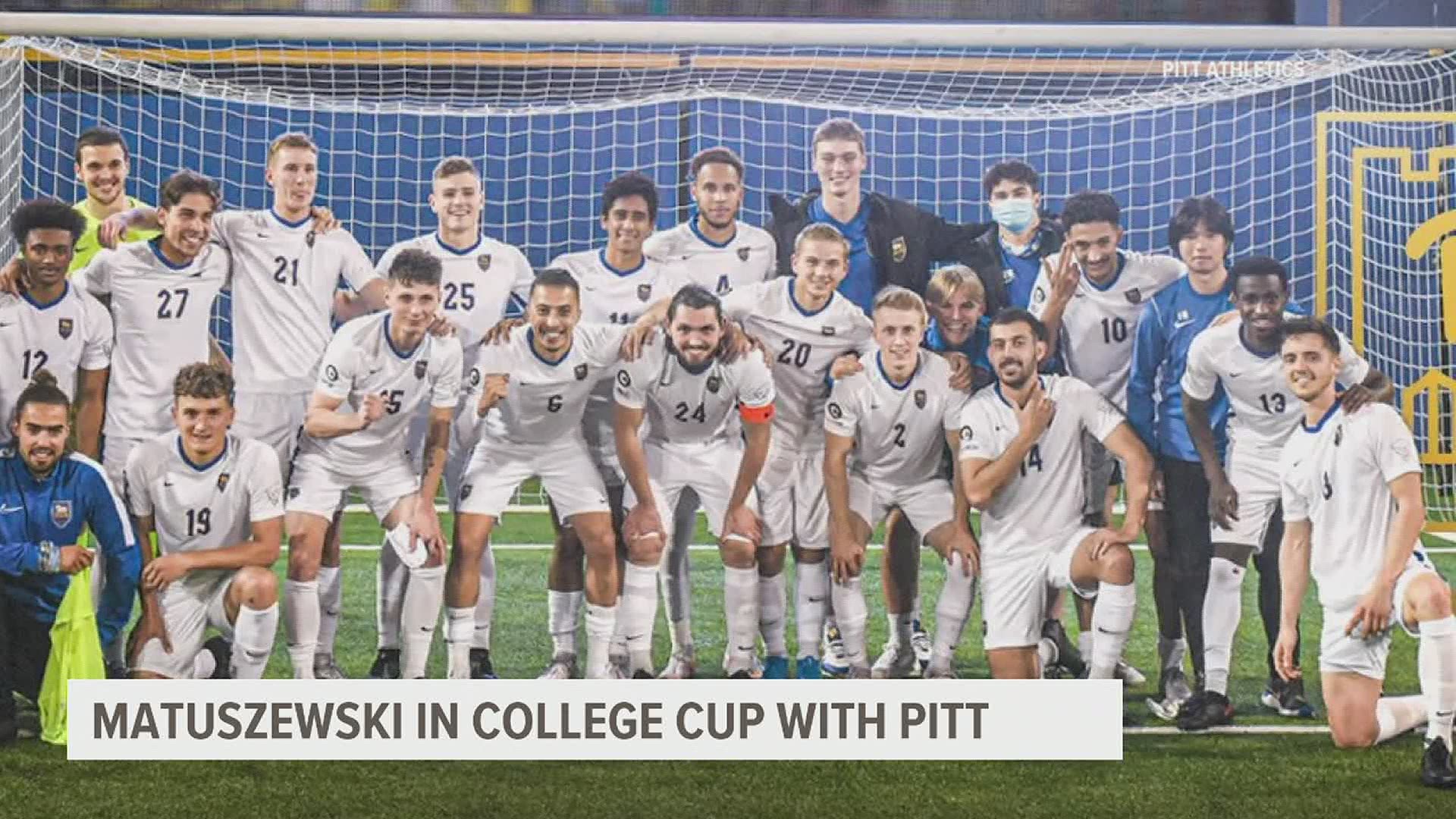 DALLASTOWN, Pa. — It wasn't that long ago that the University of Pittsburgh men's soccer team was sitting in the basement of a very tough ACC.

The Panthers brought in a new coach, who then recruited Dallastown's Lucas Matuszewski.

Matuszewski played his high school years with PA Classics out of Manheim, but graduated from Wildcat country early and was on Pitt's campus last spring.

He and the Panthers are now in the College Cup, which is the NCAA's soccer edition of the final four and the head start is paying off for Pitt.

"Being in the ACC, we were one of the few teams that were able to play in the fall.  So I think that really helped us out a lot, getting games underneath our belt, and really bonding as a team.  This whole spring has just been amazing to us.  I mean, the whole season really.  I'm so proud of all the guys to see where we've come and where we're at now," said the Pitt freshman defender.

Pitt wasn't too far removed from a winless season when they went after @DtownHighSchool grad Lucas Matuszewski. I asked the former @PAClassics standout what went into his decision to head to @Pitt_MSOC, as they get set for the @NCAASoccer College Cup. @DTownFutbol @fox43 pic.twitter.com/iJtfkRDOcZ

The Panthers take on the Hoosiers Friday at 8:30PM for the right to play for a national championship on Monday.