Eagles soar after halftime to comeback and beat Rams 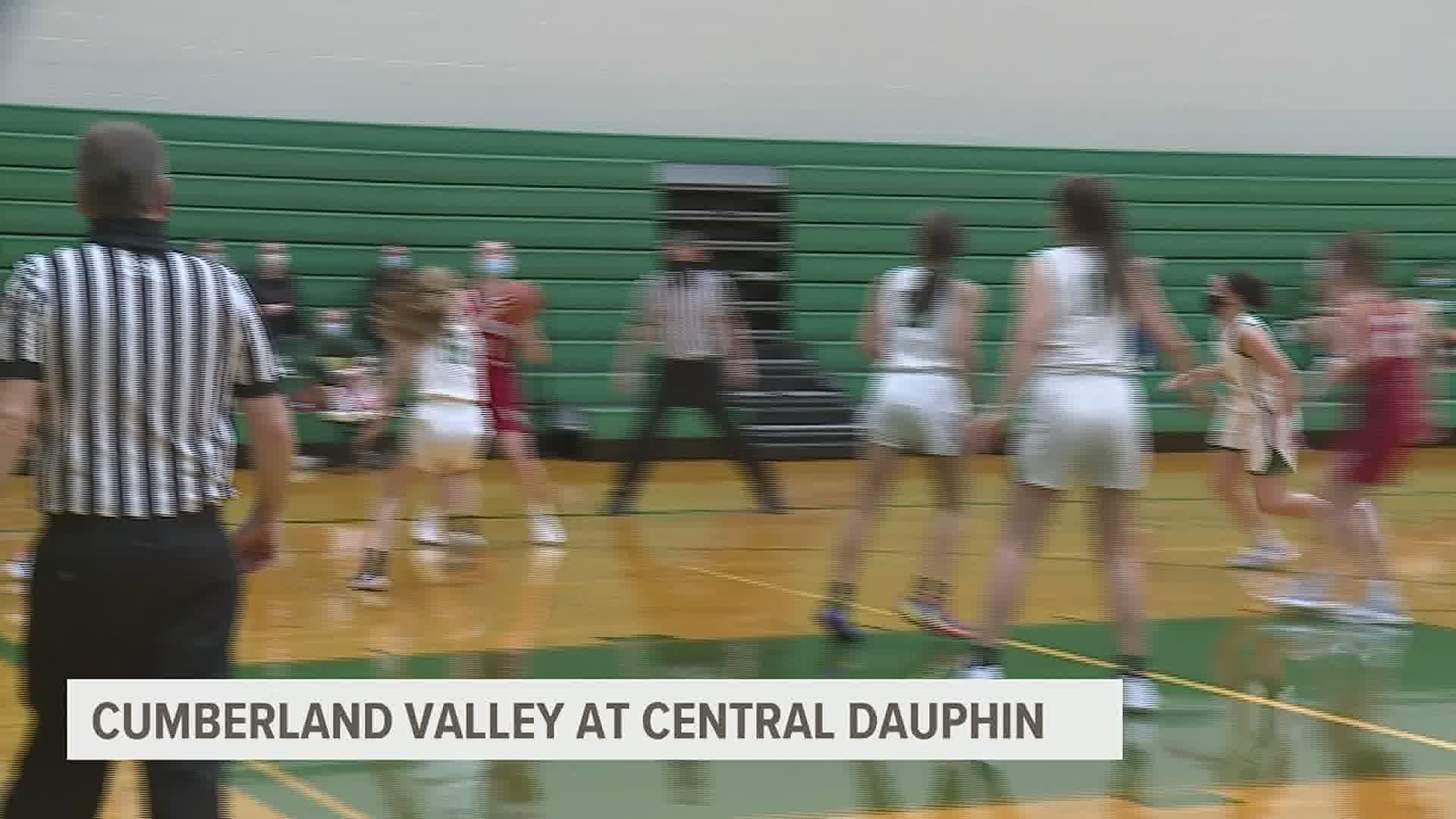 Always a great showdown in any sport but this time it is in girls basketball between undefeated Cumberland Valley and Central Dauphin for the top spot in the Commonwealth Division of the Mid Penn. Rams only league loss this year was last week against the Eagles.

Central Dauphin was looking for redemption Tuesday night as they hosted Cumberland Valley. In the the second quarter, the recent Niagara University commit Marlie Dickerson found Maddie LaFrance all alone in the corner to drop a three pointer.

That helped the Rams with a nice lead going into halftime, leading by 10 points, but the start of the fourth quarter. The Eagles cut that lead in half and quickly tie the game with a few buckets from Jill Jekot, Parris Burns, Julie Hill and Reagan Basehore. It was Dejah Hill's final buckets that sealed the deal for the Eagles. They stay undefeated with winning, 54 to 51.

"At halftime, we just talked about matching their energy because they we're really up on us on defense and we we're kind of giving them space to shoot. So, we really wanted to do that," said Hill, junior forward.

"It's very encouraging as a coach staff to see that we do have a team, that when they are faced with adversity, when they are behind by 11. I think it even got up to 13 at one point, that they again can come back," said Bill Wolf, CV head coach.