No. 4/6 Penn State hosts Indiana Saturday in a prime-time Big Ten matchup; here's what you need to know about the game

The Nittany Lions will be looking to avenge an overtime loss to the Hoosiers in Bloomington last year. 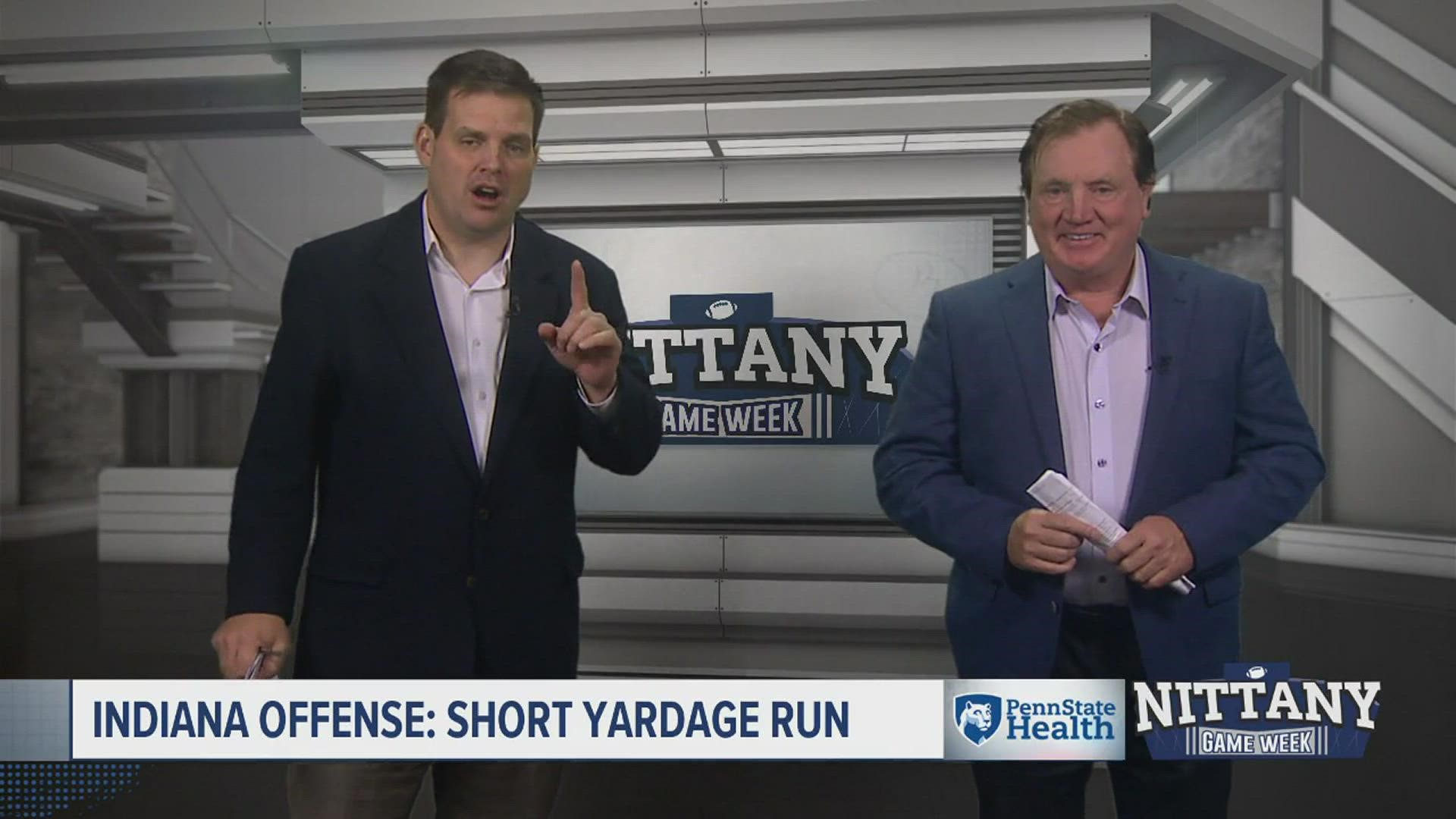 Here's what you need to know about the matchup, courtesy of Penn State Athletics and FOX43 Nittany Game Week guests Jay Paterno and Tom Bradley.

MOVING ON UP: Penn State moved up to No. 4 in the Associated Press Top 25 Poll and is ranked No. 6 in the USA Today/ESPN Coaches Poll. The Nittany Lions dusted Villanova 38-17 last week in Beaver Stadium.

SERIES HISTORY: Saturday's meeting with be the 25 matchup between Penn State and Indiana. The Nittany Lions have a commanding 22-2 series advantage over the Hoosiers, but their six-game winning streak over the Hoosiers was snapped last year when they fell 36-35 in overtime. Penn State outgained Indiana 488-211 in the game, but turnovers and other miscues eventually cost them, as Hoosier QB Michael Penix Jr. made a now infamous dive to the end zone pylon to provide the winning margin in OT.

Sean Clifford threw for 238 yards and three touchdowns, while running for 119 yards and a score in last year's loss. Jahan Dotson also caught four passes for 94 yards and a touchdown.

STRIPE OUT GAME: This will be Penn State’s sixth annual stripe out game. For more information on the stripe out, please visit: www.pennstatestripeout.com.

HEALTH AND SAFETY AT THE STADIUM: In alignment with University guidance, all fans will be required to wear masks in indoor areas and venues, such as Beaver Stadium suites, letterman’s lounge, club area, press box and All Sports Museum. While masks are not required in the stands and concourses of Beaver Stadium at this time, the CDC recommends people who are not fully vaccinated wear a mask in crowded outdoor settings.

MOBILE TICKETING: Penn State Athletics has fully converted to mobile tickets for all fans and all sports to allow for improved ticket delivery and management, as well as fewer physical contact points. Fans have been provided a variety of resources regarding mobile ticketing this summer to ease the transition, including a mobile ticketing guide at GoPSUsports.com/mobiletickets.

Fans are encouraged to save their mobile tickets to their Apple Wallet or Google Pay prior to leaving for the game. To assist in the gate entry process, mobile ticket scanners and walkthrough metal detectors have been added at every entry point.

Team arrival is scheduled for approximately 5 p.m. There will be a live music performance on the stage from 1:30-3:30 p.m.

ABOUT PENN STATE: Clifford was named Big Ten Co-Offensive Player of the Week following his 401-yard, four-touchdown performance against Villanova last week. Both numbers were career highs for Clifford. The senior completed seven passes of 20 or more yards.

Clifford and Dotson connected on a 52-yard touchdown on Penn State's first offensive play against Villanova. It marked the 16th passing touchdown between the duo. They trail only Todd Blackledge-Kenny Jackson (17) as the top QB-WR touchdown pair in Penn State history.

Among current FBS players, they are only trailing Iowa State's Brock Purdy-Charlie Kolar (17).

The Nittany Lions' 429 total passing yards against Villanova mark the second-highest total in school history, behind only a 454-yard passing effort vs. UCF in the Croke Park Classic in Dublin in 2014.

Defensively, Penn State did not allow an opponent passing touchdown through the first 147 passing attempts faced this season, the most in the FBS in 2021, and the first 15 quarters of the season. Ji'Ayir Brown recorded his second interception of the season and Penn State's fifth of the season against Villanova.

Penn State is allowing opponents only a 61.5 conversion rate in the red zone this season, ranking 10th in the country.

ABOUT INDIANA: The Hoosiers (2-2) are coming off a 33-31 win over Western Kentucky last week. Penix Jr. completed 35-of-53 passes for 373 yards, while Stephen Carr rushed for 109 yards and two touchdowns.

Charles Campbell hit four field goals, including a 46- and a 48-yarder. Micah McFadden led the defense with 12 tackles and a sack.

Penix Jr. has completed 55 percent of his passes for 821 yards and four touchdowns. He also has two rushing touchdowns.

Carr has rushed for 336 yards and three scores, while WR Ty Fryfogle has made 21 catches for 224 yards and a touchdown.

S Raheem Layne paces the Hoosiers with 22 tackles, while DE Ryder Anderson has 21 stops, including 5.5 for loss, three sacks and a forced fumble. LB Micah Mcfadden has 19 tackles with five for loss and two sacks to go with two forced fumbles.

K Charles Campbell has converted all seven field goal attempts this season, including four of 40+ yards. 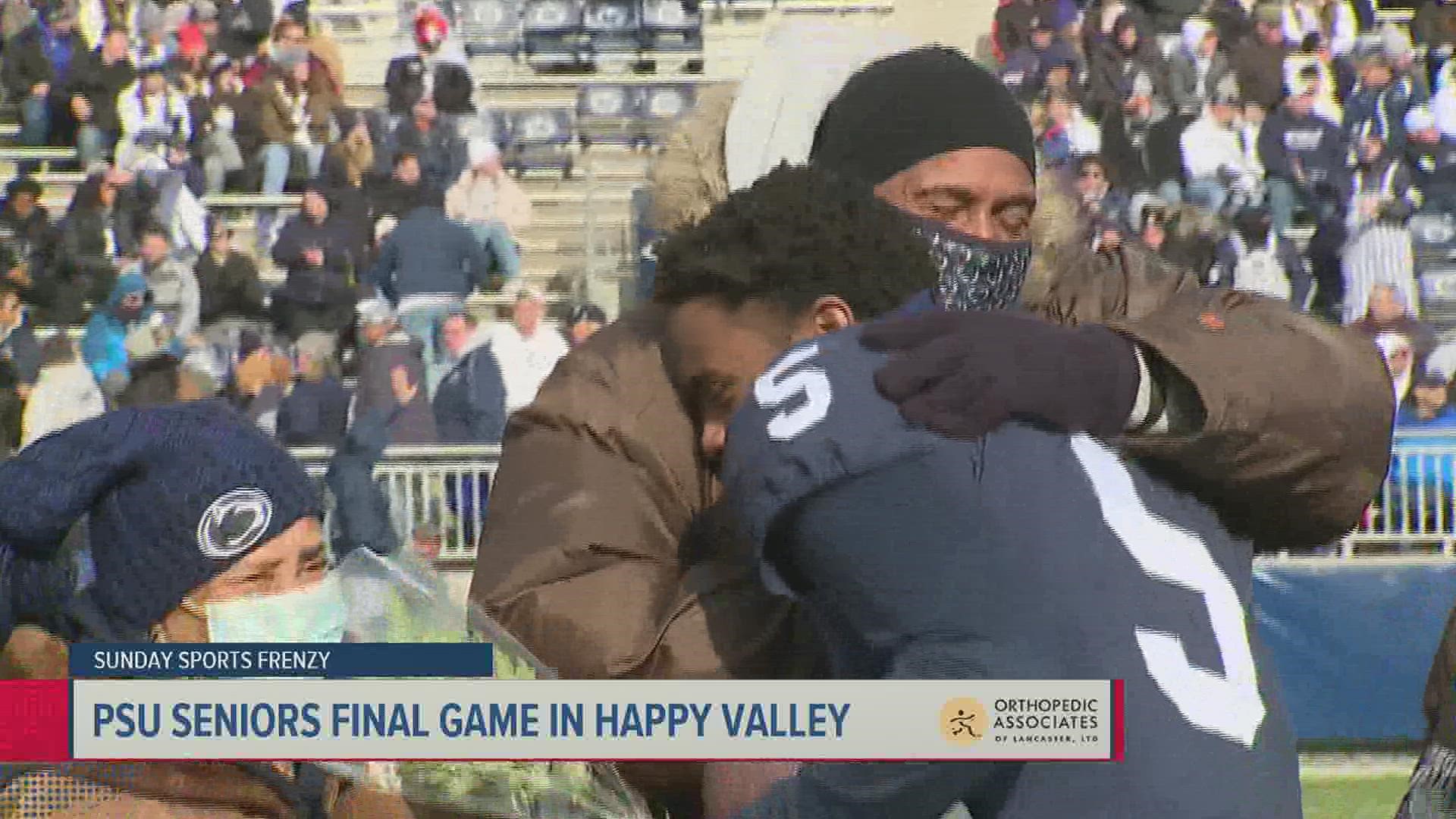