Penn State faces Ball State in its home opener Saturday; here's what you need to know

The No. 19/20 Nittany Lions host the defending MAC champions in the first-ever meeting between the two schools. Kickoff is at 3:30 p.m. on FS1. 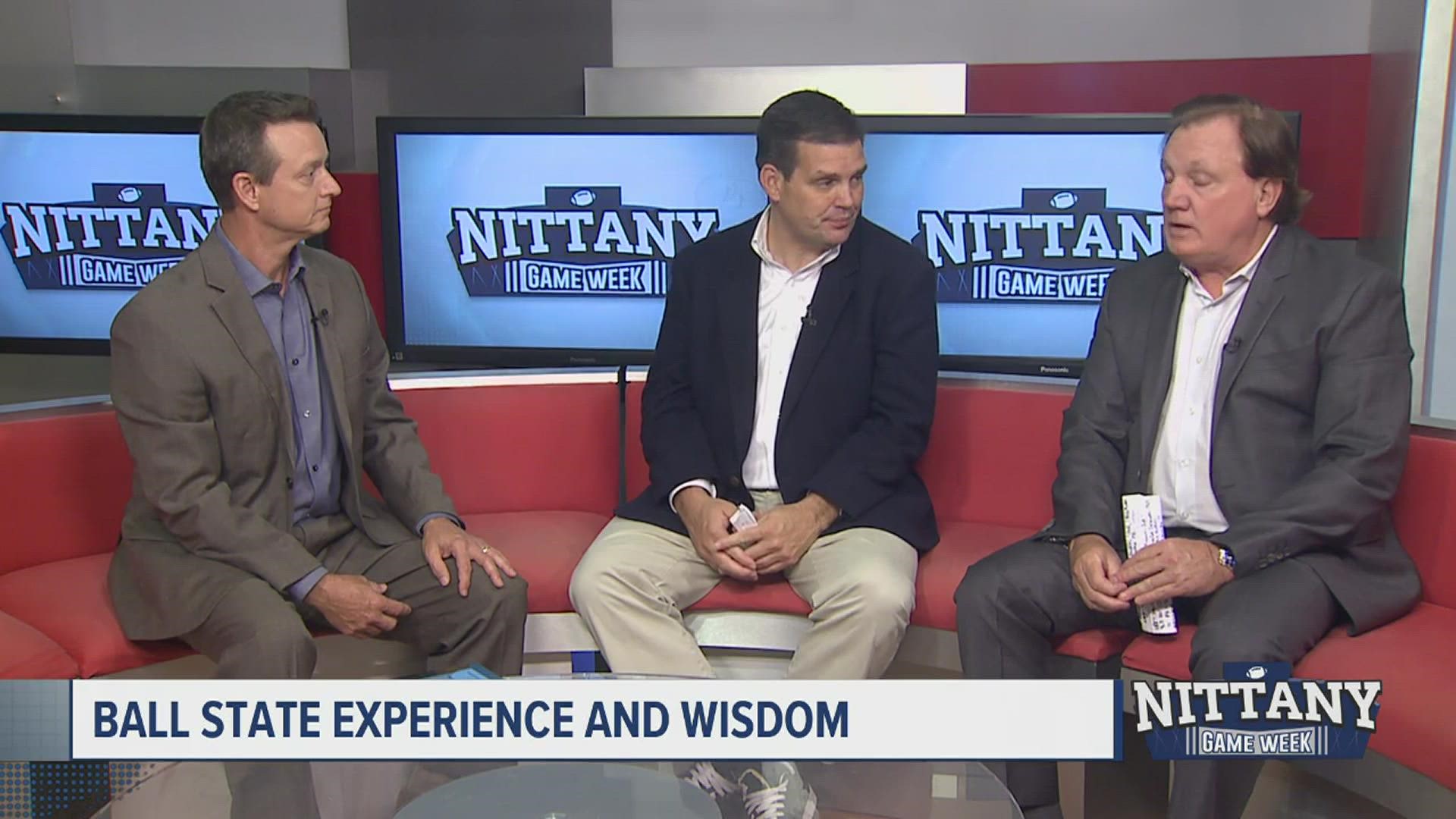 STATE COLLEGE, Pa. — After winning a nail-biter over Wisconsin in its season opener last weekend, Penn State returns to Happy Valley Saturday to host Ball State in its home opener.

Here's what you need to know about the matchup, with thanks to Penn State Athletics Communications:

Last week: Penn State opened both its season and its Big Ten schedule with a hard-fought 16-10 victory over Wisconsin at Camp Randall Stadium. After battling to a scoreless tie at halftime, the Nittany Lion offense woke up in the second half, putting up 254 yards and all of its points.

QB Sean Clifford completed 18 of 33 passes for 247 yards and found Jahan Dotson for a 49-yard touchdown. Dotson finished with five catches for 102 yards in all. RB Noah Cain was bottled up for the first half, but broke loose for a 34-yard run in the second half and later scored on a short plunge to give the Nittany Lions the lead for good.

But the real stars of the game were on defense for the Lions, who harassed Wisconsin quarterback Graham Mertz all day and forced three turnovers, including a pair of interceptions on the Badgers' last two possessions to preserve their slim lead.

Jaquan Brisker and Arnold Ebiketie were two of Penn State's defensive standouts against Wisconsin. Brisker's interception from inside the 10-yard line helped seal the victory, and Ebiketie battled through an injury to have a huge impact on the game. He even blocked a 25-yard field goal attempt in the first half.

Dotson's long touchdown catch was his eighth career TD reception of 40 yards or more. He also recorded the seventh 100-yard receiving game of his career, which is tied for third-most among current FBS players, and his third-straight game with over 100 receiving yards.

Penn State's victory was its fifth straight over the Badgers. The Nittany Lions improved to 3-1 when opening the season against a Big Ten opponent and earned their first road win over a ranked Big Ten opponent since October 12, 2019 at Iowa (17-12).

Back home in Happy Valley: Saturday marks the 62nd home opener in Beaver Stadium for the Nittany Lions, who are 119-13-1 all-time in home openers and 51-10 in openers at the Beav. Penn State has also won 17 of its last 19 home-opening games.

The MAC is back: While Saturday's matchup with Ball State is the first-ever meeting between the two schools, Penn State is familiar with the Mid-American Conference. With the exception of last season's abbreviated Big Ten-only schedule, the Nittany Lions have faced a MAC school in 18 straight seasons dating back to 2002.

About Ball State: The Cardinals opened their season with a 31-21 win over Western Illinois last week. Ball State put up 404 total yards, including 216 yards on the ground.

The Cardinals went 7-1 and captured the MAC championship last season, their first title since 1996. Ball State closed its season with a 34-13 victory over San Jose State in the Arizona Bowl.

Ball State brings back 23 starters from last season. Ten of those returnees were All-MAC selections, including linebacker Brandon Martin, the 2020 MAC Defensive Player of the Year. Four of those coming back were all-conference First Team members last season. There are a total of 16 "super seniors" on the Ball State roster.

QB Drew Pitt passed for 188 yards and two touchdowns against Western Illinois last week, while WR Justin Hall had eight catches for 137 yards and two scores. RB Will Jones paced the ground game with 93 yards and a TD.

The Cardinal defense gave up 437 total yards, including 367 through the air.

Hall, another First Team All-MAC selection last year, averaged 213 all-purpose yards per game last season, which ranked fourth in the nation. He caught 49 passes for 665 yards and four touchdowns while rushing for 231 yards and a score. In the return game, Hall averaged 24.6 yards per kick return.

Martin was Ball State's leading tackler last season, with 90 stops. He also had 6.5 tackles for loss and a sack.

Linebacker Jaylin Thomas was second on the team in tackling last year with 78 stops. He had nine tackles and a tackle for loss against Western Illinois.

However, as the 107k strong return for the first time since the 2019 season, fans will see a variety of game day improvements during their visit.

Need help getting there? 511PA has you covered: The Pennsylvania Department of Transportation is encouraging motorists traveling to Penn State home football games this season to plan their trip using the real-time travel information available online at www.511PA.com/psf.

New in 2019, 511PA includes travel information for every Penn State home football game, beginning with Saturday’s game against Ball State. Throughout the season, travel information will be available beginning the Thursday before each home game through the Monday after.

“Our goal is to help motorists plan ahead by providing them with as much information as possible,” said PennDOT Secretary Yassmin Gramian. “By providing this real-time information, motorists can more easily plan the route that works best for them as they travel to this exciting event.”