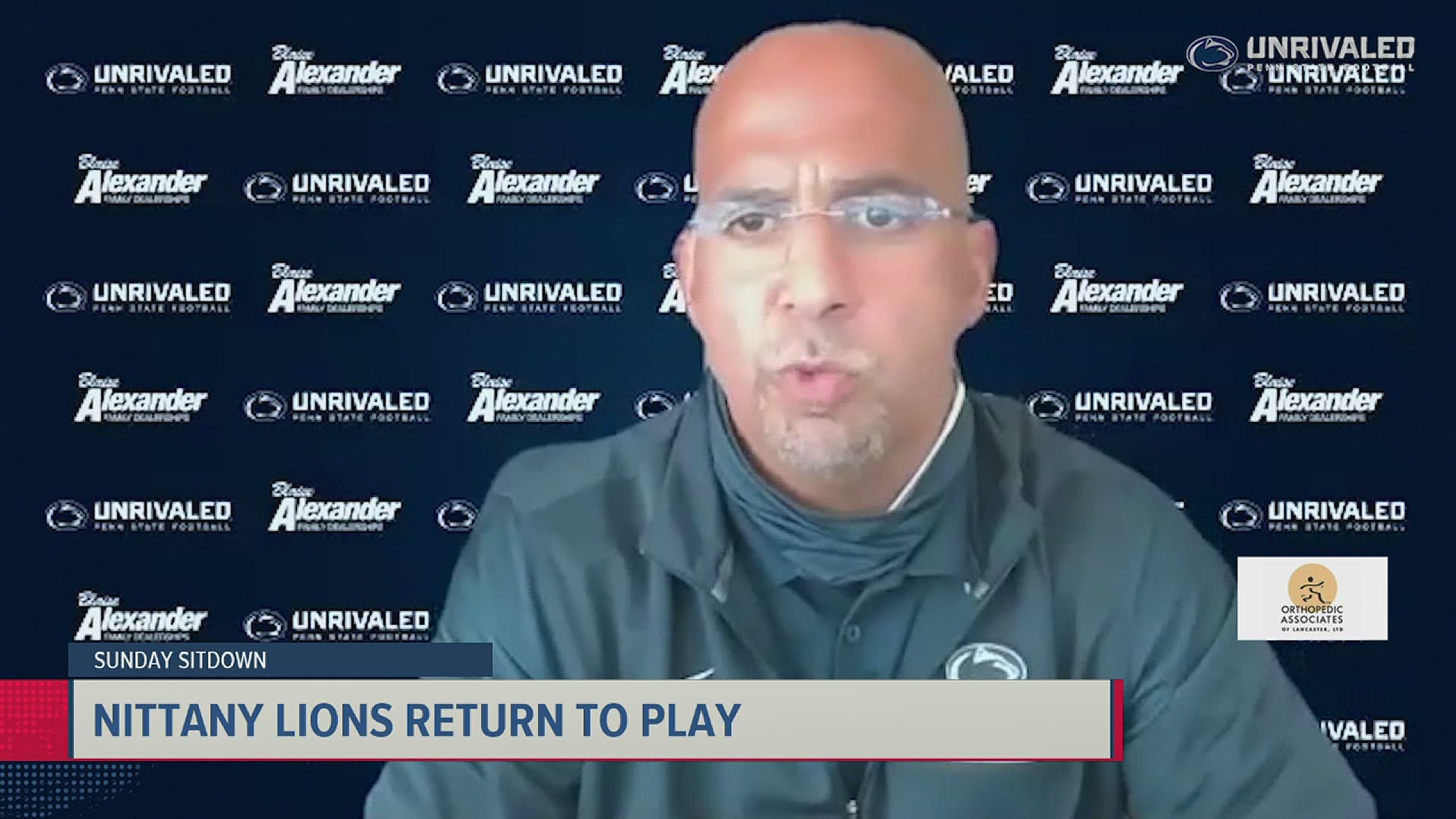 The Big Ten Conference announced last week that the football season will be reinstated so the team could play a 9-game schedule this Fall starting the weekend of October 23rd-24th.  Penn State Head Football Coach James Franklin answered questions from the Nittany Lions media the day after it was official.

Coach Franklin has been advocating for his players to return to the field as long as the conditions were safe.  With the majority of the Big Ten's presidents convinced that can happen, he's thrilled to get back to work with the Nittany Lions.

In the Sunday Sports Frenzy segment attached to this story, Coach Franklin discusses how different ramping back up will be for the players and coaches and also doesn't close the door on a possible return to the Nittany Lions for All-American Linebacker Micah Parsons of Harrisburg.