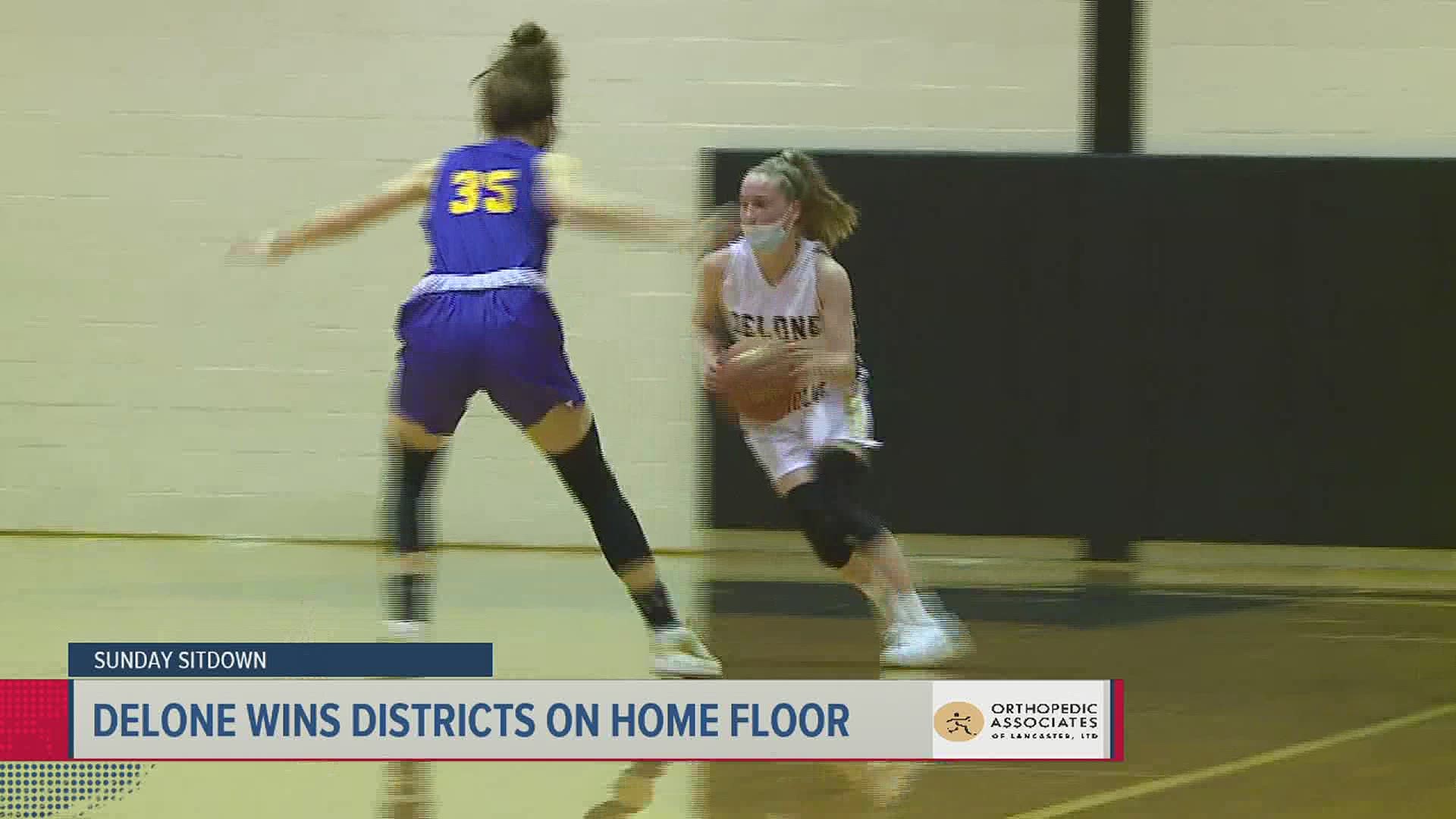 MCSHERRYSTOWN, Pa. — Consistently winning. That's how to describe Coach Gerry Eckenrode's Delone Catholic Squirettes. Whether it's regular season games, district championships or state titles, they consistently win year after year.  It's the reason why he was able to collect his 500th coaching win this season.  Coach has a lot less experience with Zoom interviews.  He and I did our best to connect for a Sunday Sitdown conversation via Zoom to discuss last year’s shutdown that cost the team a chance for back to back state championships, the night he won number 500 and the team’s most recent district final victory over another traditional power, Lancaster Catholic.

The following is a transcription of our Sunday Sitdown interview:

“We're working through the technology, a couple of old dinosaurs like us figuring this out with these things ..”

(Delone Catholic Coach Gerry Eckenrode)
“It's very disappointing to work so hard to get to that point and you’re at the point of about a week left in the season and it got cancelled so there's a bunch of just unfinished business left on the table. Right now I would say you just forget about it but back then it was so disappointing especially for my seniors.”

“So this year starts and it’s just different. No fans, masks that you have to wear, but you still get in there and you get to win number 500. Talk about the emotion that played out with that and a pretty strange regular season leading to the playoffs.”

(Coach Eckenrode)
“Probably people made a bigger deal out of the 500 than I did. My comment is you pretty much get to 500 wins because you're old and you got good players, then I qualify. It was a nice milestone but you know everybody kept building up to it but I didn't talk about it that much, it was nice and all. The few fans we had there, it was a nice celebration but you know me. I don't smile during the game and don't smile after the game so .. its just not my personality but it was nice I will say that and I have been blessed to have very good players and I am fortunate enough to work with them.”

“You've had such good players that you've had to bump up to 4A for the playoffs. It allowed for traditional powerhouses to go head to head (Delone Catholic played Lancaster Catholic in the District III 4A Girls Final). What was that atmosphere like being able to face a team that you have followed and seen and know a lot about and you played it on your home floor?”

“Well first of all it wasn't the Giant Center. They are a very good obviously, the difference between 3A and 4A is  probably the amount of good teams in 4A. In 3A, it came down to us and Trinity and sometimes York Catholic. You have to prepare a lot more for 4A. It meant a little more because if you didn't win you went home. Most of the state titles I have won has been from a seed other than a 1 or District Championship. It was a lot of pressure in that game and the kids did a good job executing the game plan.  They are good, they won 4 straight District Championships so to beat them, a well-coached team was very satisfying.”