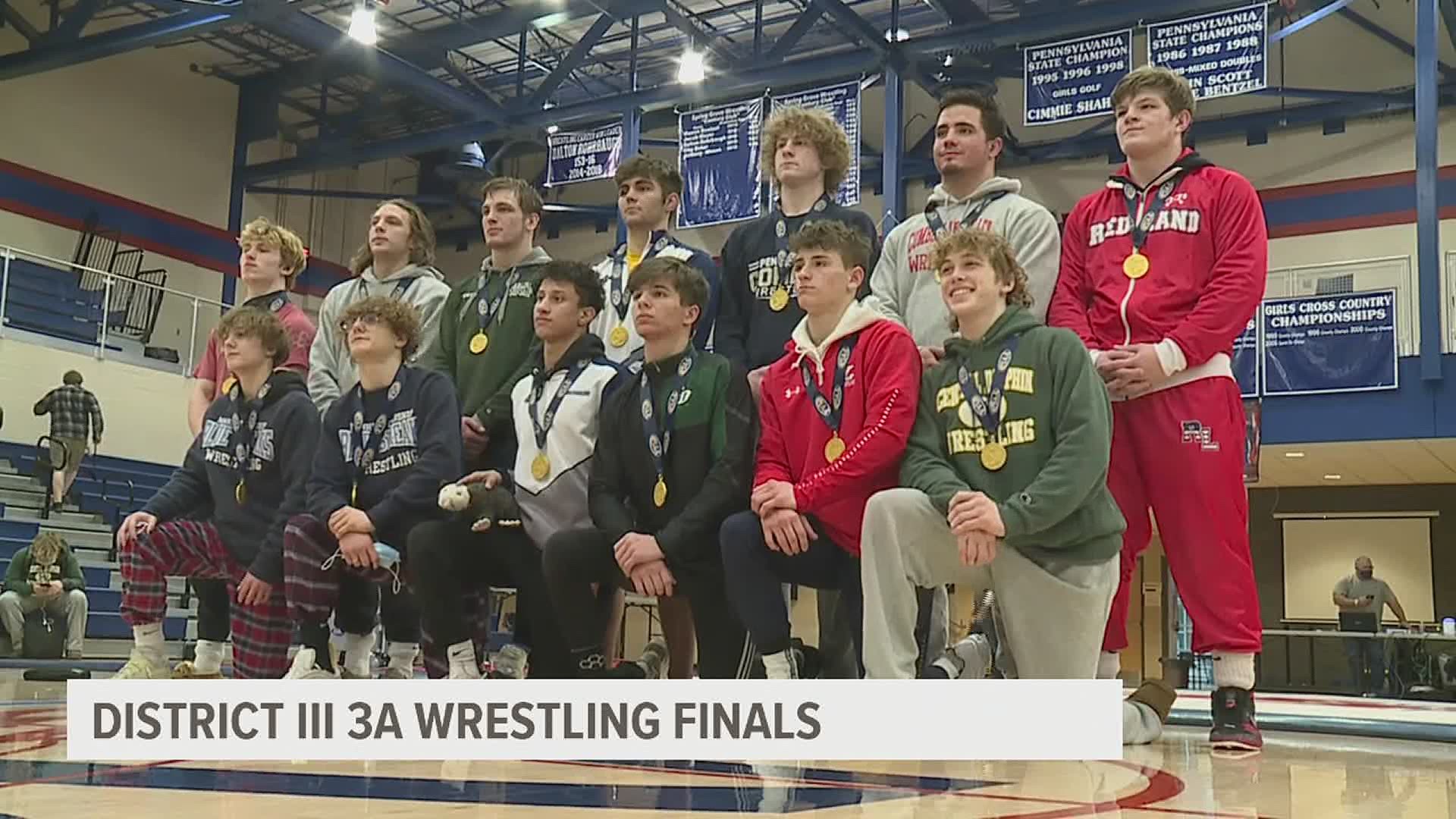 SPRING GROVE, Pa. — 13 champions were crowned at the District III 3A wrestling tournament at Spring Grove High School on Saturday.  Every one of them had to go the distance in the championship bout to earn the title and many of them were decided by a single point.

The very first final was a 4-3 decision for Manheim Township freshman Kaedyn Williams.  He improved to 21-0 in his first high school season. Kamdyn Williams is five minutes, yes minutes, older than twin brother Kaedyn and he secured the next title for the Blue Streaks at 113 pounds.  Kamdyn is now 17-0 for the year.

“It’s really rewarding," exhaled Shindledecker.  "I feel like the work I put in during the offseason and the season is starting to pay off."

Central Dauphin reeled off three wins in the next five championship bouts including Rams Sophomore Matt Repos at 126.  Josh Miller finished his day on top of the podium at 138 and a late takedown is the difference for Bryce Buckman at 152.

“This means a lot," admitted Buckman. "I just stuck through everything I had this year and just rolled with the punches and went with the the flow, didn’t get flustered and just kept wrestling."

The Rams collect the hardware for another team championship with Manheim Township finishing in second.  Other individual gold medal winners include Lebanon’s Griffin Gonzalez at 132 pounds and Hempfield’s Reagan Lefevre at 145 pounds. Sean Smith of Carlisle remains unbeaten at 160. Chambersburg’s Tate Nichter is on top of the 172-pound class while Colt Barley of Penn Manor muscles his way to the 189 title. Cumberland Valley’s Jake Lucas stays undefeated at 215 and Red Land’s Dylan Rodenhaber is also without a blemish so far this season at 285.

The top three finishers in each weight class advance to the Super Regional next weekend.