Sideline Cancer will take on the Golden Eagles in Tuesday's championship game. 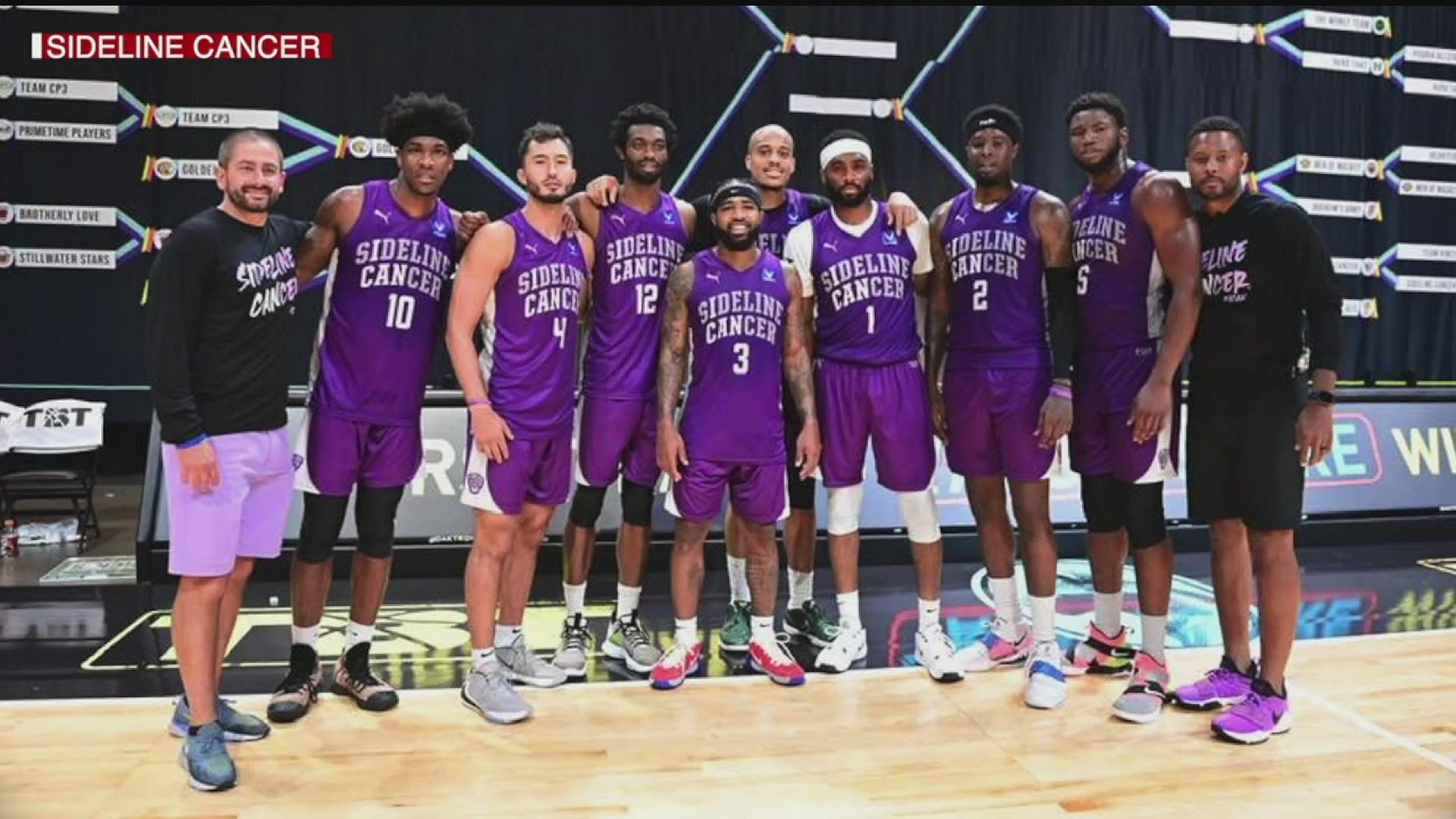 “We believe that if it wasn't for Jermaine we wouldn't be here right now.  Once we signed Jermaine we knew we were onto something and Jermaine actually is responsible for helping us add guys like Mo Creek and Remy Abell,” recalled Sideline Cancer Head Coach Charlie Parker.

The 22-seed in The Tournament is one of the last two teams left with a shot at the one million dollar prize.

“I won a championship this year in Spain, but it wasn't really a championship because we obviously didn't get to play out the end of the season,” said Sideline guard Patrick ‘Four’ McGlynn.  “You know, the plan is to win a championship for some money and a great cause, so you know if we win, that’s probably going to be the most memorable basketball experience I’ve had.”

If names like Charlie Parker and Four McGlynn sound familiar, it’s because not too long ago they were playing on the District III hardwood.  Parker is a Kennard-Dale grad who went on to become a Millersville University Hall of Famer.  ‘Four' McGlynn was a standout basketball player before heading on to play college hoops for Vermont, Towson, and Rhode Island.  Both York County natives have enjoyed the support from back home.

“I’ve got some messages and some social media noise from Kennard-Dale, which you know, goes back, way back in the day for me,” Parker said with a smile.  “Millersville’s giving me some shout outs.  So to be able to have central Pennsylvania say ‘Hey, we know those guys and they are out there fighting and clawing with some of these teams,’ I mean we just played Joe Johnson and he’s a seven-time all-star in the NBA.”

McGlynn was a last minute addition to the Sideline Cancer team.  As the squad was getting ready for the tournament, they were worried one of their players would test positive for COVID-19.  That’s when Coach Parker made a call to someone he knew from summer league hoops.

“He was the first guy I thought of,” said Parker.  “We could definitely use this three-point sniper.  I mean, it hasn't happened yet, but I’m telling you if it comes down to a timeout, late game scenario, then Four will be out there.”

“He asked me, if they could get it done, would I go, and I said ‘Yeah, in a heartbeat,’ so I had no hesitation about saying ‘yes’ to coming.  Thankfully we've been able to play really well as a team and to have gotten as far as we have,” said McGlynn.

With almost no sports going on in the country, they know that all eyes will be on The Basketball Tournament Championship.

“For this to be broadcasted on ESPN, it’s really cool to see all the people from York that are like getting together and going to places to watch it,” said McGlynn.

Sideline Cancer meets the Golden Eagles in the title game on Tuesday night at 7PM.