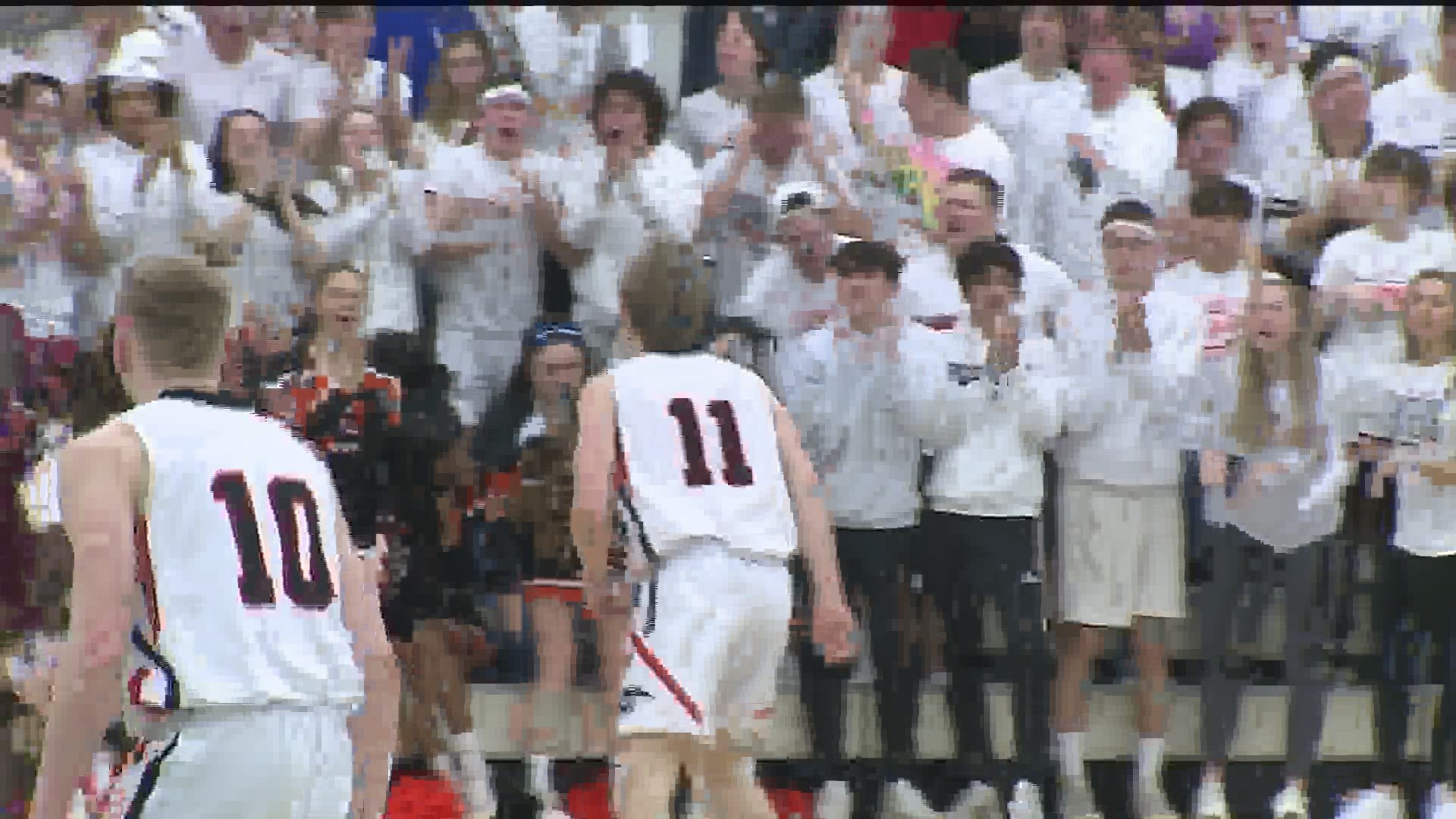 YORK, Pa. — They've advanced this far before only to watch their opponent celebrate a league championship on the floor at York College.  Five previous trips for Central York yielded just one title at the Grumbacher Center and that was the first time they played there. The Panthers trailed New Oxford at halftime in the York-Adams Championship but a suffocating 2nd half defense and opportunistic offense propelled them to a six-point lead after three quarters.  Central York never let the Colonials back in front again and captured the league title 42-32.  Highlights and reaction from the Panthers victory are included with this story.