Central Dauphin fell to Waynsburg, 42-3, in the PIAA 3A state championship. 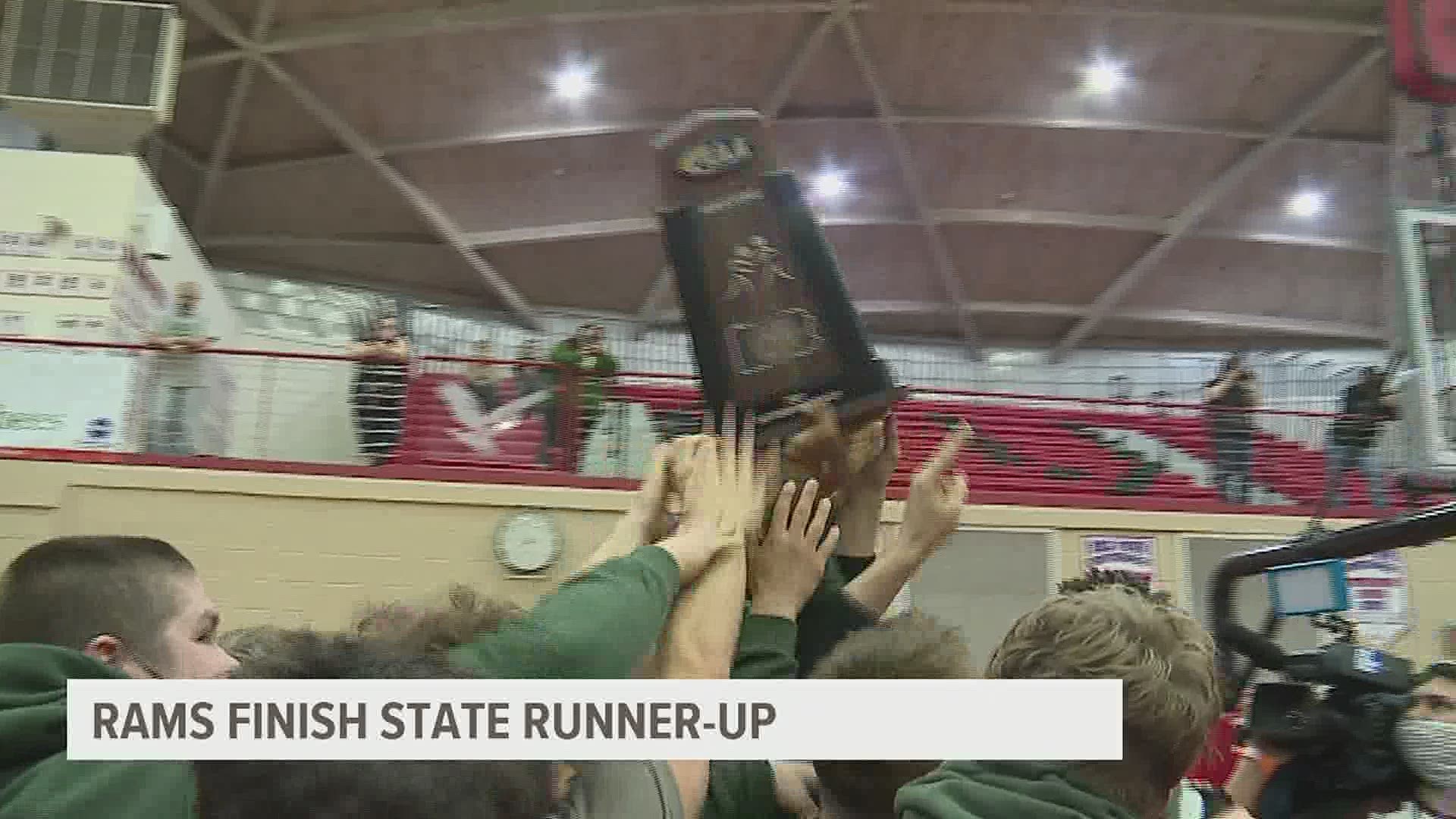 CUMBERLAND COUNTY, Pa. — On Saturday It was finally time for the PIAA team wrestling state championships, with Cumberland Valley as the host site.

Starting in AAA with Central Dauphin versus Spring Ford in the semifinals, the Rams flair for the dramatics continues.  Trailing 9-0, at 126 Matt Repos earned the fall to light a spark for CD.

Senior Josh Miller steps in at the 138 pound weight class, comes up with the takedown to the back and evens the match at 12.

After a tech fall by Ryan Garvick and a win by Bryce Buckman, the Central Dauphin fans can smell blood.

Down 22-20, in the 189 pound weight class, it's Timmy Smith on the mat and the big man would deliver with the win.

Nate Mosey bumps from 215 pounds to deliver a fall for a celebration and spot in the state finals with a 32-28 win.

"It was a crazy moment, me being put on the spot and getting it done for the team," recalled Mosey.  "I was just excited and happy it was me."

In the finals, Central Dauphin runs into a buzz saw in Waynesburg.  The Rams were down big, but fought hard to limit the bonus points, but Waynesburg bests the Rams for the state title, 42-3.  This is still a Rams team that won't be forgotten by Coach Jeff Sweigard anytime soon.

While emotions were riding high for Central Dauphin, Boiling Springs was trying to keep their season going in the AA bracket, as they took on state power house Southern Columbia.

The Bubblers are in the lead at 152 pounds.  Michael Duggan and his aggressive style continues to be a show on the mat.  He was on his way to a commanding decision.  At heavyweight, Julyan Dodson was smooth on his way to the decision.  The Bubblers made this one very interesting with a fall from James Snyder at 106 pounds, but the run comes to end with a 31-22 defeat at the hands of the Tigers.  In the third place bout, Boiling Springs fell to Burrell to claim fourth place in the state.  Coach Byers is proud off the team's toughness and grit all season long.

"I am very very proud of them," said Byers.  "They understand that at this time of year everyone has bumps and bruises.  I mean, they are tough.  That's how it is and that's all you can ask for, to be mentally tough and physically tough."