The Rams will advance and the Warriors will start preparing for the individual wrestling tournament. 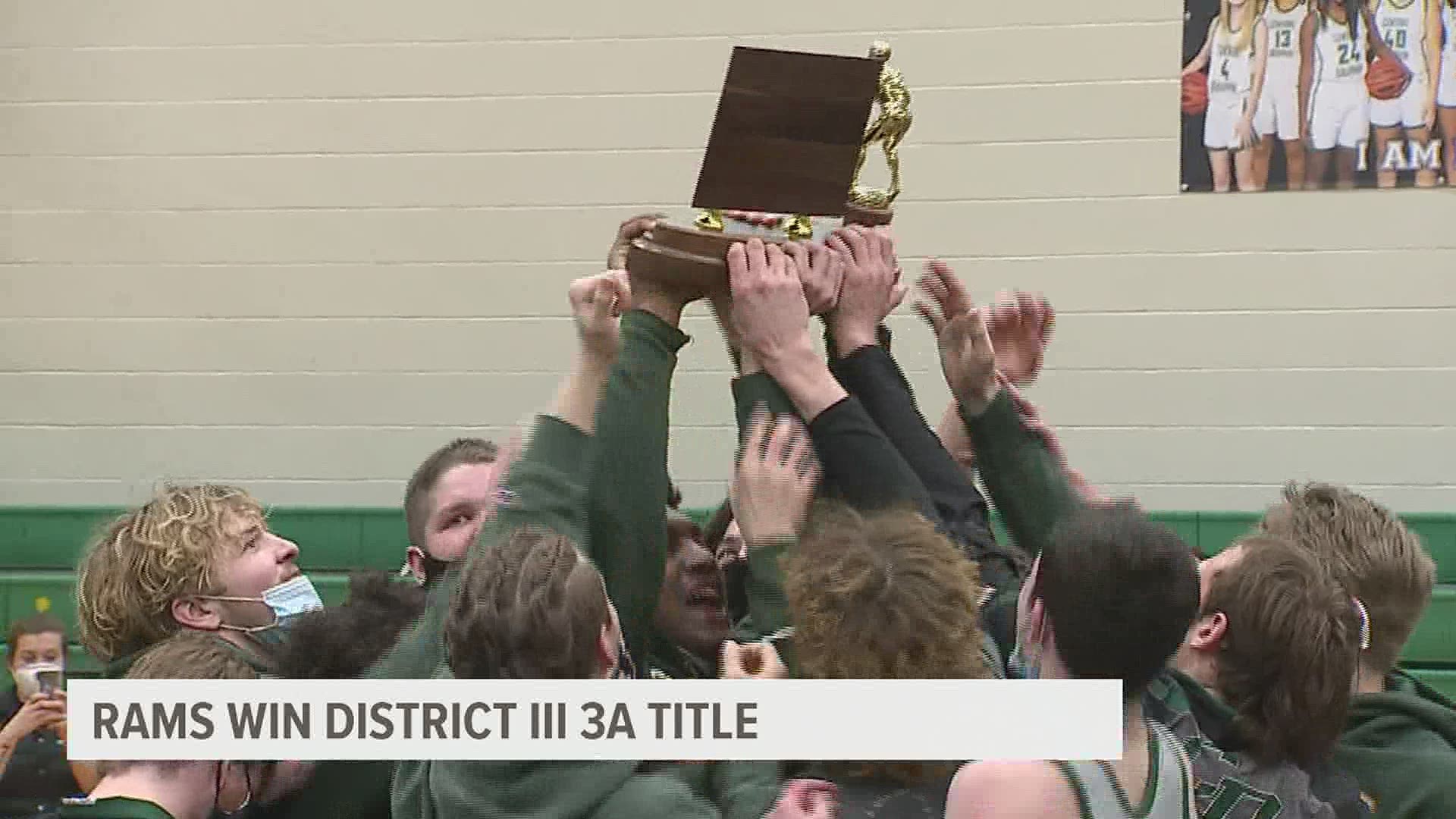 DAUPHIN COUNTY, Pa. — After wins Monday afternoon in the District III team wrestling semis, it came down to the Warriors and Rams.

Central Dauphin enjoyed a strong start in the championship round.  Josh Miller opens things up with the fall at 138 pounds.  the Rams go up 6-0 and eventually stretch their lead to 12-3.

One-hundred win club member Nathan Ridgley helps get the Warriors back into it with a pin of his own at 172.  Gettysburg trailed by three.

Virginia Military Institute bound Max Gourley can make those points up next for Gettysburg.  The senior earned a 4-2 decision over Timmy Smith in the 189 pound weight class, tying things up at 12.

The Warriors started gaining momentum, but that's when the Rams received a much needed jolt.

The heavy weights is where CD's Ben Stewart gets the fall as Central Dauphin reclaimed the lead, 18-15.

Gettysburg once again closed the gap.  Montana DeLawder scores and goes on to win with the 4-2 decision, tying things up at 21.

With two bouts left, the Rams picked up the major decision, giving Central Dauphin the four point lead heading into the final bout of the afternoon.

The Rams' Mike Beers helped the Rams lock up the district team title with the decision, giving Central Dauphin the 28-21 win.

"I don't know how they did it," said Central Dauphin Head Coach Jeff Sweigard.  "Between the pandemic, the practices being canceled, changing practices, I mean, we changed practices this weekend, the kids persevered. We had no complaining in here.  Our numbers were small, but the kids stepped up big."

The Rams will advance to the state tournament while Gettysburg will have more than a few wrestlers gearing up for the individual wrestling tournament.