Both quarterfinal matches coming down to the final wrestler. 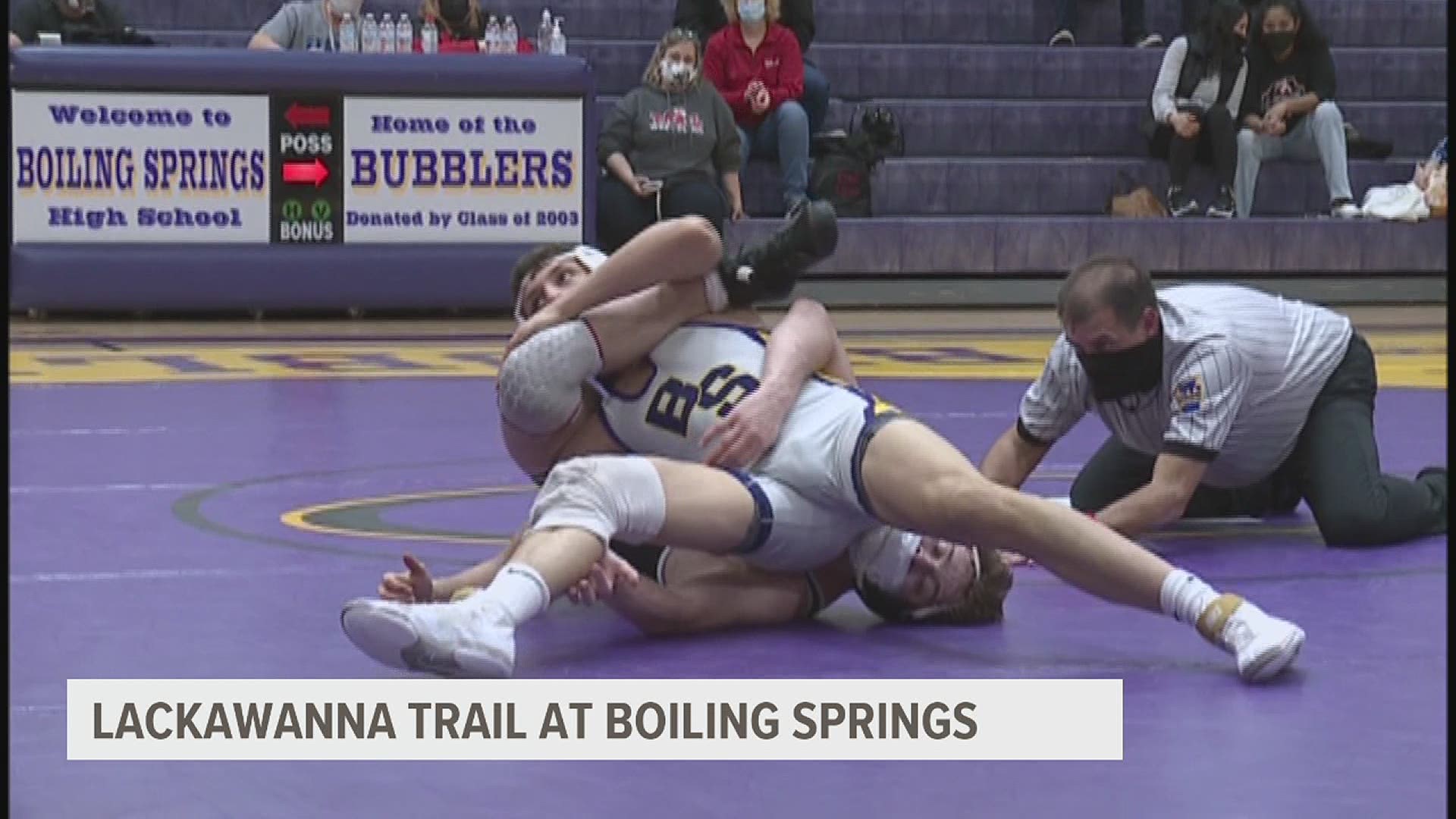 We stop at the home of the Rams first as they host Bethlehem Catholic out of District 11 for the AAA PIAA team quarterfinals.

Rams need their big guns to come through with bonus points in this match. At 138 pounds, Josh Miller does just that. He gets the pin and that fired up the bench. The Rams lose the next 4 bouts and are down 23-17. That's when Timmy Smith stepped in. He goes for bonus at 189.  Another fall for six team points and the match is tied.

At heavy weight, Rams are down by three. A win by decision is not enough. Ben Stewart goes for it but he can't get it. The Rams have one more chance in the third period. He locked up a head lock and put his man flat. That would be the deciding factor. CD won a classic 29-26. So, what's it like to be the hero," Feels awesome even though I am pretty tired feels great seeing my team and the fans so excited,," said Stewart.

Sure, he had a game plan maybe the game plan was to give us a freaking heart attack. Which he almost did but he came through and it was a total team effort," said head coach Jeff Sweigard.

Over at Boiling Springs. The Bubblers host Lackawanna Trail from District 2. Right off the bat, wrestling at 145 goes into overtime. With 15 seconds left, the Bubblers Ian Wilson is the first to score with the take down.

Right after Wilson, Michael Duggan wrestling at 152 pounds. He nearly gets a pinch at the end of the second. Then just needs 29 seconds into the final period for Duggan to get the only pin for the Bubblers.

They won the first five classes, but the Lions claw back to where the Bubblers only lead by one heading into the final wrestler.

At 138, Kobin Karder was able to get the style points, with a takedown, he need to beat the buzzard. Boiling Springs beats Lackawanna trail 28-24 in the AA PIAA team quarterfinals.

“We had to move kids around to the wrong weight class. You know, it bit us a little bit but no excuses. You have to get out there and get after it," said Trevor Byers, Bubblers head coach.