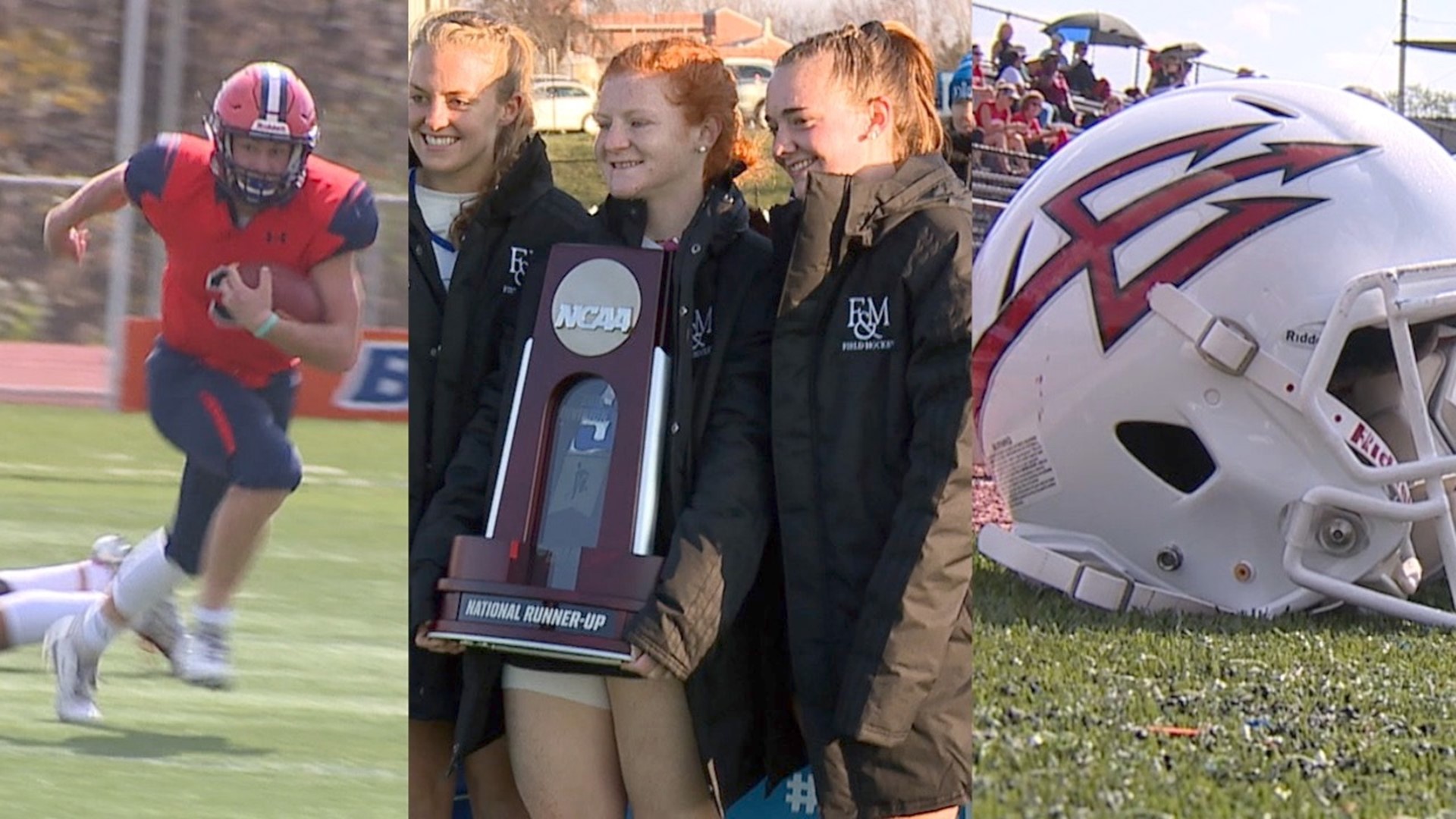 GETTYSBURG, Pa. — With the Centennial Conference's announcement that the fall sports have been suspended, local schools like Dickinson College, Franklin & Marshall, and Gettysburg College now have some type of footing to move forward.

“We wanted to be able to provide our athletic programs, in each institution, the opportunity to test out the systems that we've been creating, see where they go, and how each institution’s going to be able to handle mitigating the factors and handling the virus on campus for a number of weeks,” said Gettysburg College Executive Director of Intercollegiate Athletics and Campus Recreation Mike Mattia. 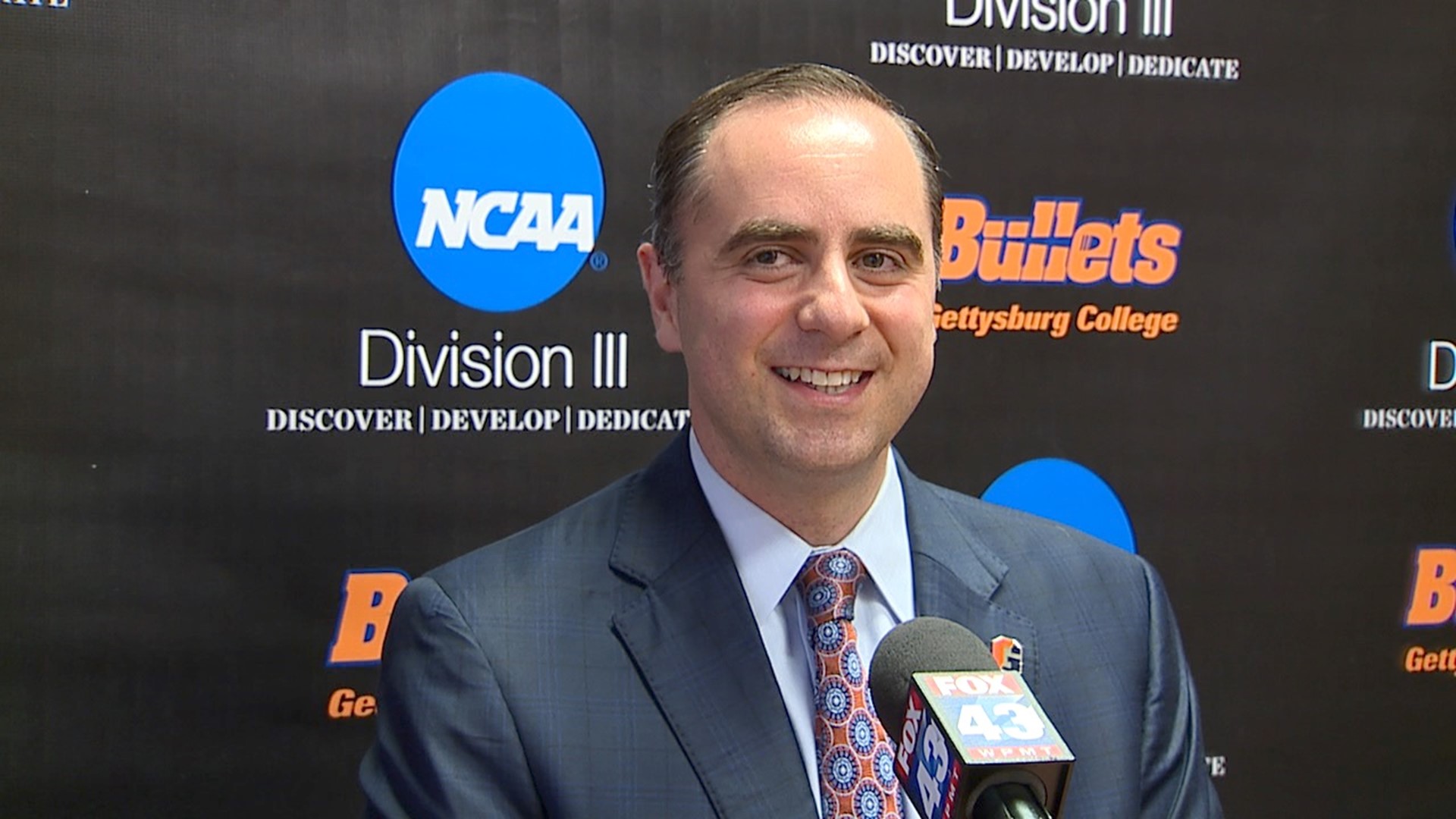 The conference will reassess the plan in late September, with the exception of football as it's been determined there will be no games on the gridiron this fall.

“I think obviously the presidents are watching what's been happening nationally with schools as football teams are returning to the larger universities,” said Franklin & Marshall Vice President and Dean of Student Affairs Margaret Hazlett.  “It is a contact sport and a large number of students are involved.”

The news wasn't a complete surprise, but still hard to hear for the student athletes and coaches that have already invested so much time.

“I mean we’re competitive, right?  For student athletes it's a loss.   All of us want some element of normalcy,” added Hazlett.

While not ideal, the plan does offer student athletes, student bodies, and communities hope.

“This decision gives us a little bit of control.  If we're following the policies and procedures that we set in place, we can become leaders on campus to the show the rest of the campus that we need to follow these and make sure our systems are working properly.  That it gives us an opportunity where we may be able to start up sports again and in a competition setting,“ said Mattia.

“It does bring the community together.  It's a part of what we expect in a college experience,” said Hazlett.  “A lot of students at F&M, as well as other Centennial schools, go out and cheer their roommates and their hallmates on, so it is a nice social outlet for the whole community.”

Another element the Centennial Conference will reassess is the possible move for some fall sports, including football, to the spring months.

“We’re all agreeing that it's going to be really difficult to do, but we also are all in agreement that it's better to do that and provide a good athletic experience for our student-athletes, then to just cancel and say, ‘You know what, this is this is just too hard.  We’re not going to try,’” said Mattia.