Offer advice to teams who have not yet played 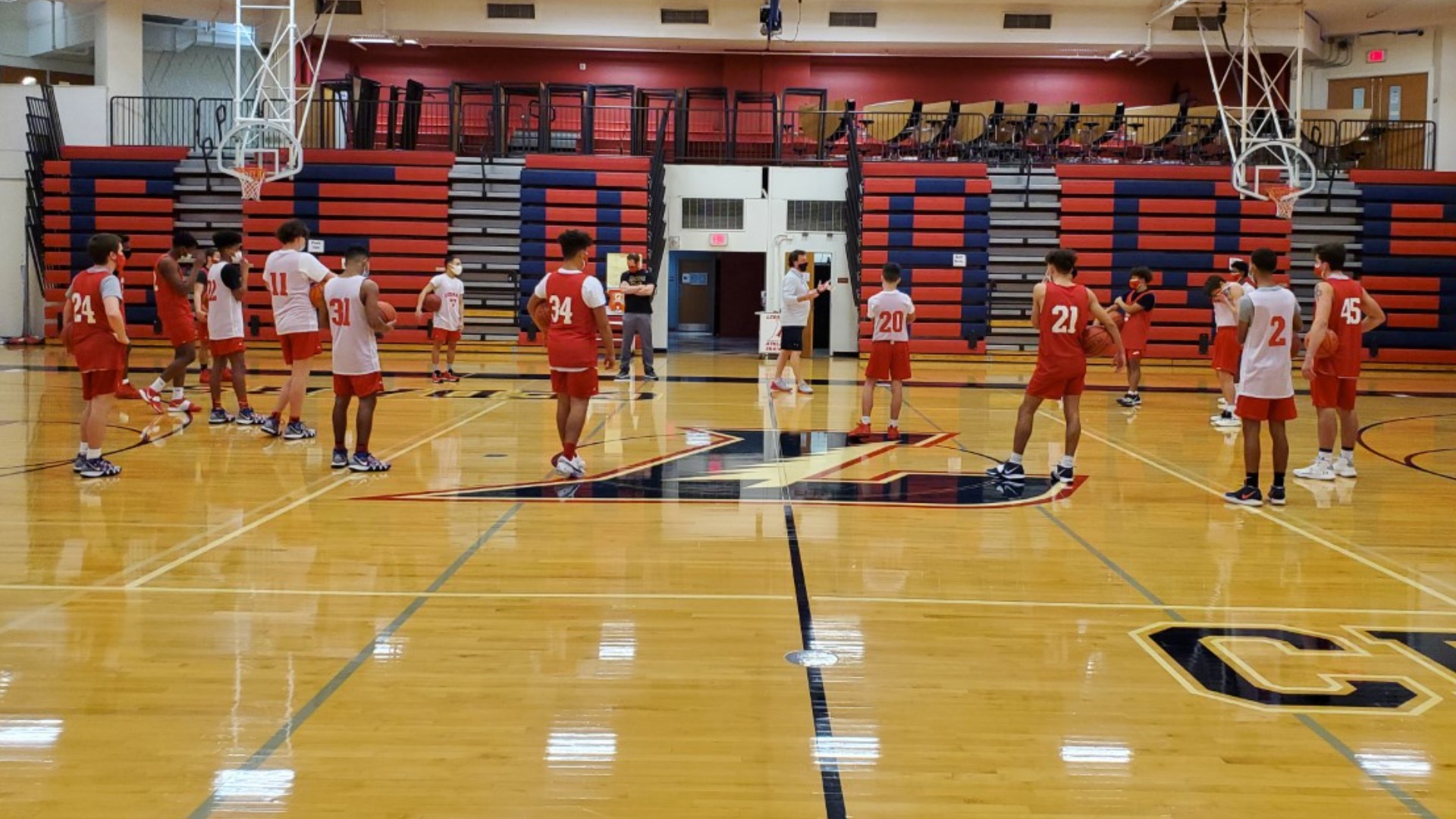 LEBANON, Pa. — "It is difficult to breath," says Lebanon senior Braden Allwein when asked about the the Cedars first game back on December 11th.

“It is like the humidity level is sky high and you are just stepping outside for the first time. That is what I would compare it to."

Practicing in masks in one thing, before the three week sports "pause" ordered by Gov. Wolf that went into effect December 12, Lebanon and Northern Lebanon were two of the few teams to compete in an actual game. Monday was the first day those restrictions were lifted and area teams returned to the court in a little bit less shape than when they left it.

“If I got to wear this (mask) the whole season I am wearing it.”

An emphatic answer from the Cedars junior guard Luke Collins.  He admits he doesn't like the mask and that is is difficult to get used to.

Right now teams need at least four practice sessions before returning to competition, depending on how many practices they had before the "pause." That is four more critical workouts before games can being on Friday. And four more tries for players to get used to wearing a mask and a "weird."

“It is just recycled air, it feels like, just breathing in the same breath over and over again. It definitely gets tiring and fatigues you ten times faster than you expect,” according to Allwein.

Collins adds that committing to a mask in practice made it easier in the first game.

"I am always going to have trouble breathing with this thing on, but it wasn’t as bad as I thought because of practice, it actually helped me out.”

The work started slowly for Cedars on this afternoon. Diligent stretching, some laps and then a full court drill to loosen everybody up. Every breath seemingly calculated to make sure the mask stayed on for Marquis Ferreira.

“The Hardest part is to having it keep pulling it up, you talk and it always falls down."

RELATED: PIAA and youth sports on hold until January 2021

Talking and communication is big part of the game for the guard. And he is not the only one that finds the constant adjustments difficult. So too does Allwein.

“It was weird, (in the game) you are almost shying away from contact when you go in for a shot. You don’t want it interfering with your eye sight or anything like that.”

Before the season Collins went though and tried multiple masks before he found one that he felt stayed up and allowed him to breathe easier.  It isn't perfect, he does admit he always has to adjust. He along with his teammates have advice for teams that have not yet masked up in a real game.

“Really don’t even think about it and play your game, You wont even know its there." 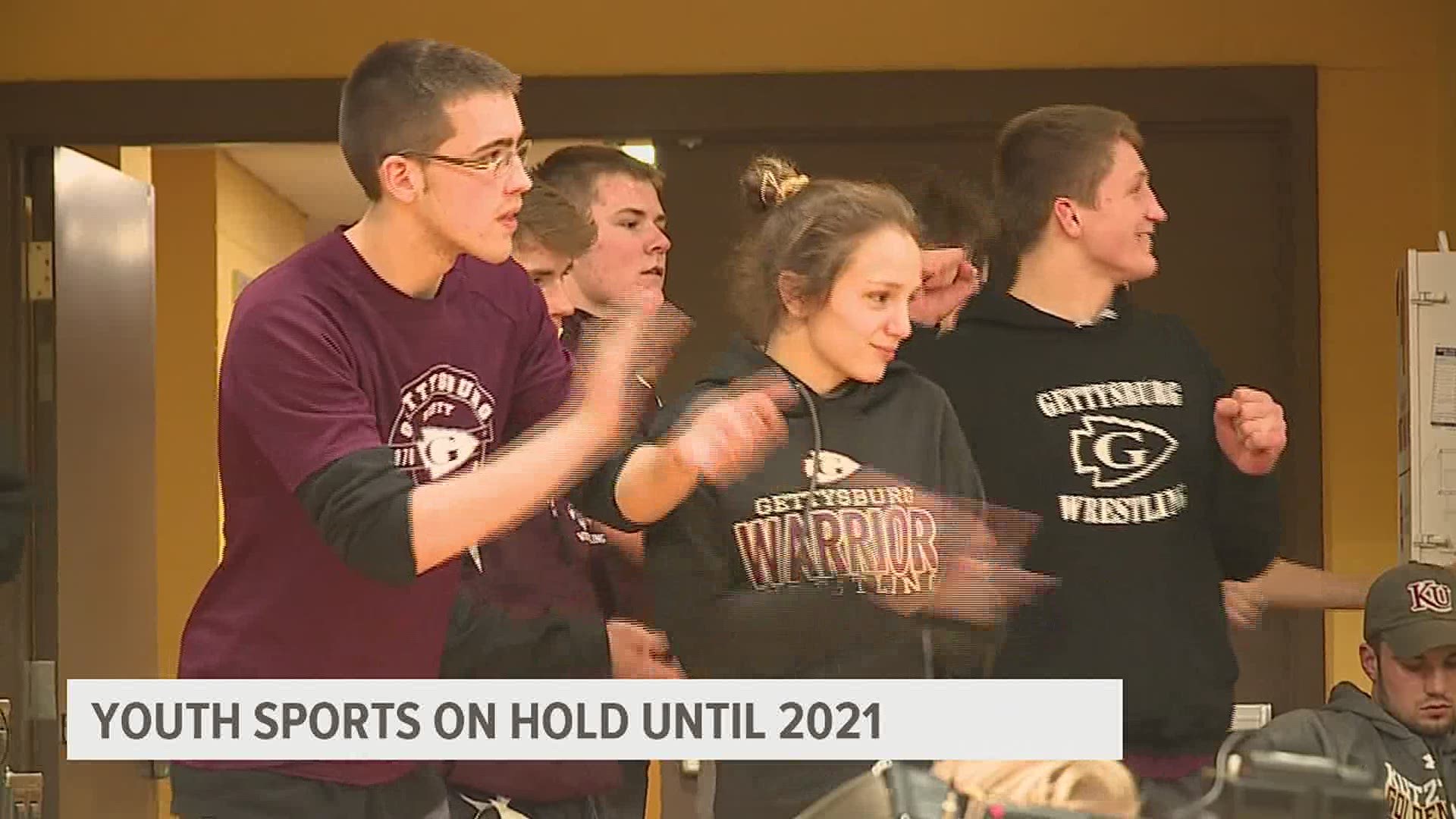 Adds Ferreira, “I am definitely going to handle it a different way, but my advice would be to push yourself at practice with the mask,  get used to it as much as you can (right now)."

But there is fine line for some.  Allwein says push it to a point, to get used to this new feeling.

“Don’t try to out-do what you know you can do because I know people want to act tough and like they are built for this and all. But these are unexpected times and none of us were expecting this.”