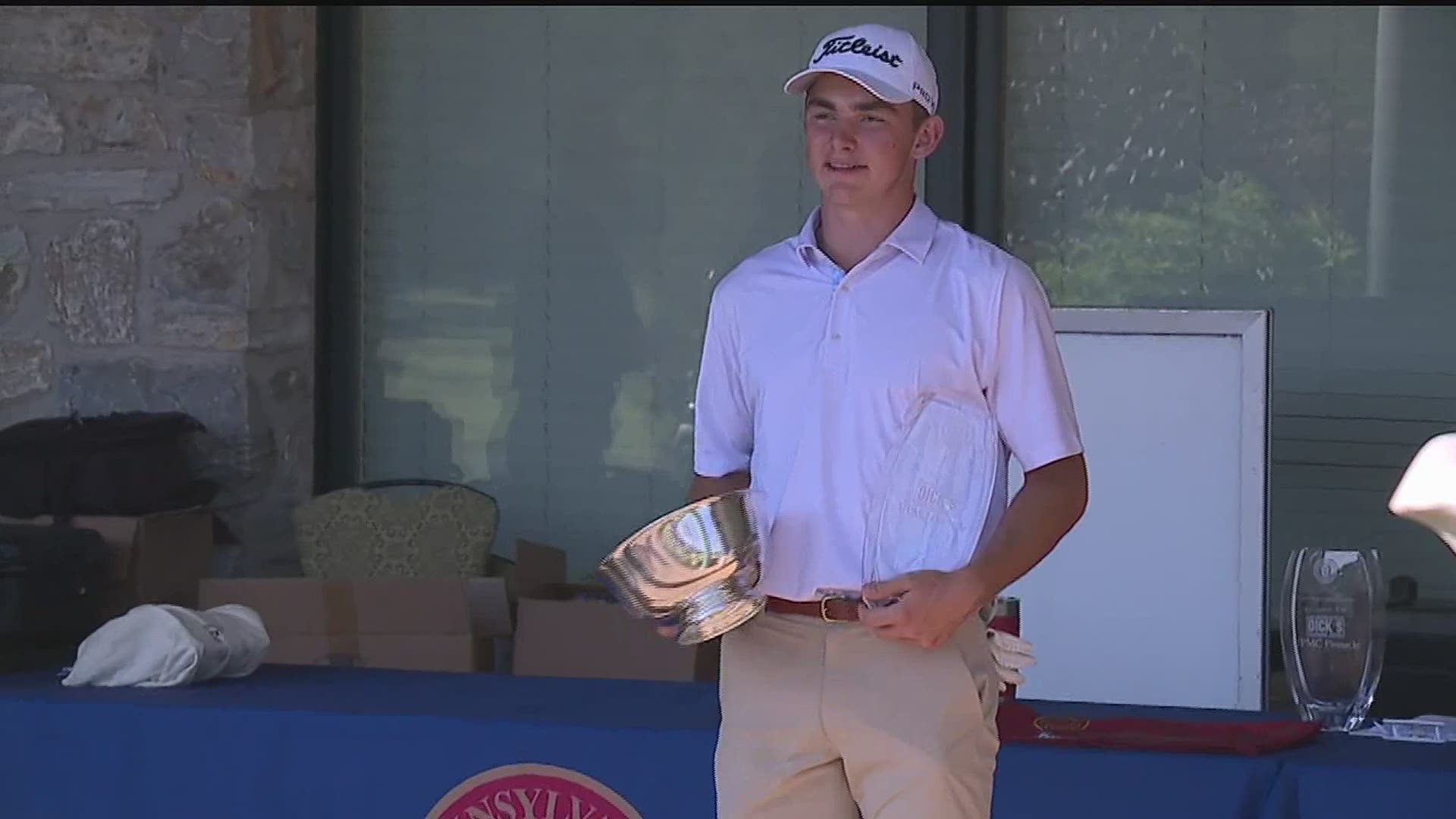 HERSHEY, Pa. — His name is on the same trophy as Pennsylvania golfing legends Arnold Palmer and Jim Furyk.  The Pennsylvania Golf Association Boys' Junior Championship means a lot to Carlisle's John Peters.  He's been trying to put himself in a position to win the event and his final round 67 on Tuesday is good enough to not only get him in position but to win it outright.

His round of four under par on the East Course at Hershey Country Club propels him past the leaders to win by one stroke.  Central York graduate Carson Bacha won the PIAA Championship in the Fall.  He was tied for the lead with a two under par round of 69 on Monday.  Bacha was unable to force a playoff with Peters when his birdie chip attempt on 18 barely rolled past the hole.

Peters drained about a 20-foot birdie putt on the 17th hole to get him to two under par.  He posted that number and waited to see if it would hold up for the title.  Peters is committed to play his college golf at Duke after his final year at Carlisle.