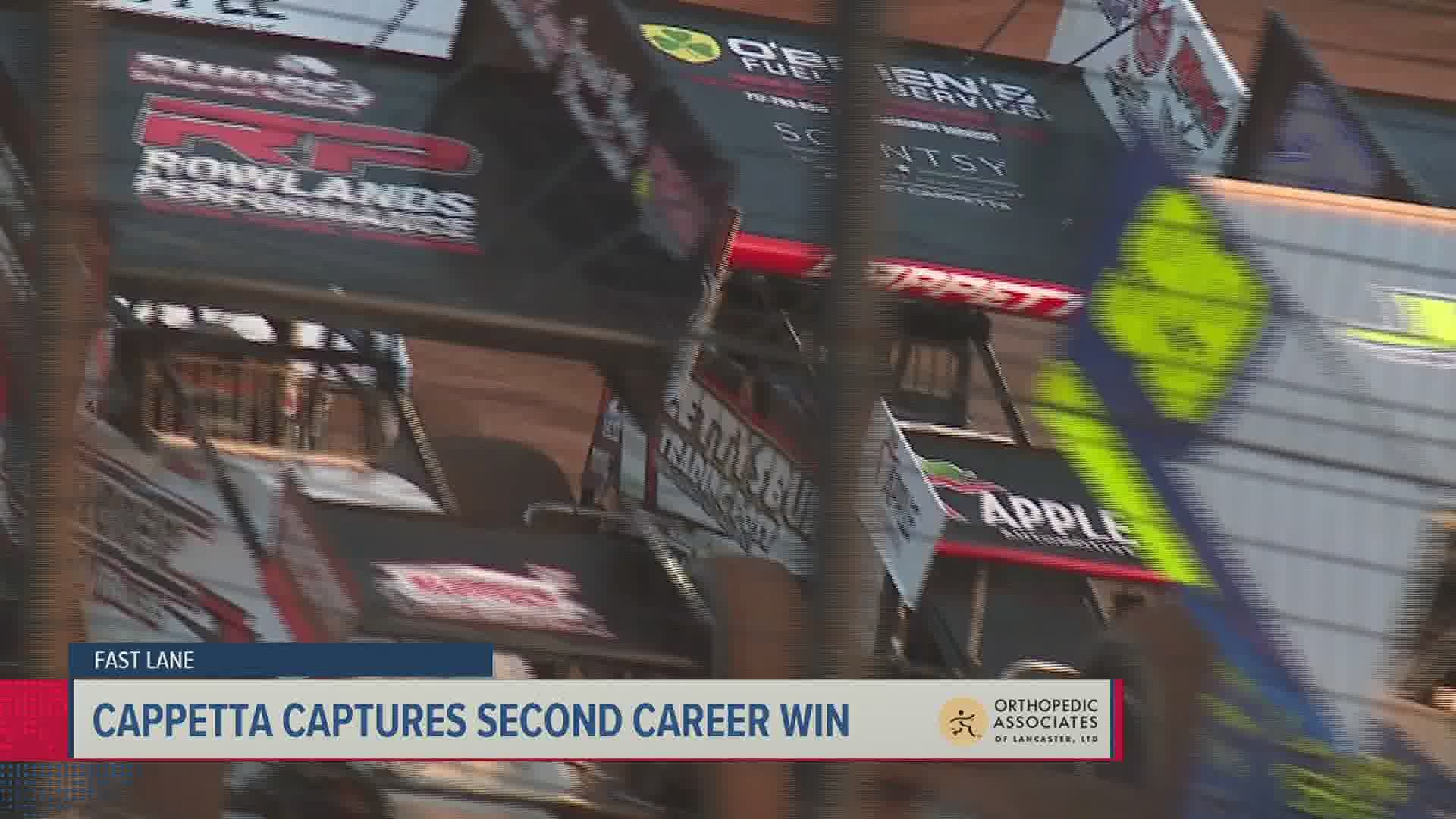 EAST BERLIN, Pa. — She doesn’t want to be looked at any differently just be she’s a woman driver. She’s there to do the same job; to end her night in victory lane. Ashley Cappetta captured her second career 358 sprint car win at Lincoln Speedway, but it's been a crazy journey to between wins.

“I knew that I had to step up my game that much harder because then if not, I was going to have to settle for possibly second, third or even worse but we weren’t there to finish second, third or fourth. It was either I won or I was in the fence," said Cappetta.

Determined to give it everything she had as she started on the pole and led all 20-laps of Weldon Sterner Memorial race at Lincoln. It might just be her second career win but something oddly in common. Ashley won her first race on one of her first sponsors birthday's, then, won her second during the memorial race.

Growing up at the track and countless nights at Lincoln working on sprint cars. Trying to learn it all and it was only a matter of time she would race as an actual sprint car. Ashley had the idea to build a sprint car as her senior project and now, her parents garage is a permeant shop she spends around four nights a week in. Nearly a decade later, racing the only thing but a 358.

Spent hours at auctions and flea markets to get where she is now.

“I went to the auction houses and I bought be box slots full of junk, and I’d clear off all of the tables. I’d buy all this stuff that was left over then I would go to Williams Grove flea market on Sunday’s. I’d pack my little Integra, full. The old guys used to pick on me and say I packed that thing like a sardine.”

Drivers that showed her the ropes and inspired her kept the asperations to one day, down the road, race a 410 sprint car.

Lincoln: Saturday evening racing at the "Fabulous Lincoln Speedway." Tim Wagaman won the B-Main and Matt Campbell somehow passed two cars on the final lap to be the final to transfer.

Scott fisher pulled the pole with an old but familiar face, Corey Haas is back and to his outside. Haas around the halfway point, sounded like something was firing right in the engine and he pulled off and handed the lead to Chad Trout.

Coming to the final lap, Danny Dietrich, Jimmy Siegle and Freddie Rahmer trying to reel in Trout as he started to swim up op lap traffic.

As Trout has the checkered flag in his sights, Rahmer then pulled the slider on Siegle but Siegle stuck his nose out right at the line for second place. It was a much needed win for the 1X.

Gets to celebrate with his dog Buddy in victory lane but this win meant more than any other honoring former official mike yeaple, who passed away in February.

“It's a great night to win' said Trout. 'You know, mike was a great guy for anyone who didn’t know him. He would do anything for anyone. I’m just honored to win for mike tonight.“

The 358s at Lincoln, many race fans have reached out, Zane Rudisill is doing well and is home from the hospital after a nasty wreck.

In the B-Main, Kane Eichenlaub punted Jon Stewart out of the way, caused Justice Forbes to also spin. Eichenlaub takes himself out with the damage to his car. The young gun Riley Emig won the consy.

To the feature, he paraded the field to the green flag, Jeff Rohrbaugh added to his winningest ways and notched his 18th career feature at Lincoln.

Port Royal: Over to the Speed Palace, Anthony Macri started sixth and battled Brent Marks up until the very end. Marks wanted to pull a sider but a lap car worked in Macri’s favor. He was able to win his second feature of the season. What really worth noting, after leaving CJB Motorsports, Marks jumped back into his family car. Wins his second race out at Selinsgrove last Sunday, second at Port Saturday then Sunday racing at BAPS for the Kevin Gobrecht Classic. Marks won the feature.