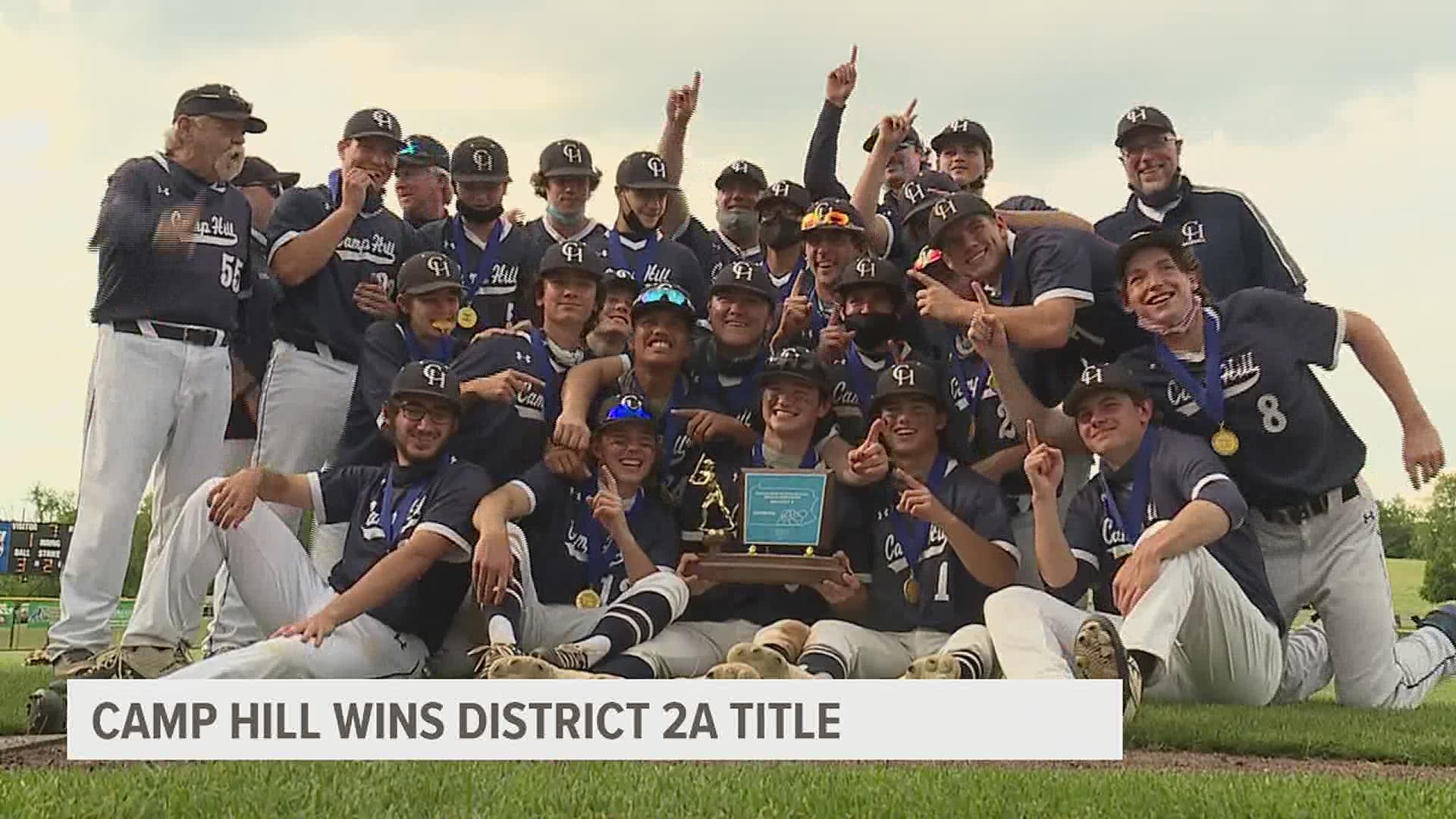 The field in great shape as it always is and could rival any big league surface.

First game of the day featuring Newport and Camp Hill in "AA" final.

Buffaloes Brady Kain felt it early on the bump as he got some early swings and misses. Kain had 4 strikeouts in this one.

In the fifth inning however the Lions began to roar. Michael Baturin ripped one through the box to bring home runner pinch Noah Madden and a 3-1 lead.

In the inning Camp Hill manager Mike Acey made all the right moves, moving his runners with motion that worked to perfection. Center fielder Christian Doi  came with a chance to add to the tally and did just that with a rip to score another run and then Tyler Whitman joined the fun with a poke through the hole that brought in two more Lions as they went up 7-1.

That was more than enough for Luke Parise, who did have to deal with much contact. The sophomore with "unhittable" slider went  seven innings giving up just one earned run while fanning seven. Afterwards Parise was so hot he needed a cool down from his teammates after the 9-1 victory.

"I love the challenge of playing good teams," he said

"I just love it and I know our boys are going to love it, we want to go far (in states) and put another banner up that is all we want to do."