Brooke Winters of Mercersburg, Franklin County was chosen to compete on "For Love or Likes." She competes against three other women hunters. 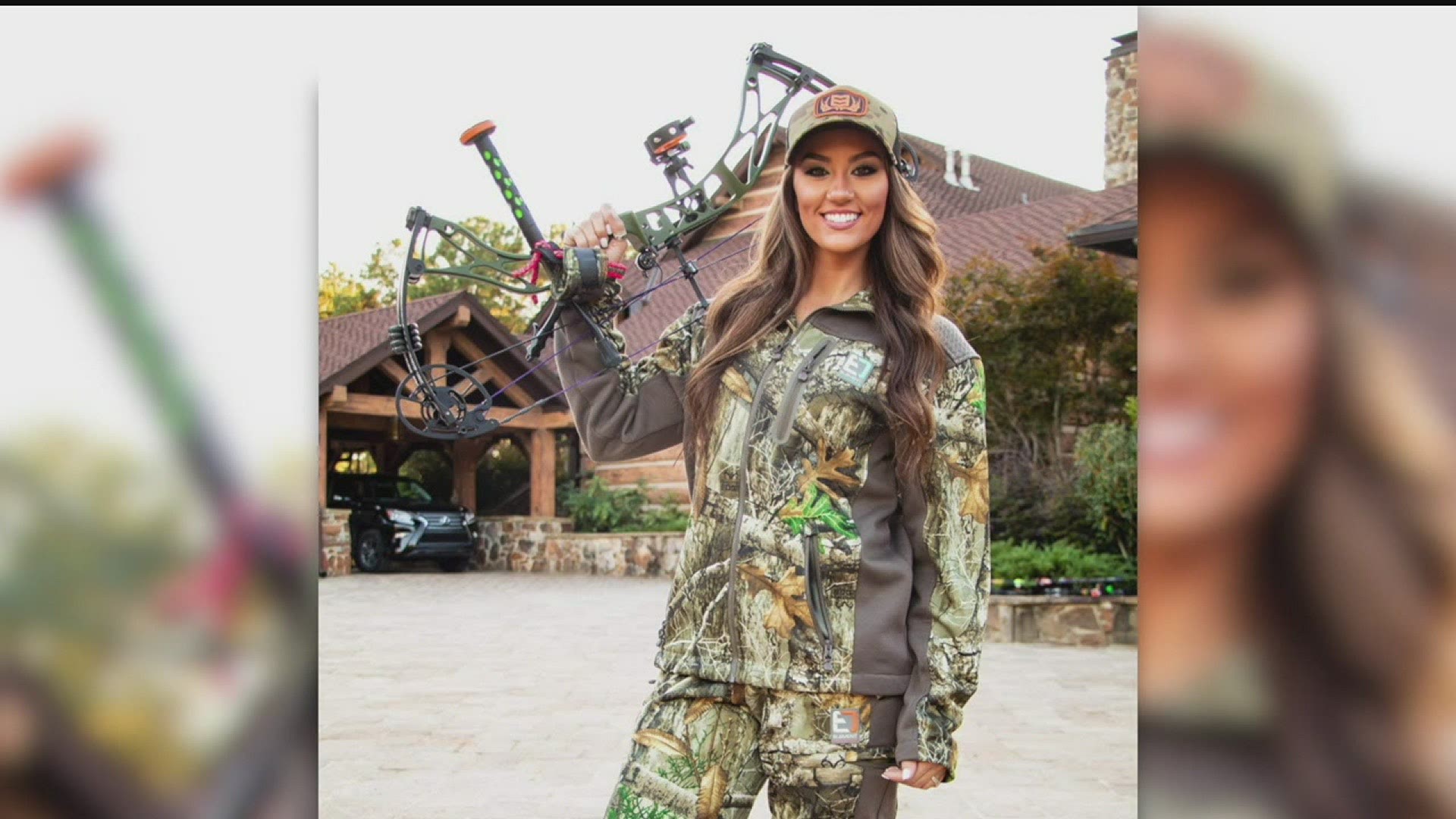 MERCERSBURG, Pa. — Growing up, Brooke Winters was never allow to hunt. Her dad saying, "hunting isn't for girls. It's a man's sport." Her high school sweetheart, now husband, taught her how to shoot and hunt when she was just 14-years-old. That's where the love of the sport began.

It might intimidate some to see a woman hunt but Winters has been all over the country hunting for some big game and she's trying to prove the florissant orange and camouflage isn't just for the guys.

"We can all share a passion and we don't have to look like a hunter," Winters says.

Once she mastered the rifle, she was looking for the next challenge, archery. Winters says, "I've been hooked, since. Archery is my thing."

She originally separated her personal life and makeup away from her hunting on two separate Instagram pages. Now, she's not holding back and not being shy of who she is an her love for the sport.

For three season's, the Outdoor Channel has reached out to Winters, asking her to be a competitor on the show. The first two times, she had to sadly decline as she already had plans of a hunting trip in Wyoming with her husband.

This year, she cleared her schedule, hopped on a plane to Louisiana, to be one of four women hunters, or "huntress'," to compete. The show is called "For Love or Likes." It takes self-motivated, Instagram famous female hunters against each other to test if they really have the skills and love for the sport or they just post for the likes.

“There’s some struggles I experienced on the show with the shot not going exactly how I planned," said Winters. 'This is hunting and it happens but unfortunately for me. This is the first time that it ever happened. So, it was a lot to process.”

Winters is an X-ray tech and an beauty consultant. She's trying to show and inspire other women and girls to go out and enjoy the great outdoors.

“I’ll go get my nails done, do my hair and makeup and jump in a tree stand the next morning,' said Winters. 'It’s okay to be both and I hope that the platform encourages younger women to get in the outdoors and not be so afraid to be more than just the girly girl or tom boy or both. You can be anything you want to be.”

The show, "For Love or Likes" airs on the Outdoor Channel, every Thursday at 7 p.m. now until May 7th.