Bubblers loaded with confidence heading into states after dominating performance 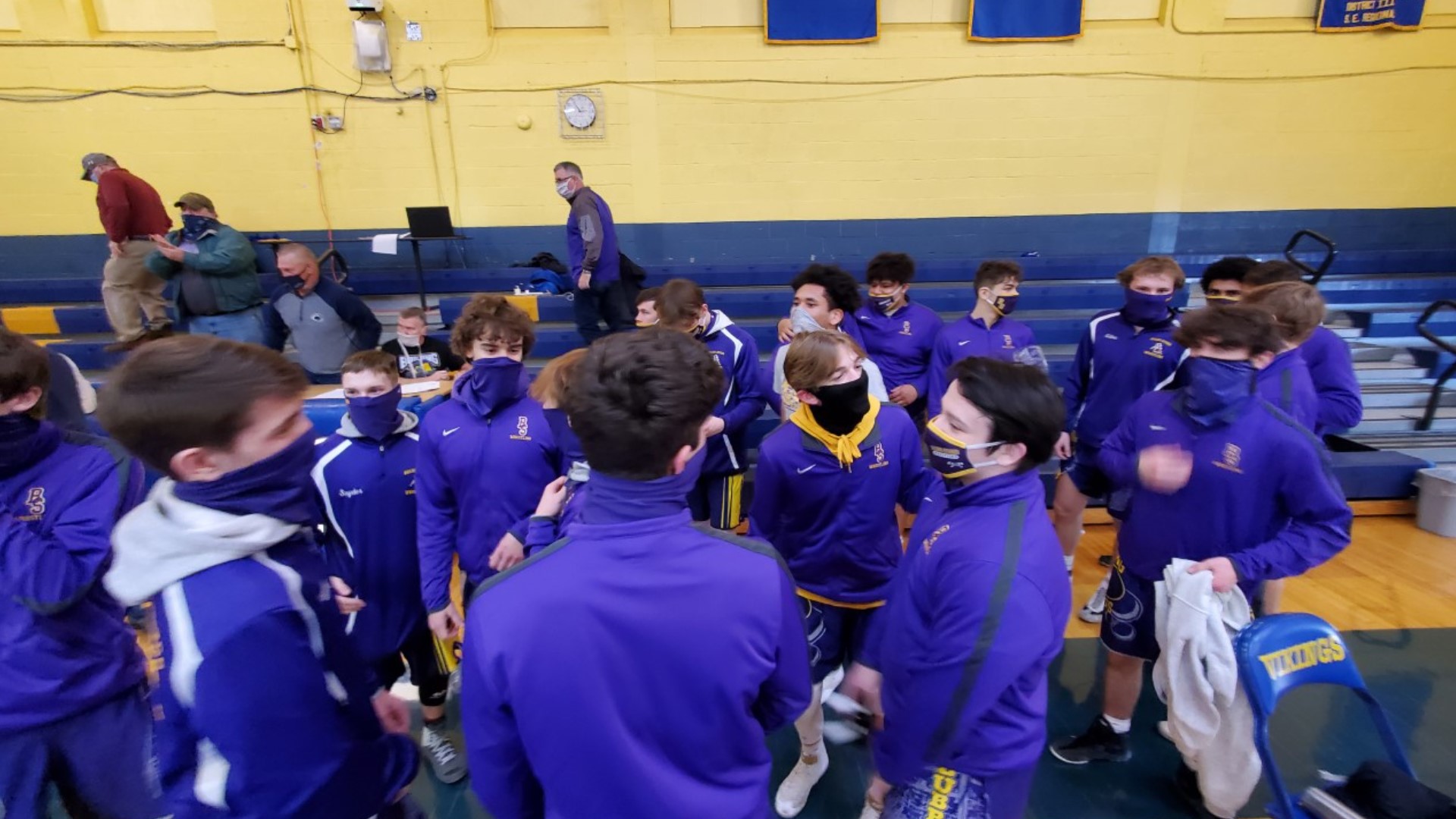 FREDERICKSBURG, Pa. — The weather couldn't cancel the District III wrestling championships but it could bump up the time slot for the duels.  Even while the temperatures dropped, Boiling Springs bubbled to the top of the District III podium.

The semifinal bouts were thrilling leading up to the finals. Newport came back from 26 points down against Northern Lebanon closing with four straight pins to claim a 37-32 win. Boiling Springs also came back late against West Perry for 37-34 victory.

Right from the get go Boiling Springs carried over their momentum. Starting at 285, Bubblers Julyan Dodson shot often and scored on his way to win a decision and an early Boiling Springs lead.

The lead was extended after a forfeit at 106 and then match made its way to 113, where Raif Barber hit is opponent with multiple tilts and claimed back points seemingly at will on his way to major decision.

The early lead inspired more attacking wrestling from Boiling Springs, as Austin Mahoney (120) scored a major decision.  At 126 Eli Bounds grabbed a pin at 4:55 mark to add to the Bubblers lead.

After an exchange of forfeits Ean Wilson (145) kept the pressure on with a quick fall at 1:33, followed by a Michael Duggan (152) major for more bonus points.

With the match seemingly in hand the bonus points continued to flow at will as  Eli Crum claimed a fall at 160.

According to Crum this team is ready to prep for the state tournament.

"We are definitely confident, I mean we are just going to be doing the same thing in the practice room but we will push harder.  We have great confidence everyone on out team I can only imagine that getting better as we go to states. I think it is perfect"

At 172 Newport won their first decision in tough bout from William Davis. The  Buffaloes then finally got a pin of their own from Masson Huggins at 189.

Jacob Scott at 215 closed out the match for Boiling Springs with another pin to put the cherry on top of their dominating match, 51-15.