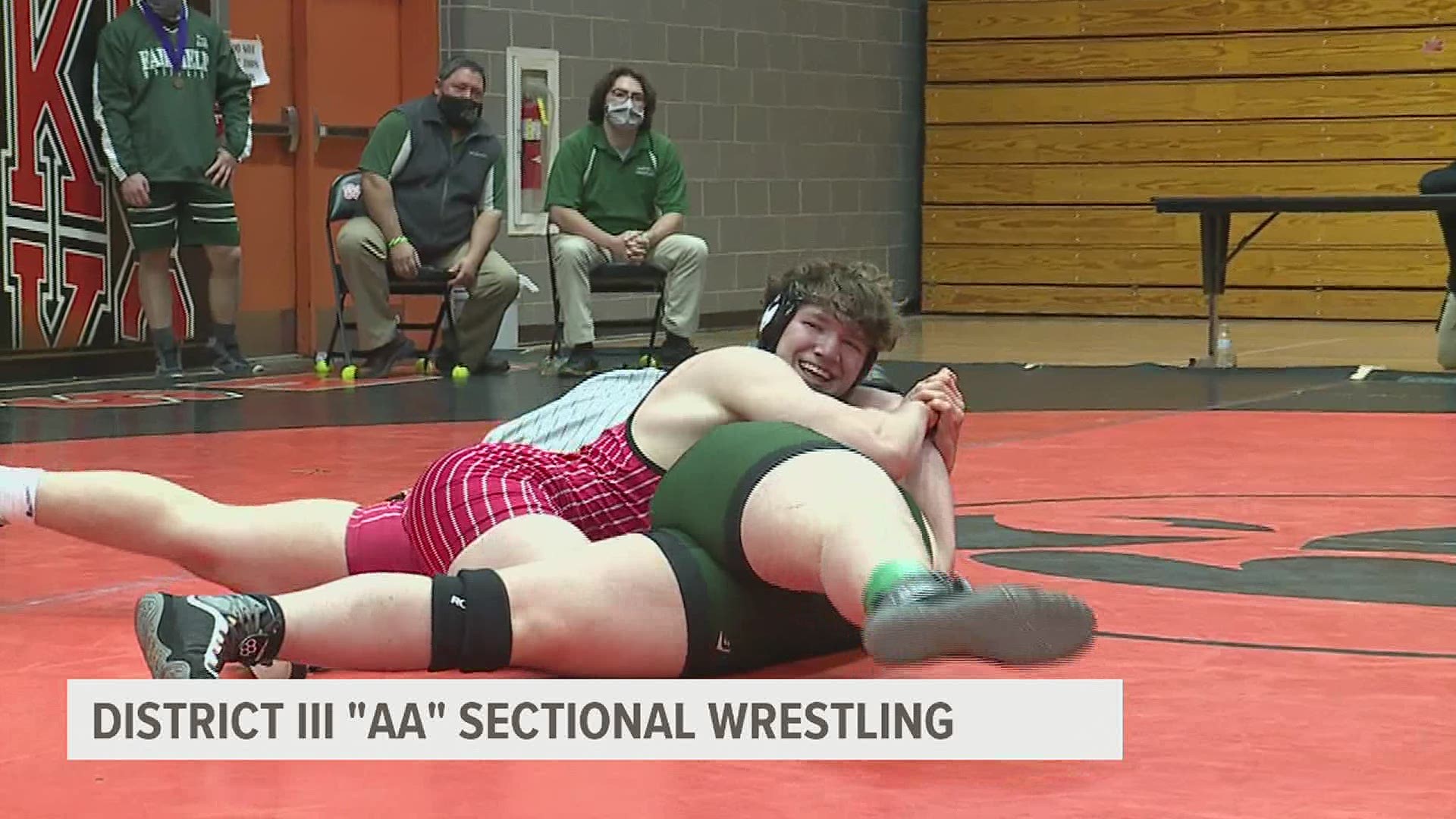 And while the top four advanced, when it came to the finals, nothing was held back in terms of resting for Sunday.

At 145 pounds, Levi Haines was fast and furious on the mat scoring takedown after takedown until he decided that was enough and went for the pin.  One of the favorites for a state title, Haines wanted to stand atop the tournament and keep his mindset the same no matter the format.

“Just take it as another time to compete and enjoy myself and go out and score a lot of points," said Haines.

Speaking of points, Boiling Springs scored a lot of them. Head coach Trevor Byers watched as the Bubblers placed six on top of the podium including Michael Duggan at 152, and Eli Crum at 160. Both of those wrestlers did so securing one final whistle with their opponent flat on their back.

After his match Eli Crum said that the Bubblers, who will represent District III in the "AA" state team tournament, mean business.

“We wanted to show everyone that we are not really messing around and we are going to take it to everyone tomorrow at districts too.”

Halifax’s Bryce Enders used a third period take down at 189 for a decision and gold medal.

The final two classes featured the Eagles of Bermudian Springs.  The red and white had a strong day with three wrestlers claiming brackets. At 215, Savauri Shelton got the blades flat with a slick move and finish.  His plan is to continue to be aggressive.

“Go out there work my stuff," he said while donning a shirt. "Get pins, win over all and get first again."

It may be a little more complicated in reality but he did make it look easy on Saturday.

Teammate Hogan Swenski was all smiles at 285. With his bout seemingly wrapped up, Swenski forced a takedown after a lock up and then mugged for either the FOX43 camera or his teammates mat side. They yelled go for the pin and he did just that cracking a bigger smile after the fall. The "Encouragement" is always welcomed.

“We all build each other up and they encourage me," Swenski said. "I look over there and it is an extra boost of encouragement."

While the "AAA" wrestlers now have some time off, there is no rest in "AA"; they are back at it on Sunday.