Montgomery, 18, was selected by the Colorado Rockies with the 8th overall pick in the 2021 MLB Draft. 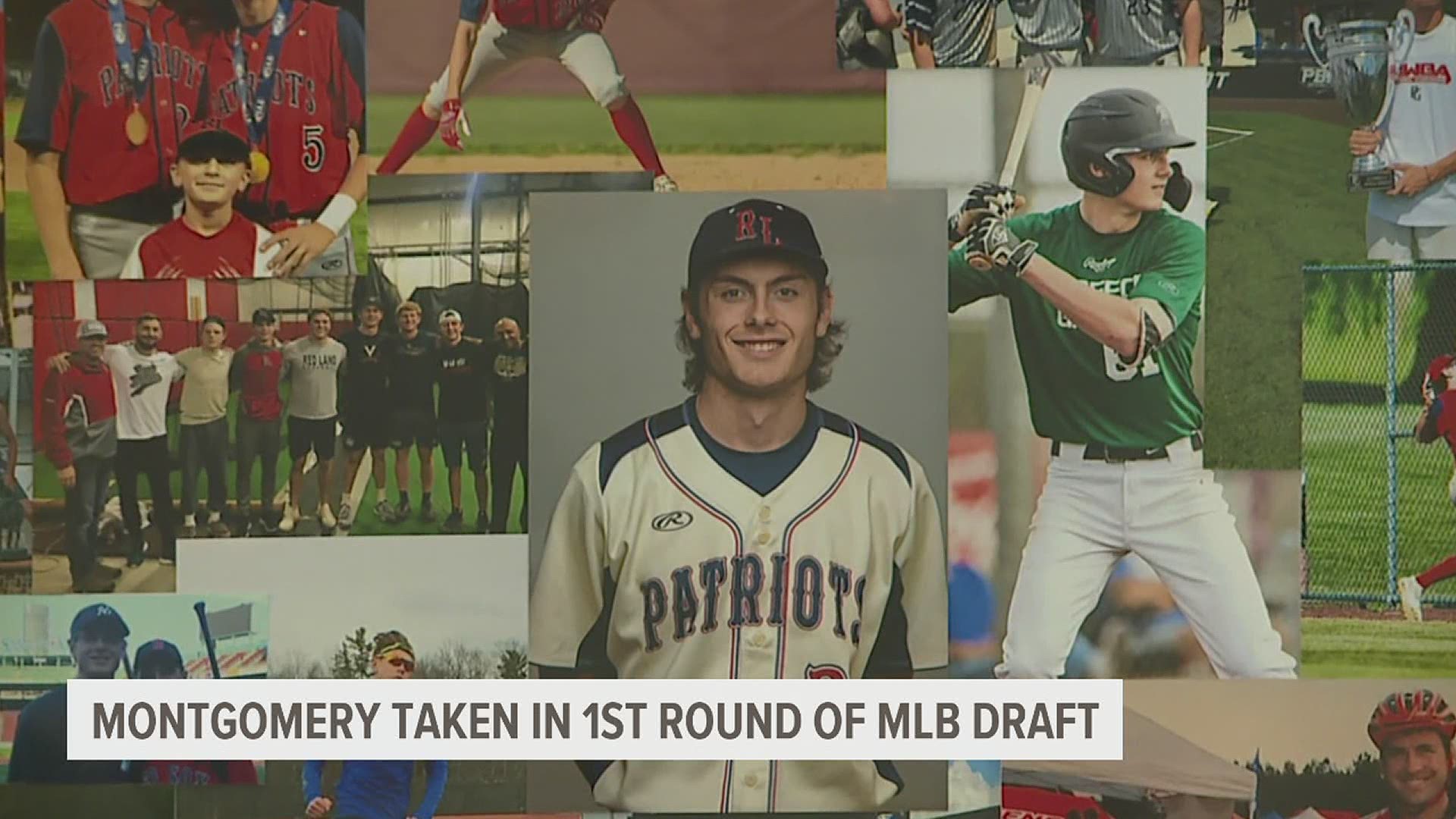 PHILADELPHIA — A former star outfielder at Red Land High School has been selected in the first round of the 2021 MLB Draft.

Benny Montgomery, 18, was selected by the Colorado Rockies with the 8th overall pick in the draft on Sunday night.

This past season, Montgomery hit .420 with seven home runs and 22 RBI's while scoring 44 runs and stealing 19 bases as a senior.

He helped lead the Patriots to a 25-5 overall record, and won the Gatorade Pennsylvania Baseball Player of the Year award.

Currently, Montgomery is committed to play baseball at the University of Virginia in 2022, but that could change if Montgomery decides to sign with the Rockies.

Whether Montgomery attends college or goes pro in the future, he is expected to be a star at the big league level.

This scouting report on MLB.com offers further insight on how the industry views Montgomery:

Last month, Montgomery was among the select few prospects to take part in MLB's Draft Combine, a first-of-its-kind event that put the best available players in this year's draft against each other in drills.

It also gave prospective teams a chance to interview Montgomery.

He spoke on MLB Network about his experience and future:

If Montgomery chooses to sign with the Rockies, he is signing with a team that will almost certainly be undergoing a full rebuild, with shortstop Trevor Story approaching free agency this off season.

That could make Montgomery a centerpiece of the team's plans in the future.

I can’t thank my family, friends, and coaches enough for helping me along the way.

I’m so proud to be a part of the Colorado @Rockies! pic.twitter.com/6GdaOn2xLl

Typically, high school draftees take longer to reach the Major League level, so we could still be a few years away from seeing Montgomery reach the game's top levels.

For now, he will decide his next step: sign with the Rockies and go pro, or attend college and play baseball at the University of Virginia.

Either way, he will be taking the next step in his baseball career and moving to a higher level of play in the coming months.

You can check out some highlights from his senior season here: