Montgomery to forgo college, signs with Rockies for $5 million

Montgomery, 18, was selected by the Colorado Rockies with the 8th overall pick in the 2021 MLB Draft and has now officially signed with the team. 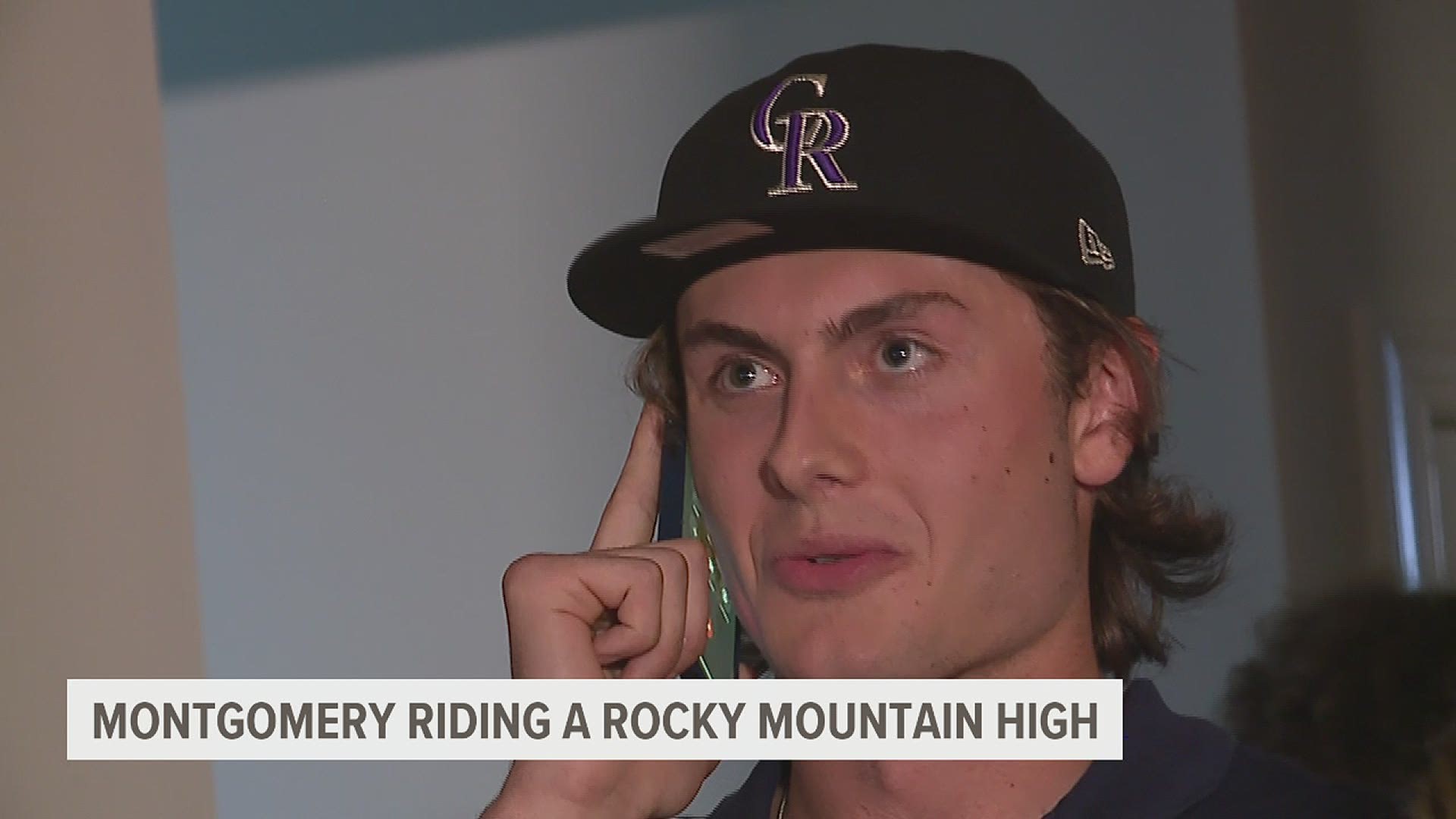 PENNSYLVANIA, USA — Editor's note: The above video is from July 11.

It's official: Benny Montgomery is a member of the Colorado Rockies organization.

Montgomery, 18, signed a contract with the team on Wednesday that came with a signing bonus $5 million, according to Jim Callis of MLB.com.

He was committed to play the University of Virginia before Colorado selected him with the eighth overall pick in this month's MLB Draft.

Officially a Colorado Rockie! Thank you to the countless amazing people in my life who helped make this possible. I am beyond excited to begin this new journey! @Rockies #Rockies pic.twitter.com/9I4eXcDBpW

Montgomery is signing with a team that will almost certainly be undergoing a full rebuild, with shortstop Trevor Story approaching free agency this off season, and possibly being traded in the coming days.

That could make Montgomery a centerpiece of the team's plans in the future.

Typically, high school draftees take longer to reach the Major League level, so we could still be a few years away from seeing him reach the game's top levels.

This scouting report on MLB.com offers further insight on how the industry views Montgomery:

It isn't known exactly where Montgomery will be reporting for his first action with the team, but the Rockies' Arizona League team serves as it's Rookie Ball level, where many of the teams' draftees or non-drafted free agents get their first taste of professional ball.

There's a chance that could be the first landing spot for Montgomery.