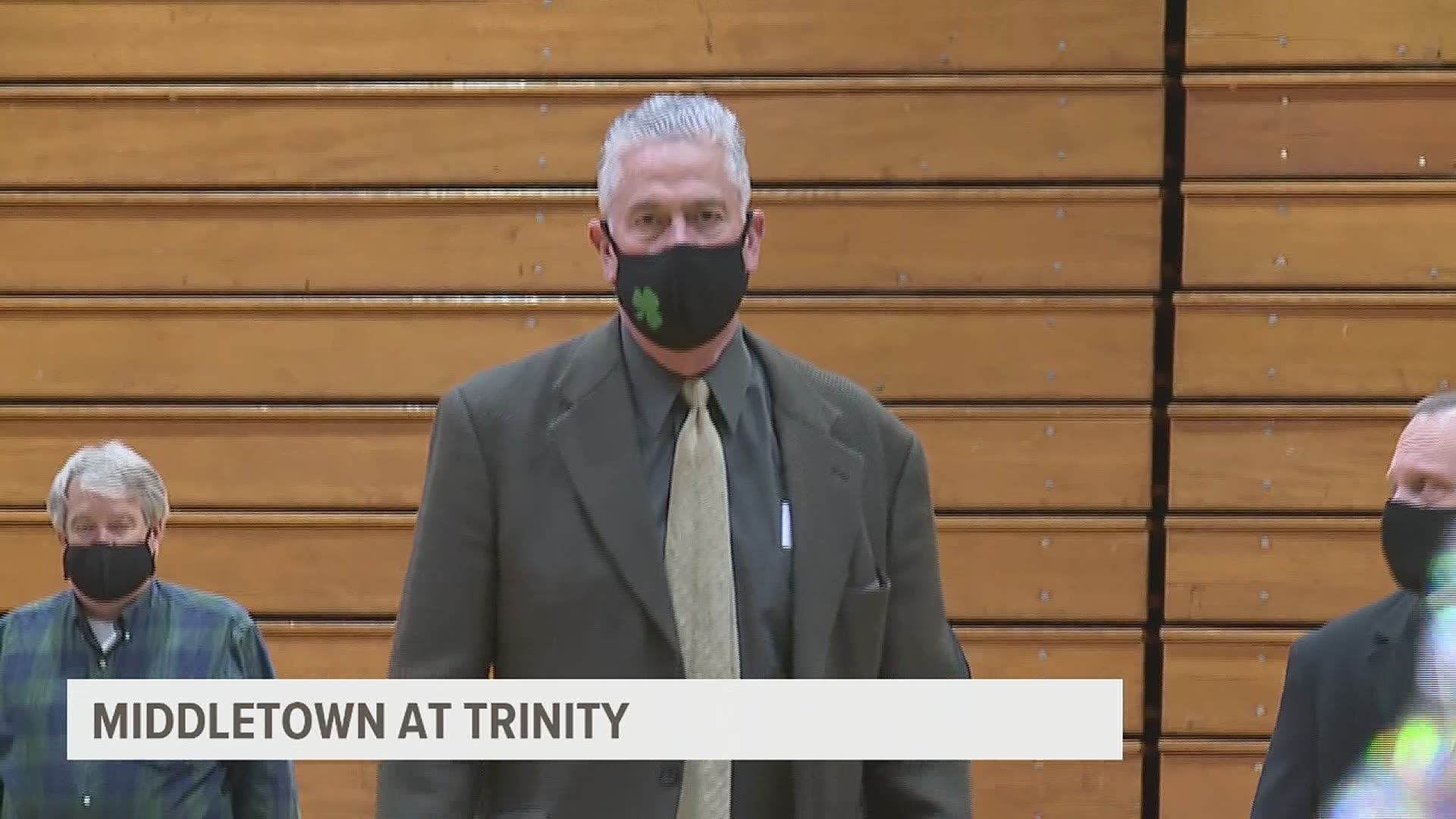 The Shamrocks started out fast with back to back three pointers from TJ Lawson, but Middletown's TJ Daniels and Tate Leach led the charge back as the Blue raiders grabbed the 53-44 victory.

In the York-Adams, rivals Red Lion and Central York squared off. This game went back and forth before the Panthers tied the game on a Nolan Hubbs finish and they would not trail from that point forward on their way to 78-75 victory.

Over the in Lanc-Leb on the mats it was big one between Lampeter-Strasburg and Elizabethtown.  The Pioneers jumped out quick with pins at 215 and 285 by Treson Spahr and Zach Shelley. That set the tone early for the 42-21 duel win.

Watch the video above for the highlights.