It's baseball season! Here's how to watch the Phillies, Orioles, Nationals, or Pirates this year

Central PA Comcast subscribers have an easy time of it, but if you've cut the cord, there are still plenty of streaming options. (But it'll cost you). 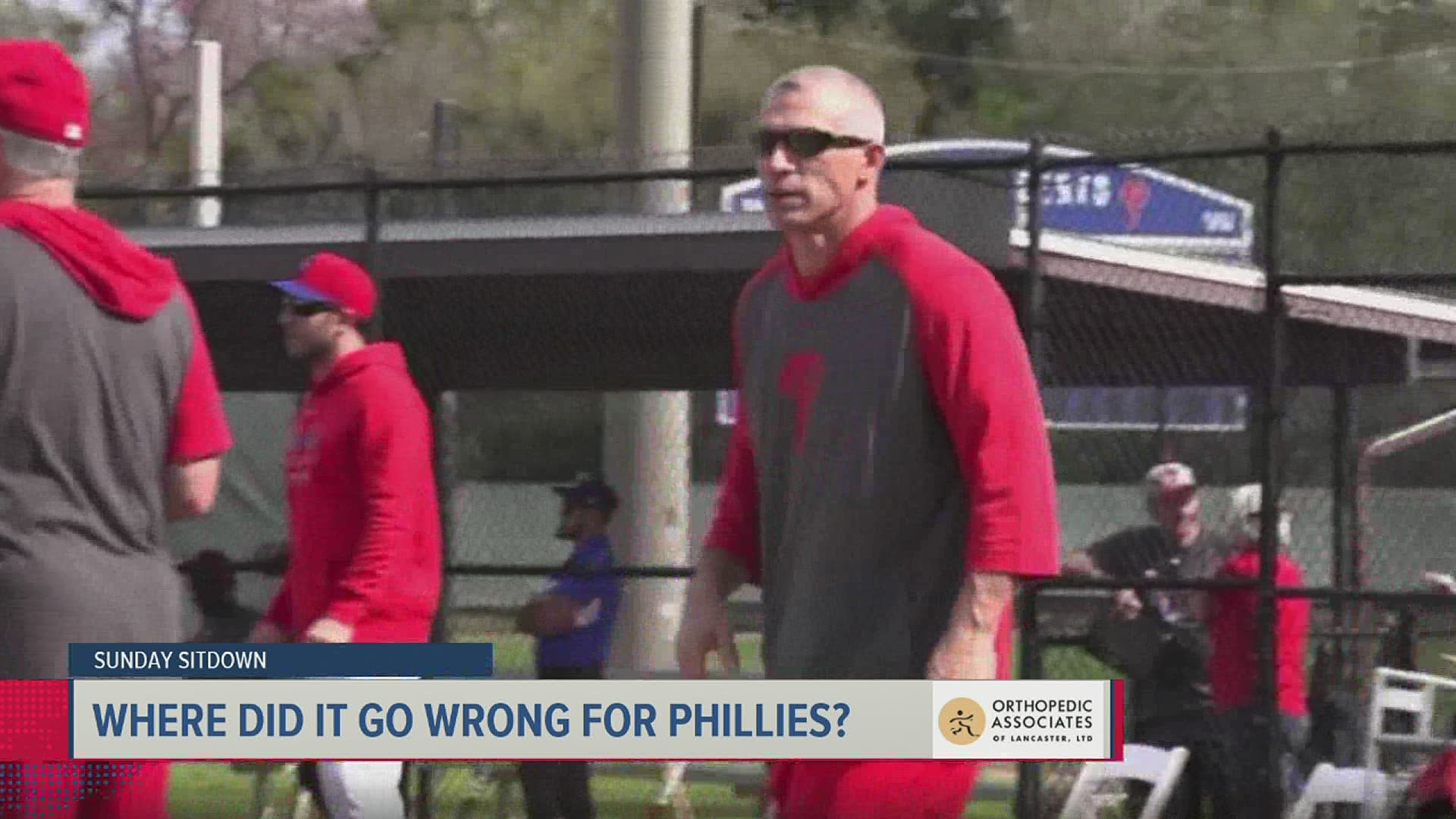 Opening Day is here, and Central Pennsylvania baseball fans will once again have plenty of viewing options.

The Philadelphia Phillies, Baltimore Orioles, Washington Nationals and Pittsburgh Pirates all claim portions of the mid state as part of their home territories, and most cable subscribers also have nationally televised games available on ESPN, TBS, and FOX.

Even if you're not a cable subscriber, there are plenty of ways to enjoy the games.

Here's how you can watch Central PA's four home teams:

Phillies fans who are Comcast subscribers can catch just about every game on NBC Sports Philadelphia. A handful of nationally televised games will appear on ESPN, FOX, or FOX Sports 1 -- all of which are available in most Comcast subscription packages.

Non-cable subscribers who live in the Phillies' market (that's most of Central PA) and have a digital antenna can also access games on NBC Sports Philadelphia.

fubuTV carries about 90 channels, including the four that will have Phillies games this season. It costs about $60 per month for a subscription, and is available on most smart TVs and on Amazon Fire TV, Apple TV, Roku, iOS and most web browsers. Gaming systems like Xbox, Playstation, and Nintendo do not support it.

YouTube TV costs $64.99 per month for a subscription, which provides streams of 60 channels, including the four that carry Phillies games. It's compatible with most smart TV brands, Fire TV, Apple TV, Roku, and most web browsers. The only gaming system that carries it is Xbox.

Sling TV offers two subscription packages, Orange and Blue. You can choose one package, or get both at a discount. But Phillies fans will definitely want the Blue package, which carries NBC Sports Philadelphia, the home of nearly every Phillies game, along with the other premium sports channels that will have the other Phillies action.

Sling Blue costs $30 per month, and the Blue-Orange combination costs $45 per month. It can stream on every major smart TV brand, Chromecast, Fire TV, Apple TV, Roku, iOS, Android, Xbox and web browsers. Playstation and Nintendo subscribers are once again out of luck.

Orioles fans who are Comcast customers are in luck; MASN and Comcast announced a three-year agreement to continue carrying Orioles and Washington Nationals games across the Mid-Atlantic region. Every available Orioles and Nationals game will be televised on Comcast via MASN or MASN2 -- a total of more than 300 games this season, the network said.

So even though the Orioles' Opening Day tilt with the Red Sox has been postponed by rain (it will be made up Friday), just about every game the O's play will be available to Comcast subscribers.

Comcast subscribers will also be able to find some Orioles action on the MLB Network, ESPN, Fox, or Fox Sports 1.

Central PA fans who have cut the cable cord can still find the Orioles on various streaming platforms.

Those who live in the Orioles' TV market (that's you, Central PA) are limited to AT&T TV, which is the only streaming platform that carries MASN and MASN2.

AT&T TV has four subscription packages. The Choice package is the cheapest one that carries MASN and MASN2, at $84.99 per month. You can try it for free for 14 days.

If you live in Central PA, it's a moot point, though, because in-market MLB teams like the Orioles are blacked out on Amazon Prime.

For Comcast subscribers, almost every Pirates game will be available on AT&T SportsNet, while a handful will be televised on the MLB Network, ESPN, FOX, or FOX Sports 1.

Out-of-market non-cable subscribers can find Pirates games on Amazon Prime's MLB.TV channel or by subscribing directly to MLB.TV. Both options are essentially the same -- it costs $24.99 per month to watch every out-of-market game with an "All Team Pass," or $109.99 for the year to just watch out-of-market Pirates games  via the “Single Team Pass."