The connection between the two leagues grows stronger with this partnership which is good for Lancaster and York. 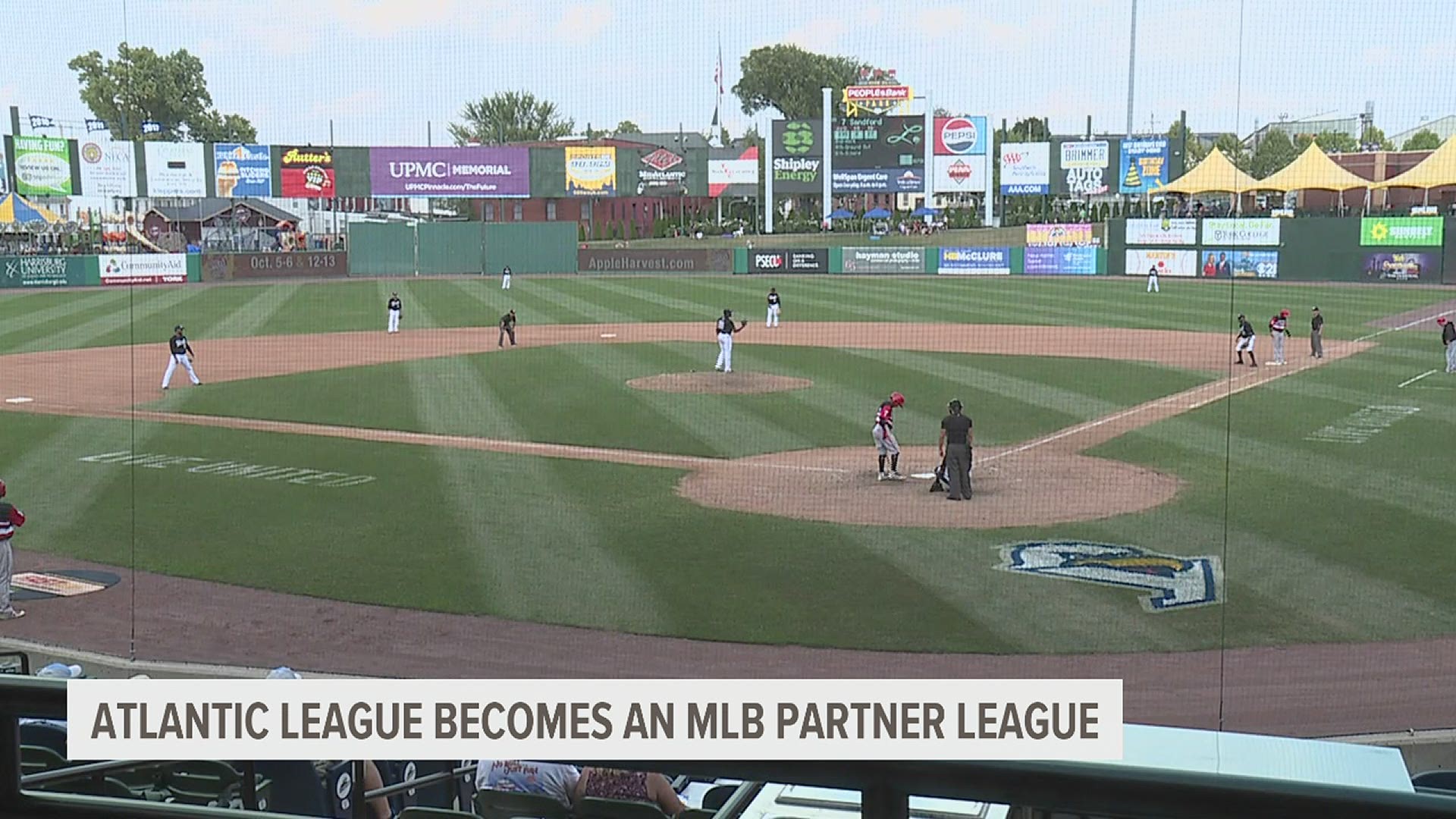 YORK, Pa. — While Major League Baseball inches towards their playoff bubbles, they've announced their first partner league and it's none other than the Atlantic League, the home of the York Revolution and Lancaster Barnstormers.

We've already seen the pair test out new rules and even robo umps for the big leagues and now they'll be meeting even more to talk about promotions and marketing.

It's great for the game of baseball and the local teams.

"We're going to be working with Major League Baseball for a long time," said York's Director of Communications Doug Eppler.  The rules extension, the experiments that we've been doing have been extended to 2023.  The Atlantic League has said publicly that it's more than willing to chat with some teams that are interested in potentially joining, and if this partnership leads to more of that, then that's just another bit of icing on the cake."