They'll become the seventh girls team in the state of Pennsylvania. 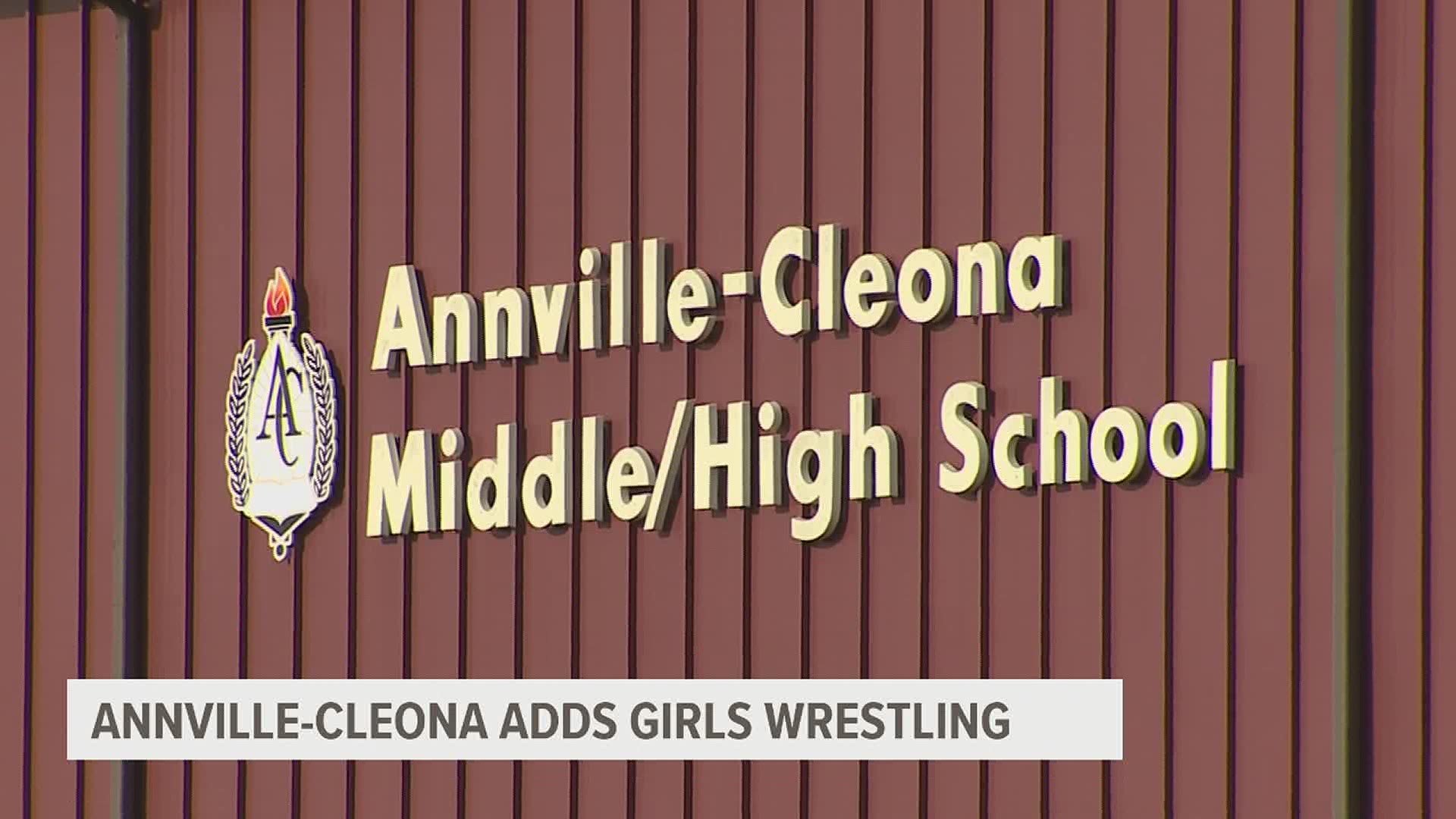 ANNVILLE, Pa. — When it comes to wrestling, it's hard to match the passion and the performance of Pennsylvanians, and it's not just the boys.

"We've talked about if for a couple of years now actually.  Nothing really formal," recalled Annville-Cleona Athletic Director Tommy Long.  "We've had a bunch of girls in our wrestling program for years and we've seen them come through the youth program, come through junior high, and then trail off when they get to high school."

RELATED: Gettysburg’s Delawder lays down De-law on the mat, ranks #1 among females in nation

Earlier this year, J.P. McCaskey made state history becoming the first school to green light a girls wrestling team.  This week, Governor Mifflin and Annville-Cleona stepped on to the mat.

"I'm really hopeful that it's not too long until we get to that 100 team mark and the PIAA can consider making it an official sport," said Long.

Annville-Cleona is now the seventh girls wrestling program in the state of Pennsylvania.  Last year there were five female wrestlers in the program, but they've had as many as eight in the past.  Fans can expect to see things in motion this winter.

"Our junior high assistant coach has stepped up and is willing to be the girls coach.  He has a daughter on the team so it worked out logistically perfect for us to have him step in there and having that background of coaching girls," said Long.

There's been plenty of feedback for the past few years about starting a girls-only team and it's not just at the high school level.  Lock Haven University is starting a women's program and even showcased what fans can expect when they came to Red Lion for the Rumble in the Jungle 2.

"With the number of colleges picking it up, it's a whole other avenue for girls to get into college, possibly.  So that's really something as a school that we've tried to open up avenues to give opportunities, whether it's in musicals, or academics, or athletics, we're trying to give our students all different avenues to expand their careers or college opportunities.  This is just another step in that direction," added Long.

More opportunities, and in the very near future, they hope more options for opponents across the Keystone state.

"We're sort of jumping in here before there's anything official in terms of postseasons and playoffs, but we're excited to give the girls a chance at being in the forefront of this," said Long.