Smith led the Burgundy & Gold for the first time in two seasons after a career-threatening injury. 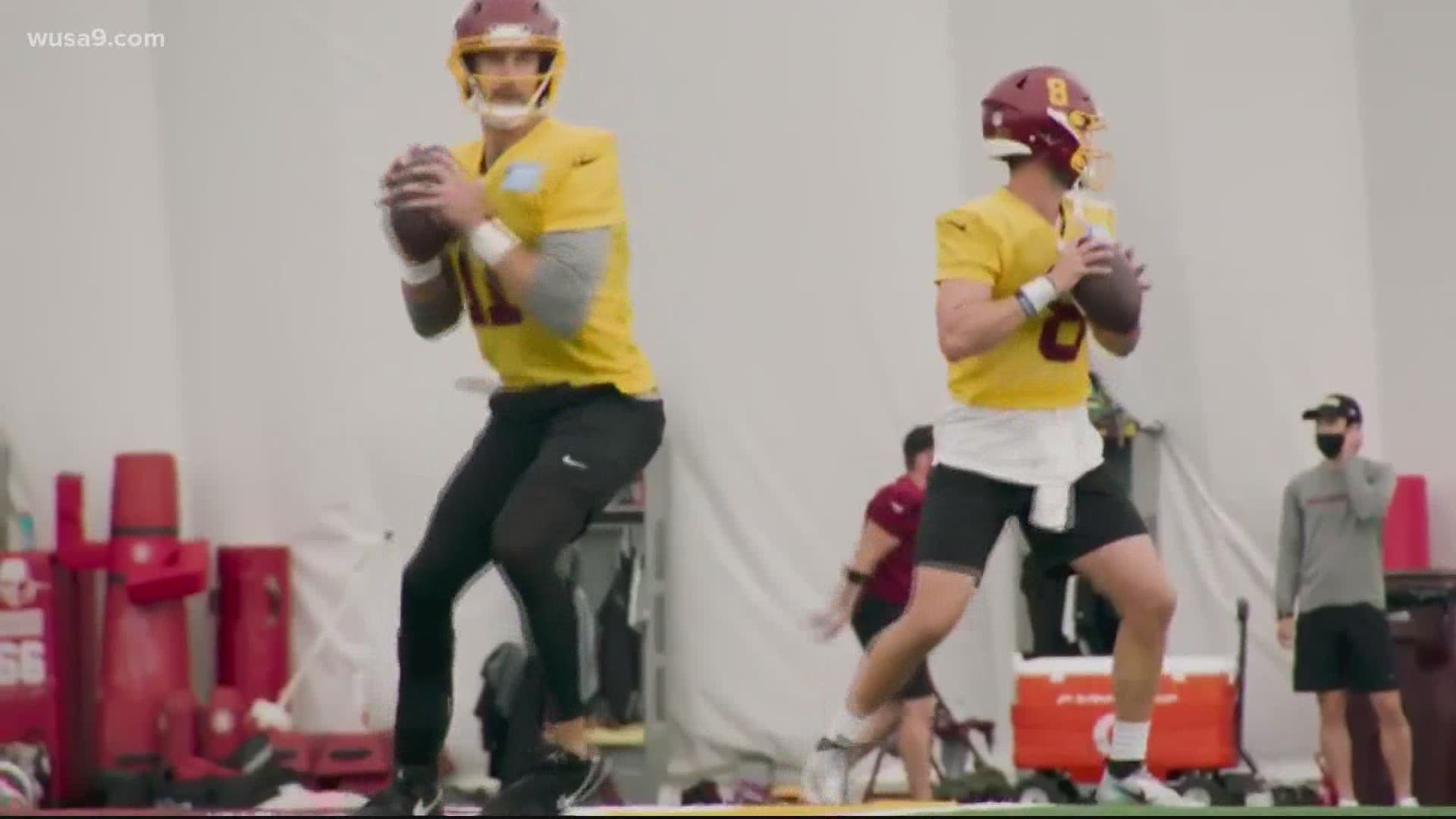 WASHINGTON — Seventeen surgeries. A life-threatening infection. A career in jeopardy. Washington Football Team quarterback Alex Smith shouldn't be here, but he took 25 snaps for the first time two years in an improbable comeback.

Smith took the field in the second quarter of the game against the Los Angeles Rams after starter Kyle Allen hit in the head and sidelined. This after season-opener starting quarterback Dwayne Haskins was benched after a 31-17 loss to the Baltimore Ravens.

While Washington lost 30-10 on a rain-soaked FedEx Field, it was an unprecedented milestone for Smith. The quarterback broke his leg in Week 11 of the 2018 season on a play reminiscent of former Washington quarterback great Joe Theismann.

Smith looked composed in the first half, making multiple throws in the 2nd quarter that made their way into the open hands of Washington's receivers, posting a 9-for-17 effort and 37 yards.

His leg also looked OK when he was hit a few times, including being sacked on six occasions.

Though everyone around him was nervous, Smith said in a postgame interview that it felt good to get hit and know his leg could withstand the toughness of football.

“Very surreal at first,” Smith said in his postgame interview about getting in the game after Allen’s injury. “To have it happen as fast as it did was probably almost a blessing. … It was kind of nice in that situation not having to think about it. You just go out and do it.”

In no one else was it more obvious the obstacles that have been overcome than in Smith's wife and family, who looked on nervously from the stands.

Smith's wife, Elizabeth Berry Smith, had her head in her hands, as cameras panned to her taking in Alex putting on his helmet and getting ready to take the field. Nervously worried amid wearing a mask and surrounded by her three kids.

Alex Smith will enter the game against the Los Angeles Rams after Kyle Allen was injured on a play in the first half. Smith hasn't played for the Washington Football Team since his horrific leg injury in 2018. https://t.co/hXYmPnaGEP pic.twitter.com/JVoXCgNt6I

Allen will start next week if healthy for the Washington Football Team, something head coach Ron Rivera confirmed after the game.

Washington had Smith on its Injured Reserve list the last two seasons but moved him to an active roster position after he proved during preseason camp that he had enough left, along with a healthy leg, to play in the National Football League.

ESPN's E60 team shared the struggles Smith faced returning to football from the spiral and compound fracture to his right tibia and fibula, and also shared that he almost lost his leg following the injury due to the life-threatening infection sepsis, which set in during the post-operation of his leg in November 2018.

The ESPN documentary called "Project 11" showed the steps that Smith took to get back to playing shape, including reaching out to military doctors and specialists who dealt with severe leg injuries.