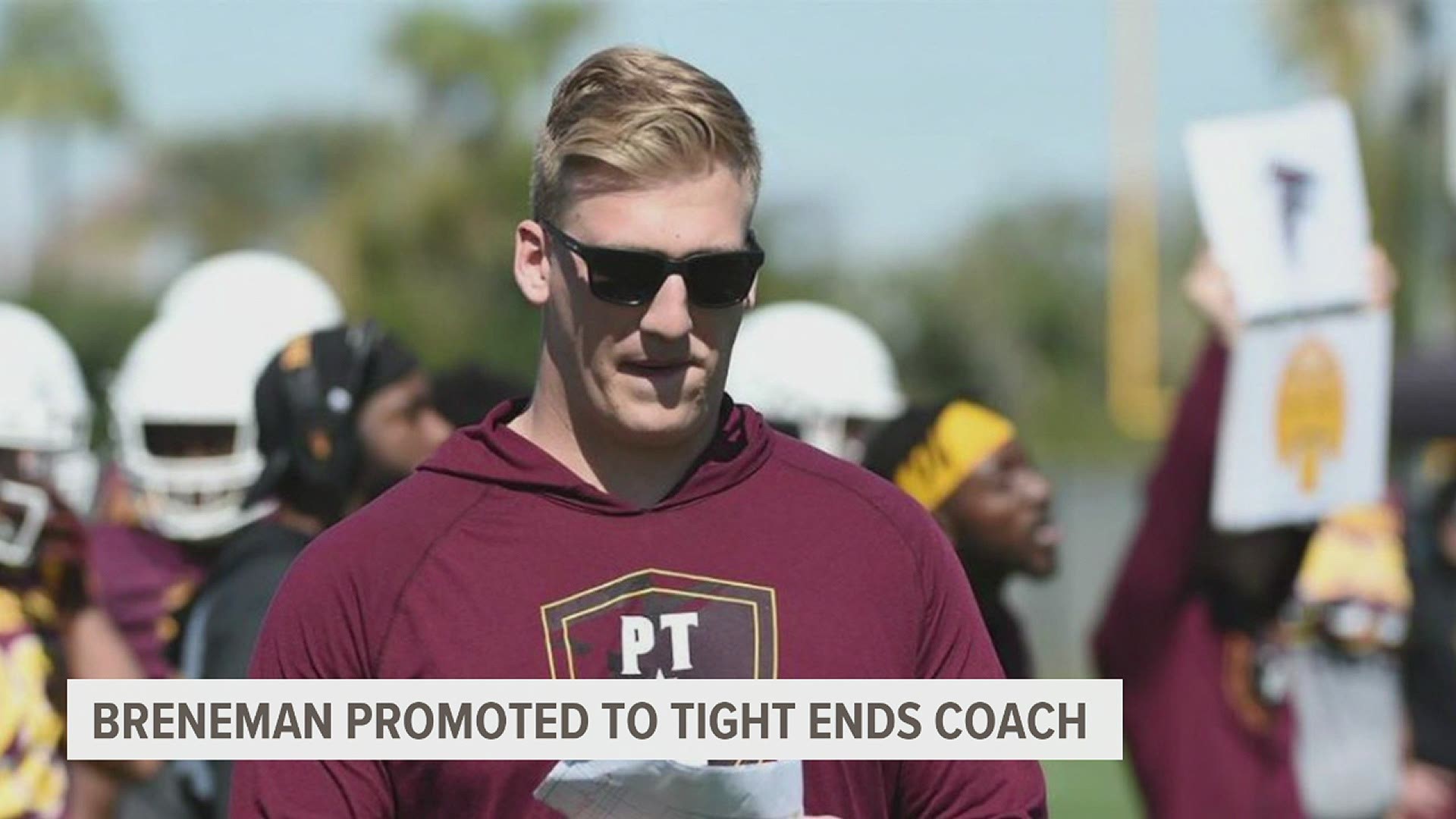 He receives the promotion from graduate assistant to full-time staff member this week.  Breneman's made a quick impression as a talented recruiter under extreme circumstances.  He went to the desert last February just before the pandemic started.  Despite the restrictions, he has obviously stood out to his boss, Sun Devils Head Coach Herm Edwards.

“It was a crazy process, the job came open and in college football, they are only allowed 10 assistant coaches, 10 full-time assistants and one of our spots came open,” Breneman explained.  “It was a process, I had to interview for it, it took about a week and a half.  I had a lot of different interviews, conversations and chalkboard sessions, about football with Coach Herm and Offensive Coordinator Zak Hill and various other people within the program. At the end of the day, they made the decision to promote me from within and I'm happy they did.”

Breneman is working to have a major recruiting footprint in Pennsylvania.