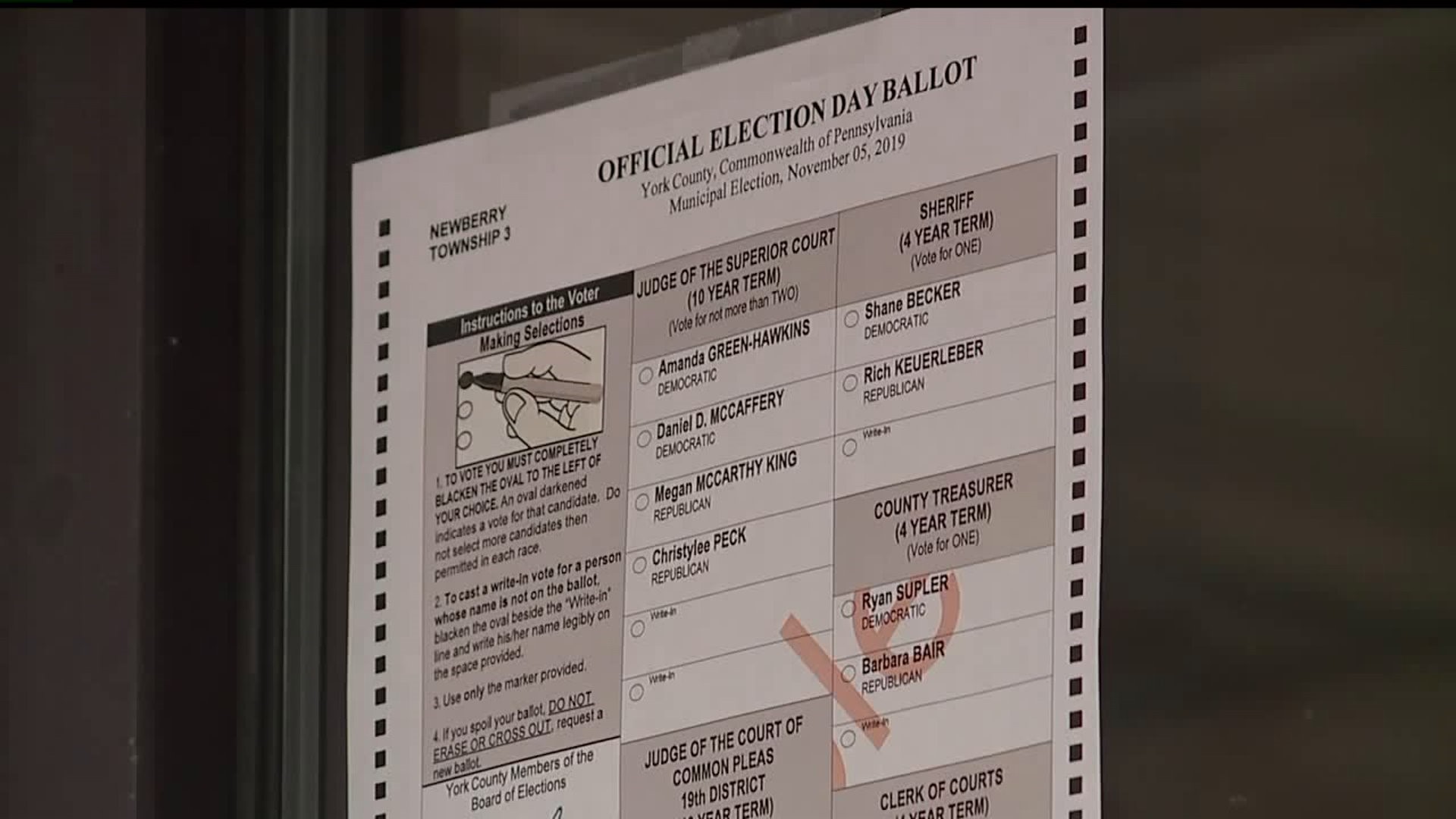 The county spent $1.4 million dollars on 180 new machines after the PA Department of State directed all 67 counties to purchase and implement new voting systems with paper records by the 2020 primary.

Some voters told FOX43 Tuesday they waited in hour-long lines to cast their ballots this morning. There were also some glitches at some locations as voters fed their ballots into machines to be counted but they were quickly ironed out.

The Pennsylvania Department of State's Office of Communications and Press released a statement regarding the ballot problems in the county:

We have been in touch with York County officials and representatives of the voting system vendor, Dominion Voting Systems, and the ballot printer. We’ve learned that some ballots were printed on incorrect paper stock size, which caused scanner feed problems. Poll workers isolated any voted ballots that were affected by the issue and the county plans to hand count them this evening.

The Department will be following up with York County officials, the printer, and the voting system vendor to review their entire process. The printer has acknowledged responsibility for the printing error.

However, not everyone who cast their ballot in the county had any problems. Some said they prefer paper ballots over the previous electronic machines.

“I thought it was so easy,” said Betsy Flynn, voter. “ It was the easiest I had voting then in other years.”

While some found the new process time-consuming or easy, others said it’s just a learning curve. Jeffrey White, a voter in the county, says this time it took him a bit longer than normal but that’s just because it was a new way of voting he had to get reacquainted with.

“It’s just I haven’t done the paper one since whatever age I was when they had the written one,” said White. “So, you have to read them, and it made them a little slower.”

While switching to paper ballots was a directive by the Department of State to help secure elections. Some voters, like White, question just how secure this new method is.

“Papers never more secure, paper can be reprinted or whatever compared to once it’s digitally enhanced on a digital system, I think would be much better.”

Polls in Pennsylvania are open until 8 p.m. As long as you are in line by that time, you will be able to cast your ballot.