WEST YORK, YORK COUNTY, Pa. — This Veteran’s Day, a York County musician is on a mission to remind all veterans they matter. Dave Bray USA is writing and ... 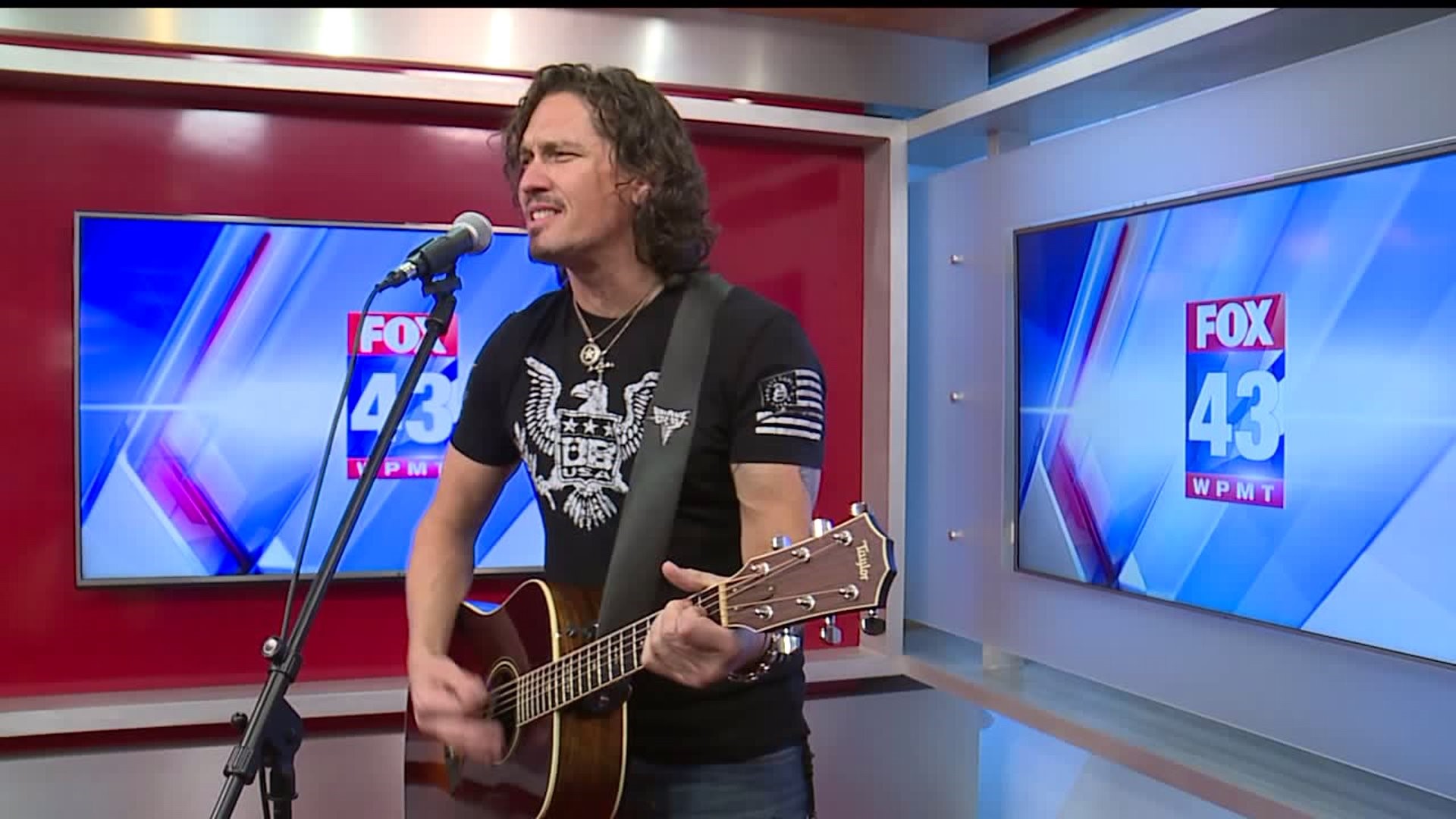 WEST YORK, YORK COUNTY, Pa. -- This Veteran’s Day, a York County musician is on a mission to remind all veterans they matter.

Dave Bray USA is writing and performing his own music for veterans all across the country.

Bray wrote the song "Warrior Inside" so veterans always remember who they are.

He performs it at concerts, fundraisers, and nonprofit events in York County and across the nation.

The lyrics start, “when I was young man, I put up my right hand, and I swore to defend this land..."

It’s an oath Dave Bray USA swore himself at the age of 17; he served in the United States Navy for 5 years.

Bray is from West York, but he travels the country to spread the message.

"It's basically a song to help inspire veterans to be proud of their service," explained Bray. “I feel like they need to remind themselves that they are still in the fight and never give up. I mean, we’re losing too many veterans to the invisible scars of war.”

His favorite lyrics in the song are “I probably drank a thousand beers for those who can’t..."

“That’s one of those ones I put in there purposefully, so that people can stop and pause on that for a second, ‘like yeah, I have done that, but do I need to continue doing that?’” he explained.

It’s just one track on his album fittingly titled "Music on a Mission."

"It debuted at number 6 on the Itunes rock chart with Godsmack, Greta Van Fleet," he told FOX43. “It’s empowering. You work very very hard over a year to put together a record, and it’s a narrated storyteller album."

With every song, there is a narrated story by Bray - the history, why it was written, etc.

He says his mission is simple but powerful: Change or save a life.

If you buy Bray’s album, he says you actually will get two - one for yourself and a second to give to a veteran as a way to say thank you.

You can read more about Bray here.