York – It’s the season of giving and one York County police department has a new ride thanks to a local organization. America’s 911 Foundation... 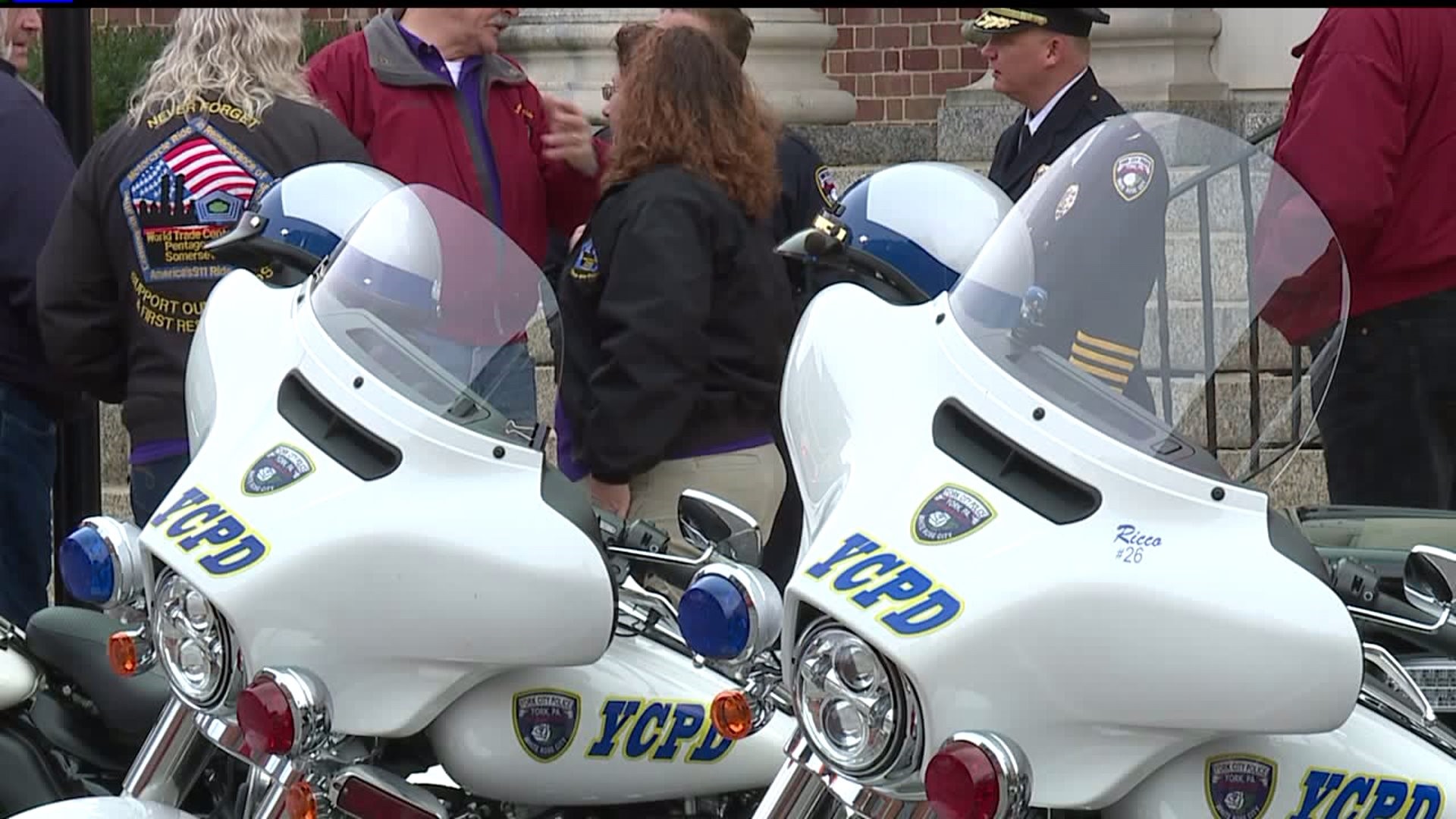 York - It's the season of giving and one York County police department has a new ride thanks to a local organization.

Each year, the organization gives away a motorcycle to police departments, this one is the 20th one they have donated to police.

Chief Troy Bankert York City Police said the motorcycle unlike a vehicle, helps them spark a conversation with the community and better their relationship.

"It gives us a good opportunity to interact with the community without being inside of a car, it's more personal but at the same time it lets us have some mobility," said Chief Bankert.

"These are people who protect us and put their lives on the line every day," said Roger Flick, America's 911 Foundation promotions manager, "and they want to keep their community safe and we want to help them do that."

The organization also holds a motorcycle ride to remember those who lost their lives on September 11th.
The York Police Department takes part in that ride, so organizers said they were more than happy to announce the winners of this year's raffle.