Megan Tomlinson says she can’t stop thinking about every bite she takes, after she bit into pieces of metal in her Burger King chicken fries. “I hav... 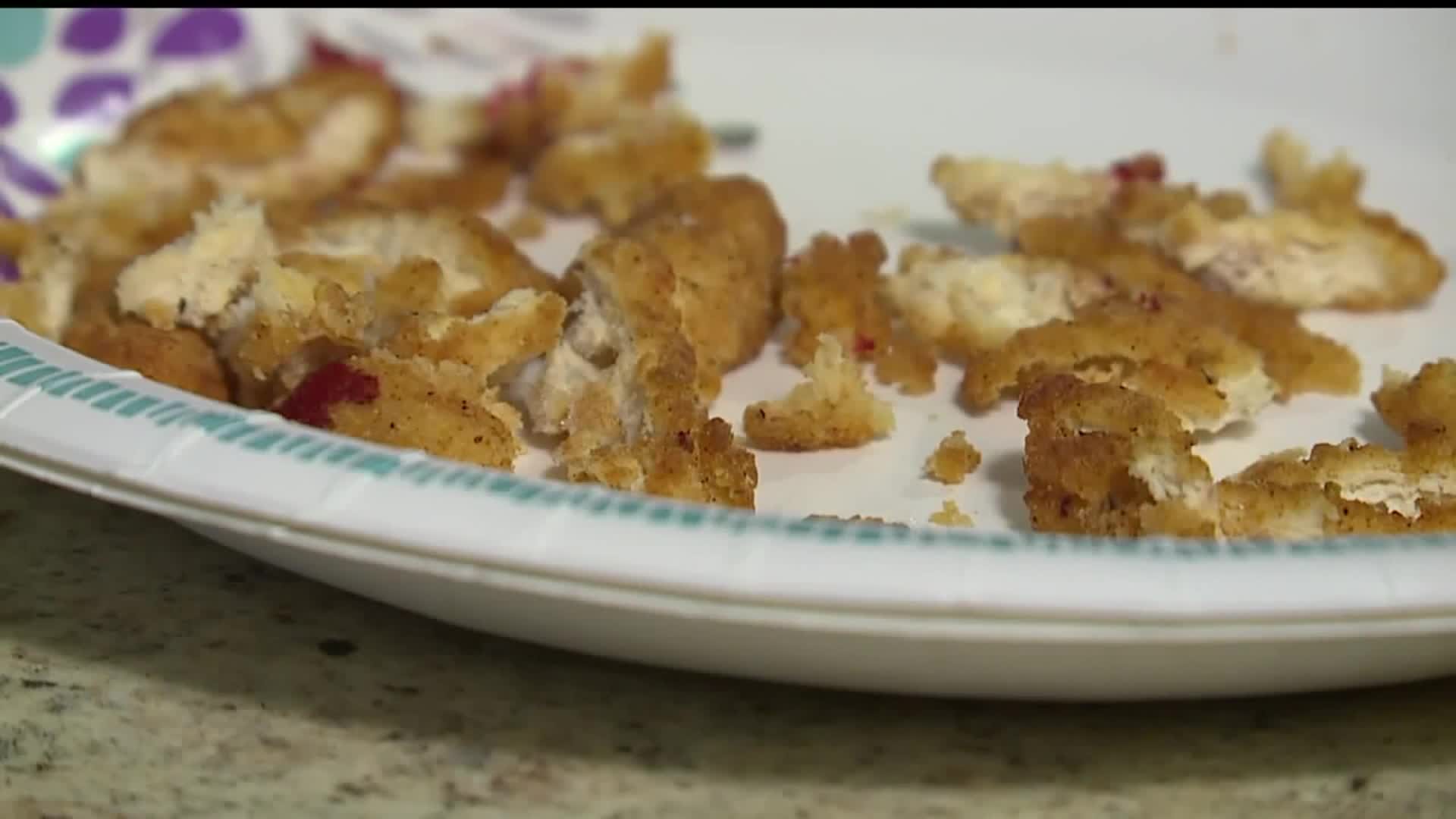 Megan Tomlinson says she can't stop thinking about every bite she takes, after she bit into pieces of metal in her Burger King chicken fries.

"I have an issue with food now," Tomlinson said.

On September 24th, Megan stopped by the Burger King on Lititz Pike in Manheim Township for lunch. She went through the drive thru, ordered a chicken fry meal, large Coke, and barbecue sauce, and began eating on her way home.

When she got home she continued to throw up blood. Her fiance dissected the rest of her meal and it's not pretty.

"I don't know exactly what it was," Tomlinson said. "People said 'razor blades,' and  'box cutters,' something from the machinery. I don't know for sure."

Whatever it was landed her in the hospital for four days. Plus a cat scan, an x-ray, and emergency endoscopy.  Test results showed three metal densities in her GI track.

"People also asked a lot, 'how did you not realize there was metal in it?' You don't think about that," Tomlinson said. "You don't think there's going to be metal in your food. You just eat. Food is supposed to be a comfort and a safe place and it's not supposed to hurt you and this time it did."

Megan hired a lawyer, not to press charges, but to warn others. She also hopes Burger King will foot the bill.

"This is I think a clear case of negligence," Nathan Carter, her attorney, said. "I don't think anybody intended to hurt her. But we just don't want it to happen again."

That same meal is now in her freezer, waiting to be sent away to be tested. The chicken provider, Tyson, said it wants her food to be tested by an independent third party

"I feel physically fine but emotionally it's hard," Tomlinson said. "I dissect all of my food. I chew it and push it up to the top of my mouth. I chew it a thousand times, it's terrifying."

FOX43 reached out to the owner of this particular Burger King three times over the past three days. We're still waiting on a call back.

Burger King corporate said in a statement "Food safety and quality are among our top priorities.  We have been in touch with our guest and are working with our franchisee and supplier to look into this matter."

Tyson also told us in a statement, "Tyson Foods produces high-quality, safe food enjoyed by millions of consumers. In this particular case, the consumer’s Facebook post led to a thorough investigation, including analysis of products made at the same time at our facility. No similar issues were found and we remain confident of the safety of our products. The material has not been made available for evaluation."

No word on how much Megan's medical bills are going to cost.