Parents of West York student throw a prom in their backyard

With schools cancelling graduations and prom, one family decided to throw their daughter, who's a senior at West York, her own prom. 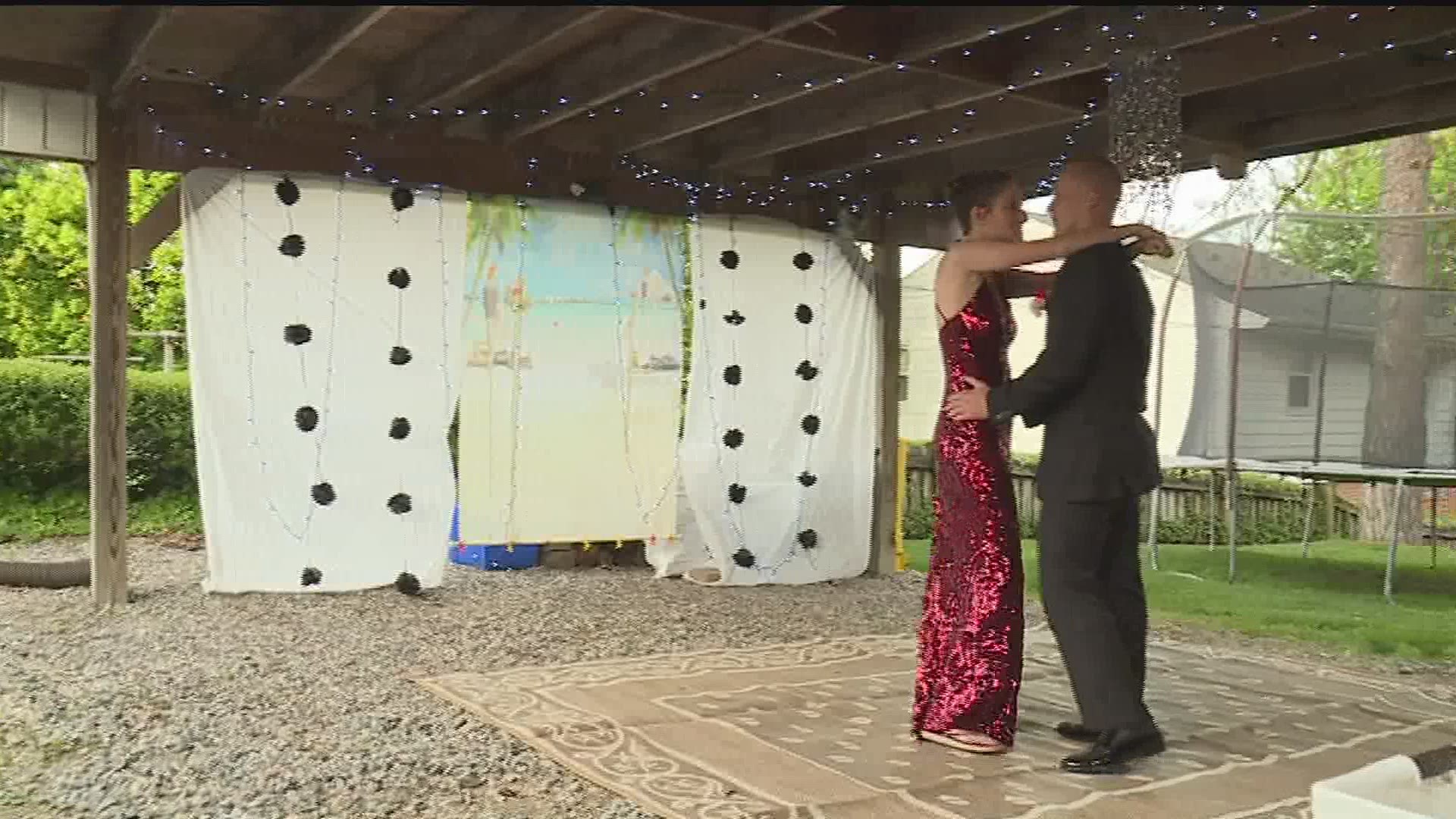 YORK, Pa. — It's tough enough, 2020 seniors are missing the final months of high school and spending them at home. West York's prom was scheduled for May 8th. With prom canceled, Audrey Gerber and her husband of York decided to throw their daughter her own "backyard" prom. They transformed their backyard into a high school prom.

This was going to be the first prom Audrey's daughter Jocelyn and her boyfriend Hunter, who just got back from his duties in the Army in Germany, shared together.

"I knew I had to do something. So, we just got together and put a prom together for them," said Audrey.

They had dinner for two, a DJ and their own dance floor but the surprises continued. Jocelyn's mom arranges for friends and family to not only driver by, but join in on the fun from a safe distance.

"It was exciting,' said Jessica Stover, West York Senior and Jocelyn's best friend. 'I was excited for prom. I didn't go to prom junior year. I thought, I'll save it for senior year and, of course, prom isn't going to happen this year. So, it's a different kind of prom but it's a prom."

"It was a hard thing that they didn't have a dance to go to and a prom to go to. It was something that we could at least celebrate," said Tina Stover, Jessica's mom.

The friends were all smiles getting their picture taken together.

"I hope she appreciates and and make this memorable for her the best we can," said Audrey.

A night fit for the king and queen.