"We're still in the Stone Ages": New plan could make it easier for people to log online

York County is stepping up efforts to help people have access online to the internet, thanks to a boost from CARES act funding 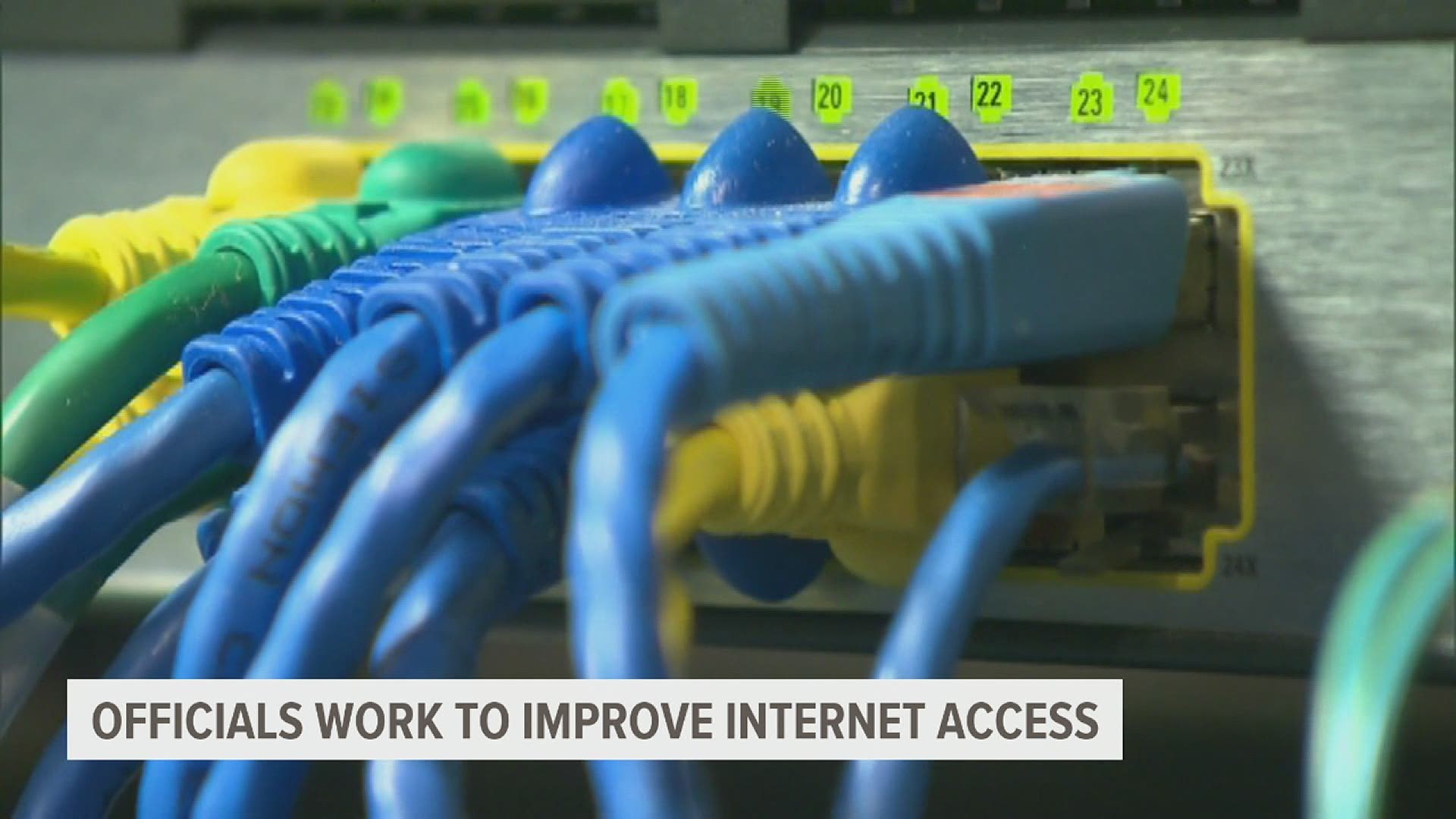 But, Justin Gladfelter doesn't have internet. And, he's not alone.

"My daughter's 16 and she hasn't had the internet here. My son is 10 and he's never had internet here," he said, adding "...we're still in the Stone Ages back in this section."

Gladfelter said he has tried repeatedly to get internet access through private companies. But he said he has been told there aren't enough houses in his neighborhood to justify the cost for a line.

York County leaders recognize the 'digital divide' that exists in communities. It's a divide that has only become more prominent as more people work and go to school from home.

Therefore, county leaders decided to use part of the $40.5 million in CARES Act funding for a pilot project to beef up broadband in the region and expand connectivity options for businesses, nonprofits, and community members.

"For folks who already have internet access in the home, it certainly won't impact them. But for those that don't have access, it certainly should help them gain access," said Julie Wheeler, President of the York County Commissioners.

Wheeler said as part of the CARES Act requirements, anything implemented by the county has to be in place by the end of the year. Therefore, the county decide to start its broadband expansion by running fiber down a 32 mile stretch of the rail trail where a conduit is already in place from York to New Freedom. Four antennas will also be installed in York, Seven Valleys, Glen Rock, and New Freedom. Wheeler calls the measure, just the start of what's to come.

"What this will do is set us up for future expansion. So, basically now we will have a 32 mile backbone," said Wheeler.

Meantime, Gladfelter has reached out to state leaders to try to explore options to bring internet to his home so he doesn't have to rely on public internet sources through the county, such as the library. However, he said the private internet companies still haven't budged in installing the line to his home in Springfield Township. Gladfelter said his family relies on hotspots, for now.

"I'm just worried if the schools get closed and my kids have to stay home to do their school work, we can't really provide them with the internet access," he said.