HARRISBURG — Votes on the Marsy’s Law question that’s set to appear on ballots in next week’s election will not be counted. This comes a... 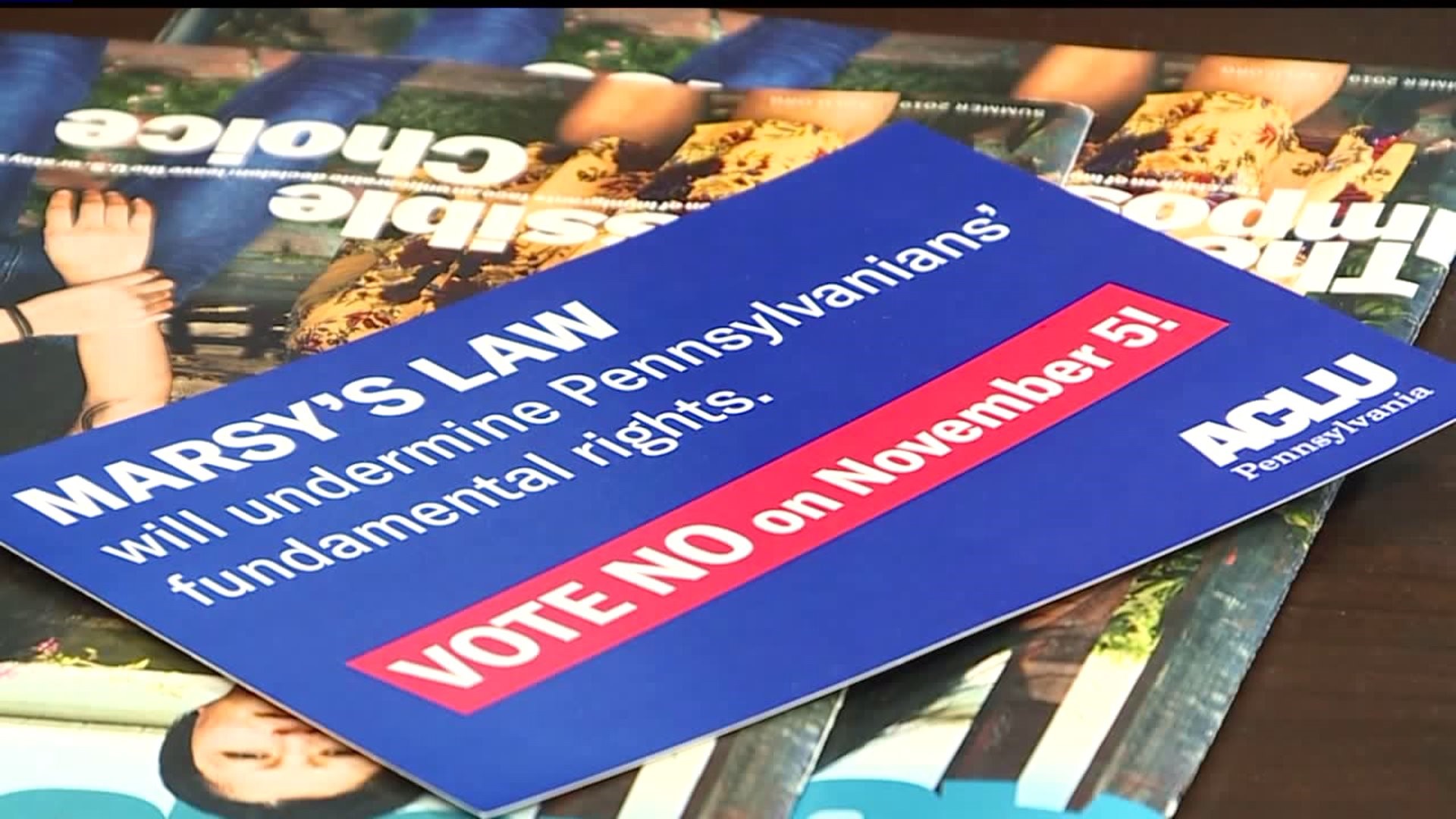 HARRISBURG -- Votes on the Marsy's Law question that's set to appear on ballots in next week's election will not be counted.

This comes as the Commonwealth Court of Pennsylvania granted an injunction Wednesday that doesn't allow Kathy Boockvar, the Acting State Secretary, from taking or certifying the votes until a lawsuit over the ballot question is resolved.

The ballot questions asks voters whether the state Constitution should be amended to include crime victims' rights.

The lawsuit, filed by the League of Women Voters of Pennsylvania and Lorraine Haw, argues that the ballot question violates a section of the state Constitution because it lumps 15 specific rights for crime victims into one question rather than have separate amendments.

"From the start, this case has not been about victims' rights, but about protecting the rights of Pennsylvania votes," said Steven Bizar, partner at Dechert LLP and co-counsel for the League of Women Voters of Pennsylvania and Lorraine Haw. "That is what our clients are concerned about here. When constitutional requirements are skirted, even for good reasons, every one of us suffers. We are very pleased with the Commonwealth Court's reasoned opinion and ready to press ahead to ensure that the requirements for amending the constitution are met."

Jennifer Storm, the state's victim advocate, is calling on voters to vote YES on the Marsy's Law ballot question anyway.

"Seeking justice for crime victims has always been an uphill battle," she said in a statement. "Challenges were, and continue to be, expected. This is why it is vitally important that each and every Pennsylvania voter goes to the polls on November 5 and votes YES to Marsy's Law. Protecting victims' rights has never been more important than in this moment – and the ability to act has never been in the hands of citizens like it is right now."

The new rights for victims include: