A July 21 prayer vigil honored Lillie Belle Allen, a Black woman who was murdered during the 1969 York Race Riots. 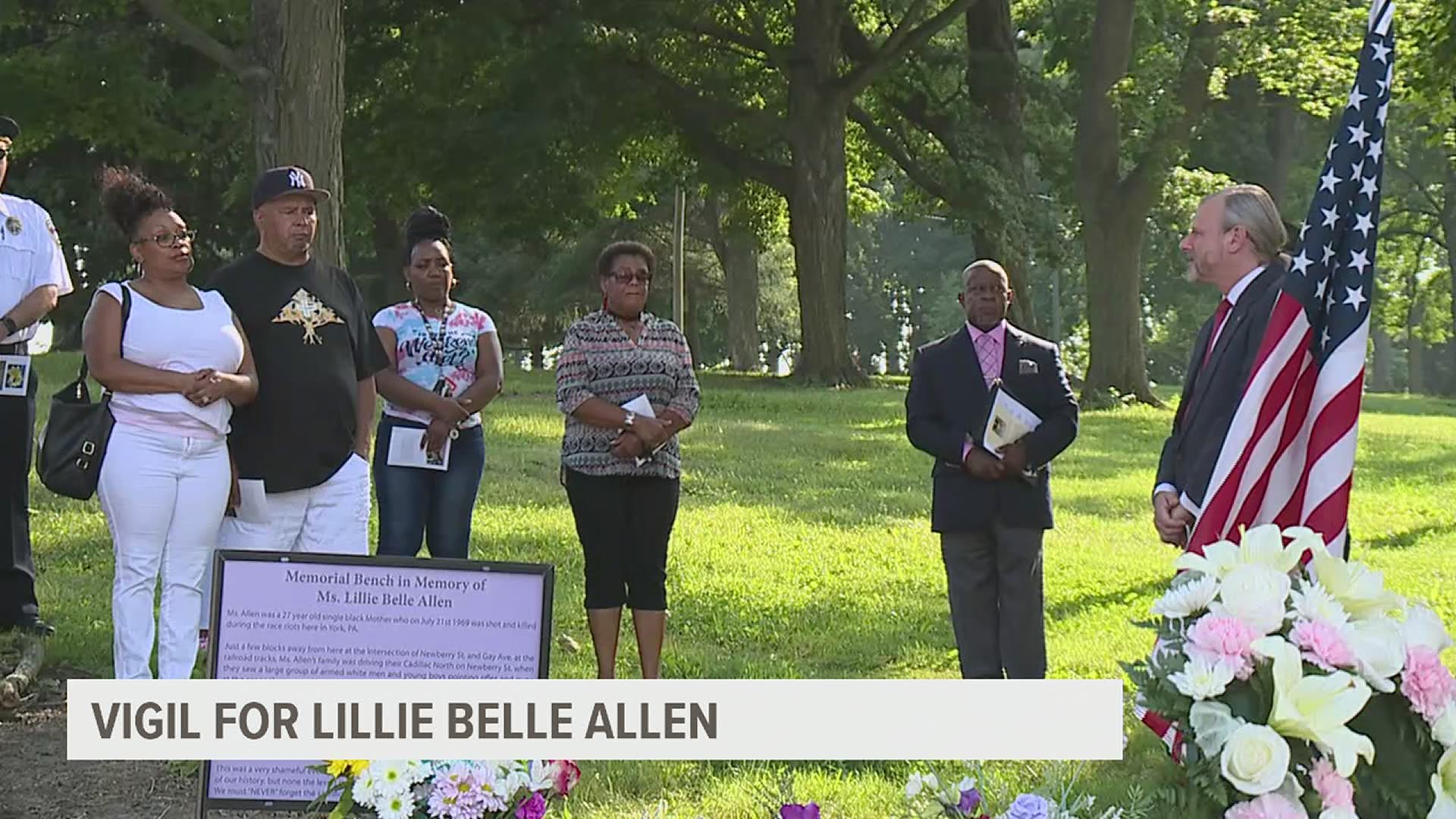 Allen was 27 and a mother when she was shot by a White gang on the train tracks on Newberry St.

Vigil organizer Bob Mann said he held the event with permission from Allen’s daughter, who lives in Georgia.

Mann was 14 when he witnessed the murder.

“It’s important to my heart because I witnessed this lady get killed 52 years ago,” Mann said.

Two benches in the park honor Allen and 22-year-old York Police Officer Henry Schaad, who was also killed during the riots.

For the 50th anniversary of the riots in 2019, Mann installed plastic signs next to the benches explaining the history of the riots.

“The reason they’re facing one another is for people to sit down and talk instead of killing each other,” he said. “Sit down and have a conversation and let’s work our differences out.”

Mann has been bringing flowers to the memorial benches every day for the past 730 days. He has publicly called for permanent plaques to replace the plastic signs he installed.

However, the family of Lillie Belle Allen have said they would prefer a memorial near the train tracks where she was killed, according to York Mayor Michael Helfrich. They said they felt the memorial should be just for Allen, the only civilian killed during the riots.

The city is looking into a few options to remember Allen, Mayor Helfrich has said, including registering the place where she was killed with a Pennsylvania Historical Marker, or as an International Site of Conscience.

RELATED: Remembering the victims of the 1969 York race riots