DAUPHIN COUNTY, Pa.– Eight Harrisburg residents have been indicted on drug trafficking and firearms offenses in a crime that totaled more than $1 million ... 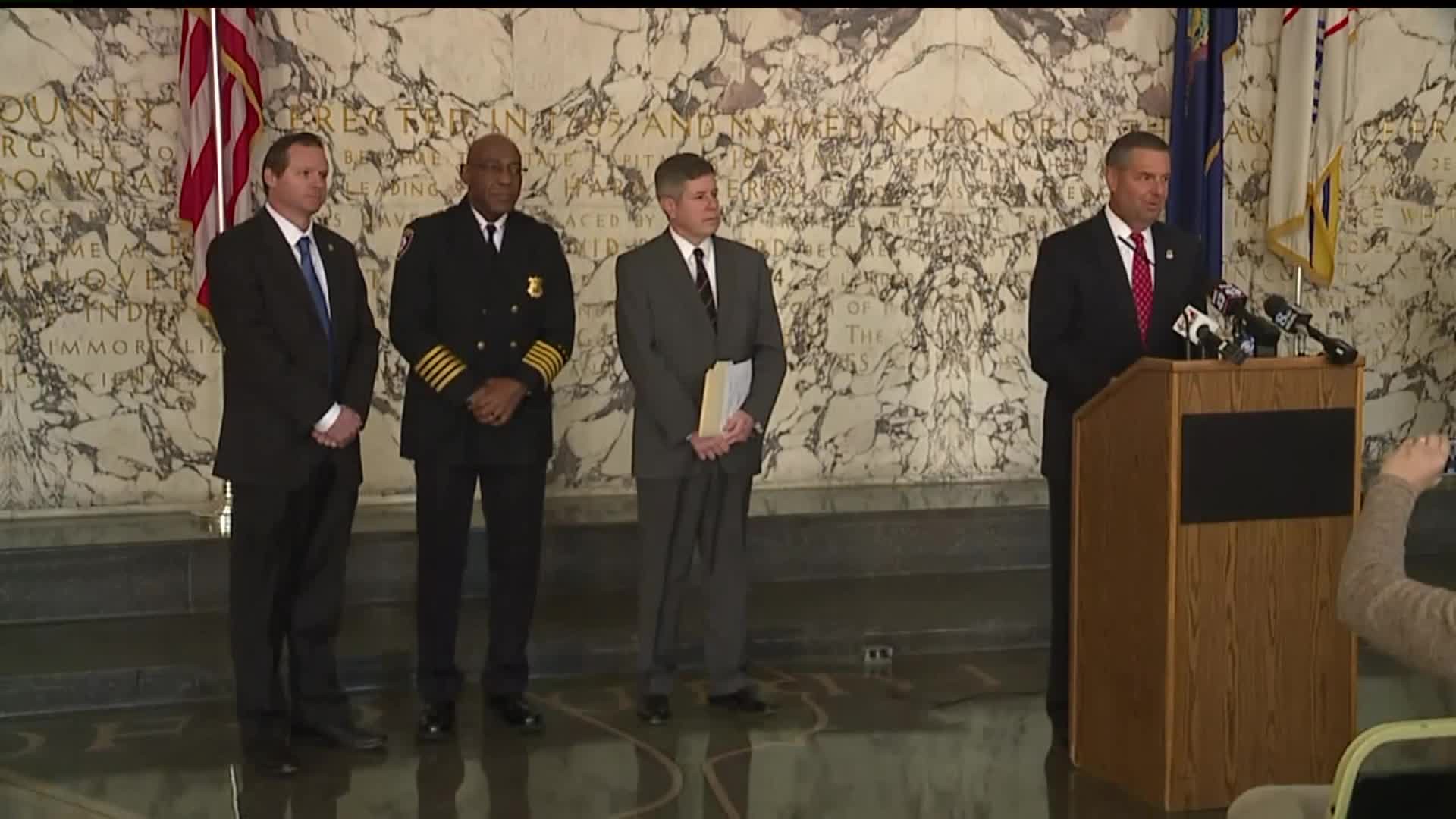 DAUPHIN COUNTY, Pa.-- Eight Harrisburg residents have been indicted on drug trafficking and firearms offenses in a crime that totaled more than $1 million dollars and was connected to a series of violent incidents across Harrisburg, according to investigators.

Authorities said that several members of this drug trafficking conspiracy were affiliated with music group "Never Forget Loyalty" or "NFL," and that many of their crimes were advertised in music videos. In those music videos, investigators said, members brandished assault rifles, machine guns, and pistols with extended magazine clips, flashed cash and displayed drugs. Investigators add the defendants also described their drug trafficking activities and their willingness to act violently against rivals, including those suspected of cooperating with law enforcement.

"The NFL portrayed themselves as a music group and posted videos on YouTube in which members of the group displayed large sums of cash, narcotics and brandished firearms," said David Freed, U.S. Attorney. He added, "You heard that right, they broadcast what they were doing on YouTube and social media."

The U.S. Attorney's Office for the Middle District of Pennsylvania announced that the following people  were indicted by a federal grand jury on drug trafficking and firearms charges:

"The main portion of the activity and the charges that we are discussing today took place in the 1600 block of Market Street in Harrisburg," said Freed. He added, "on numerous occasions these defendants carried, brandished and used these firearms against rivals or perceived threats to their group."

According to U.S. Attorney David Freed, the accused allegedly ran a drug trafficking conspiracy from 2018 to the present in the Harrisburg area. Investigators claim that no fewer than 10 firearms were also taken off the street as a result of this investigation.

They add they believe the suspects involved in the drug trafficking conspiracy are connected to a number of other violent criminal activities in Harrisburg. That includes according to investigators: