VERIFY: Yes, the US sent about 18 tons of medical supplies to China in early February

A viral claim circulating online that President Donald Trump sent 18 tons of PPE to China. It wasn't all PPE and it was sent before many cases surfaced in the US. 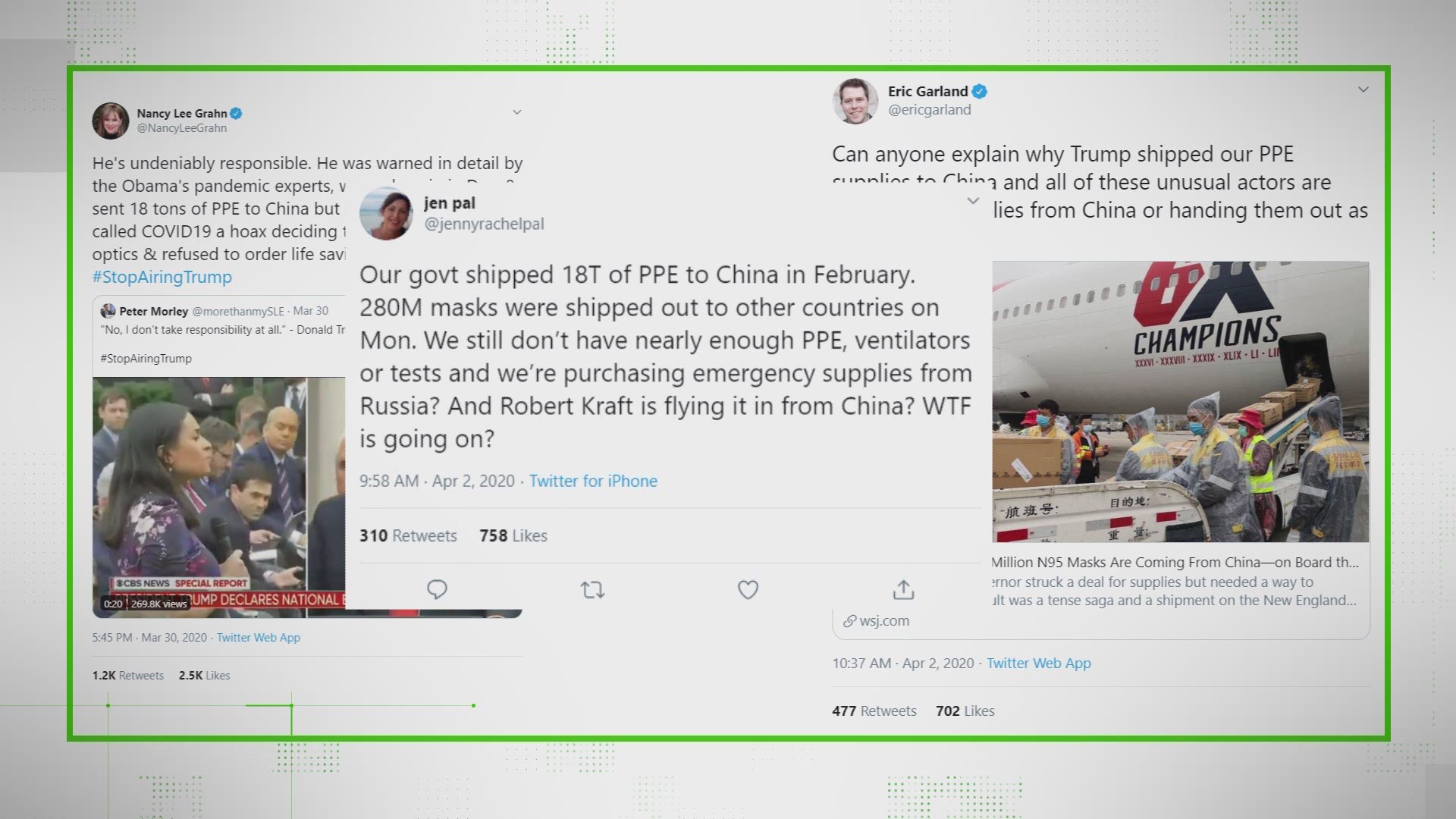 The most shared version of the claim came from a tweet by Democratic Representative Maxine Waters of California.

Waters added personal opinions and accusations towards the President that we can’t VERIFY, but we can break down the repeated claim that the US shipped 18 tons of PPE to China.

Did the United States ship 18 tons of Personal Protective Equipment to China before the coronavirus crisis increased here?

The United States did ship about 17.8 tons of medical supplies to China in early February. It’s worth noting that not all of it was PPE and the State Department said the supplies were sourced from private donations, not the public stockpile.

On Feb. 7, the State Department announced they were transporting nearly 17.8 tons of medical supplies to the Chinese people.

“This week the State Department has facilitated the transportation of nearly 17.8 tons of donated medical supplies to the Chinese people, including masks, gowns, gauze, respirators, and other vital materials,” the release read. “These donations are a testament to the generosity of the American people.”

Tweets from Secretary of State Mike Pompeo showed the materials being loaded to be sent to China.

So yes, per the Department of State, the claim that the US sent about 18 tons of medical supplies to China is VERIFIED.

Now it’s important to note: Not all 18 tons were PPE.

Those same State Department releases show that they included: Masks, gowns, gauze, respirators, and quote “other vital materials.” And the releases indicate that the supplies came from private “donations," not from the U.S. stockpile.