VERIFY: What does the decriminalization of mushrooms mean in DC?

DC voters overwhelmingly approved a push to decriminalize magic mushrooms and other natural hallucinogens'. The initiative is more of a de facto decriminalization. 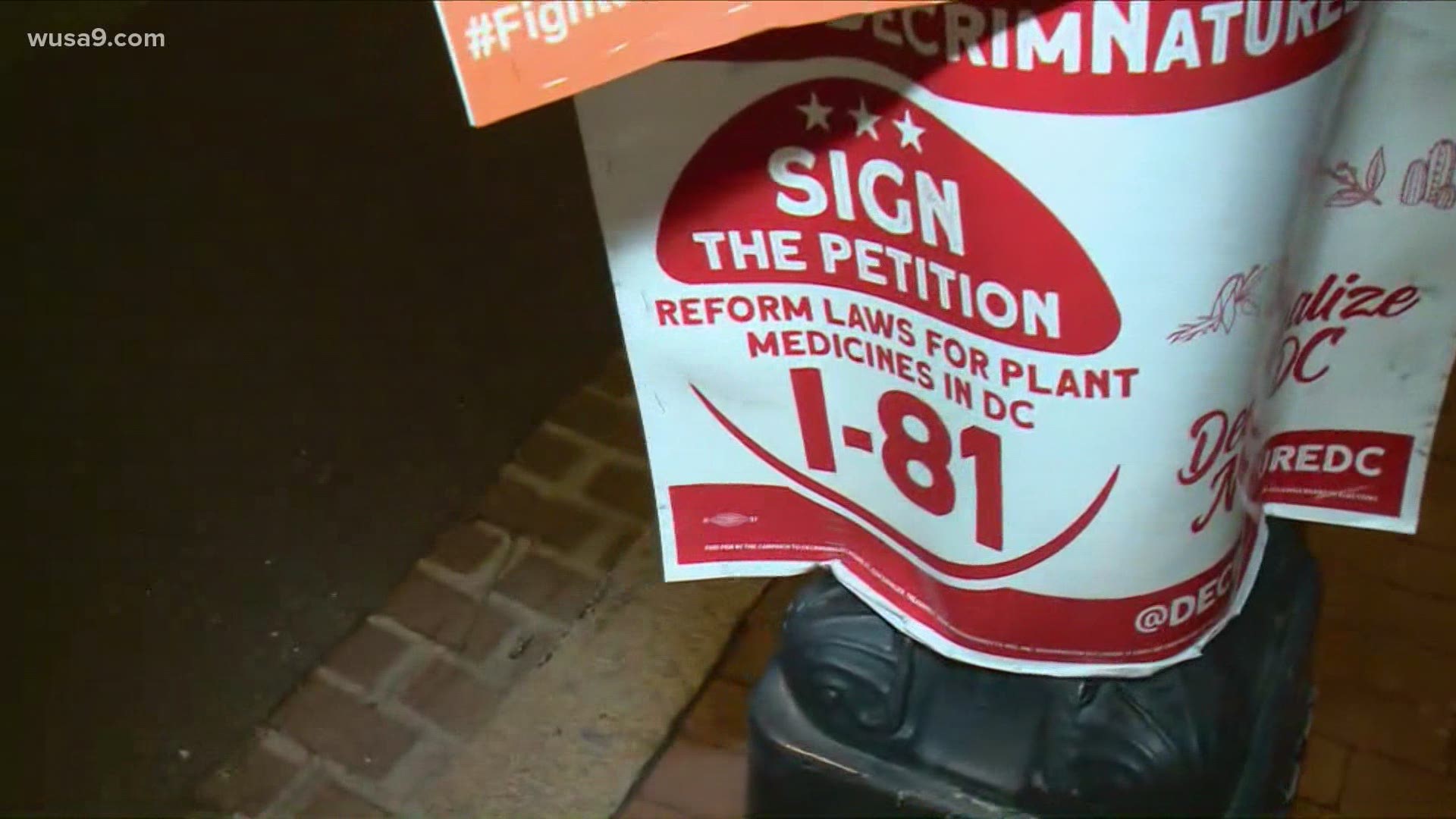 WASHINGTON — Drug decriminalization has been around in the United States for a couple of decades. Marijuana decriminalization dates back to the 1970's, and now, there are only six states where cannabis is fully illegal.

Washington, D.C. residents voted in November 2020 to decriminalize some natural psychedelics like psilocybin mushrooms and ayahuasca via Initiative 81. The District follows the state of Oregon and a number of other jurisdictions that decriminalized or de-prioritized mushrooms in the U.S.

But from the road to illegality to legalization, where does decriminalization lie, and what does it mean?

What does it mean for a drug to be "decriminalized?"

Specifics vary by location, but broadly it means removing the criminal penalty for using or possessing drugs. It does not legalize and regulate those drugs.

There are two kinds of decriminalization that exist in the United States: drug crimes are taken off the books completely, or the enforcement of drug laws become the lowest priority, meaning officers don't seek them out and are only charged in connection with other drug charges

Oregon fits into the first category. The state decriminalized the possession of small amounts of all drugs, which took effect in February 2021. Instead of being charged, jailed, or fined, those found with drugs will be connected to support services.

Meanwhile, in Washington, D.C., Initiative 81 takes the position of de facto decriminalization. The I. 81 website states "Initiative 81 does not legalize or reduce penalties for entheogens."

These drugs are still criminal, and you can still be charged for possession, but Initiative 81 asks D.C. police to de-prioritize charging people with possession of entheogens like psilocybin mushrooms, ayahuasca, iboga, or mescaline-containing cacti.

"It's the lowest law enforcement priority," says Matt Sutton, spokesperson for the Drug Policy Alliance. Their group studies and advocates for drug decriminalization as a form of criminal justice and public safety.

"So essentially, if they saw somebody jaywalking, they would need to attend to that before they would attend to somebody that was that was using psilocybin," he says.

Verify researchers spoke with a Metropolitan Police Officer who asked to not be named in our story. They told us Initiative 81 doesn't make much of an impact on the way they already police entheogens.

The officer says they've been on the force for almost two decades and have rarely encountered these drugs. They said the "decriminalization" just makes these drugs a lower law enforcement priority, which they claim was already pretty low.

Despite these changes across the country, psilocybin mushrooms and other psychedelics are not legal in the U.S. The difference, Sutton explains, is that there is no legal or regulated way to buy or sell these substances.

"For decriminalization, you're removing all the criminal penalties that go along with that. So, people can still have their drugs confiscated, and can still face some kind of civil penalties," Sutton says. "In the case of legalization, people are able to purchase drugs at a legal point of sale."

In contrast, Virginia plans to legalize the use and cultivation of marijuana for residents over the age of 21 on July 1, 2021. The state plans to regulate the sale of cannabis by establishing a new commonwealth agency, the Virginia Cannabis Control Authority.

Sutton tells us decriminalization, legalization and regulation of drugs is a pathway to criminal justice reform.

Instead of charging, fining or jailing someone for drug possession, many programs instead want to make a push toward recovery for drug users.

As for the district—it's not hard to find magic mushrooms if you look, but officers won't exactly be looking for you. Partake responsibly, D.C.