Millions of individual investors have taken on a hedge fund and won. But it could spell trouble for the financial markets. 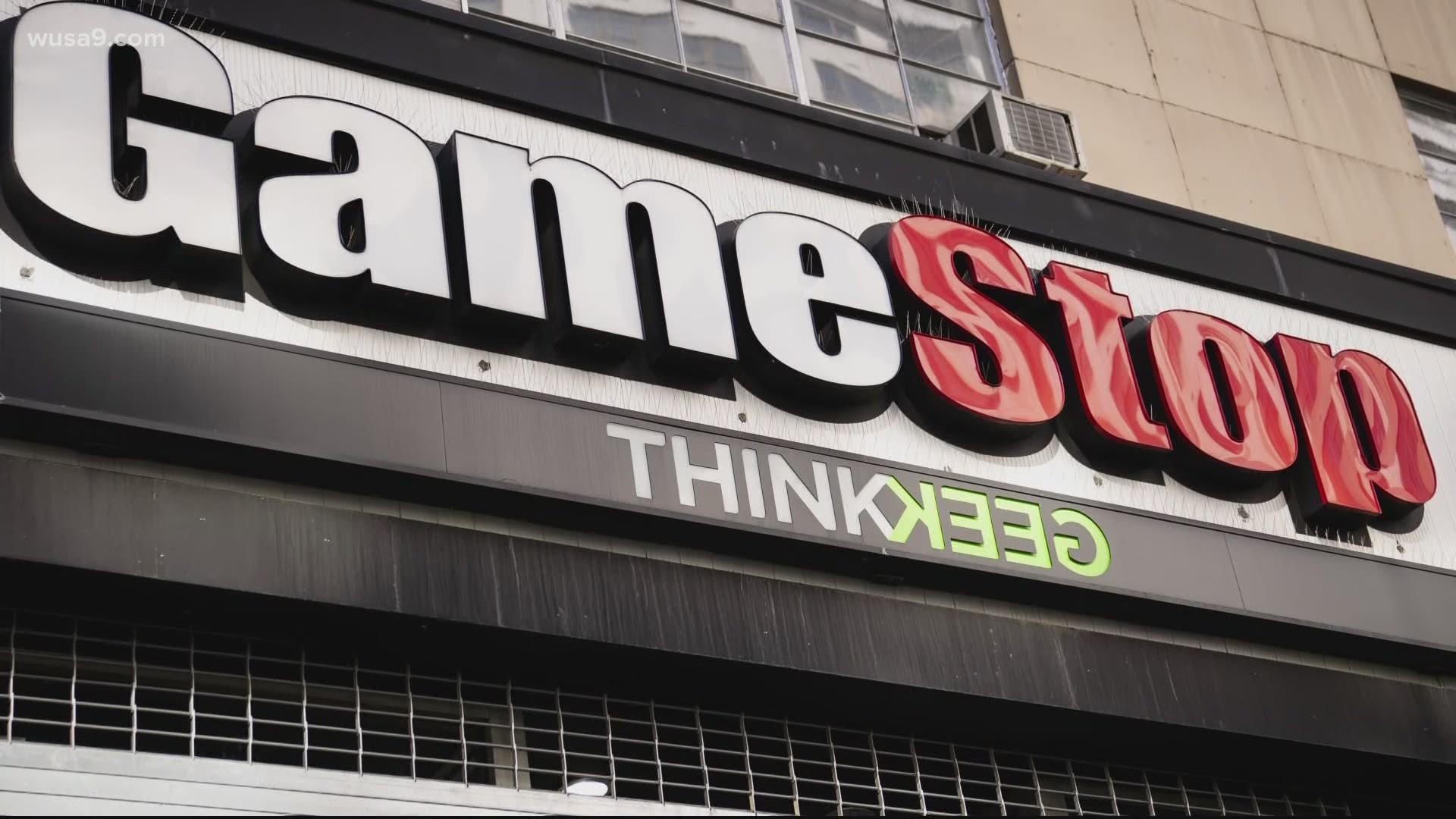 WASHINGTON — There is something wild happening on Wall Street.

All week several companies thought to be dead in the water because of the pandemic, like GameStop and AMC movie theaters have seen their stocks jump through the roof.

The hedge funds see the stocks aren’t doing well, in large part because of the pandemic. Their investors basically make a bet that the stocks will continue to go down.

It's legal to do this on Wall Street. The process is called a short. (You may remember the movie The Big Short is about betting against the housing market in 2008.) In shorting, if the stock plummets these hedge fund companies stand to make millions.

A few hedge funds were going to do that with the video game store GameStop. It is a practice that quite a few people disagree with including our stock market expert Peter Ricchiuti.

“The [stock market] game has always been a game, but we've never had the little people and social media,” Ricchiuti said.

The power of social media

It started in a thread called “wallstreetbets” which has more than two million people on it.  Someone, or some group, took a stand. They felt the hedge funds are predatory and they wanted to stop them.

Coming up on #getupDC -a wild week on Wall Street as millions of @reddit users take on a hedge fund...and won. it originated on @wallstreetbets pic.twitter.com/2h47hAQfA4

Over the course of several days they convinced millions of other Reddit users to make investments, of any size, in GameStop.

That meant the hedge funds betting the stock would go down, now have to pay out. Their payout will be astronomical.

In the meantime, the social media users and individual investors have moved on to other companies that hedge funds are trying to short like AMC movie theaters and Blackberry.

On Thursday, the o nline trading platform Robinhood moved to restrict trading in GameStop stock. The restriction allowed users to "sell", but not "buy" new shares of the stock.

Besides GameStop, Robinhood said trading in stocks such as AMC Entertainment, Bed Bath & Beyond, Blackberry, Nokia, Express Inc., Koss Corp. and Naked Brand Group would be affected by the new restrictions.

GameStop's stock dropped more than 50% within ten minutes of the companies imposing restrictions.

Late Thursday, Robinhood said Friday it would lift restrictions on those stocks, but only allow limited buying.

The company already faces one class action lawsuit as a result of its restrictions action.

It sounds like a million “Davids” taking on a “Goliath,” but its not that simple of a story.

Ricchiuti said as interesting as this run has been, the drama and chaos created on the markets might be a sign of a bigger problem.

“It's also to me a signal that the markets way overvalued,” Ricchiuti said. “We could have a significant bear market coming, maybe even a crash.

RELATED: Why you should update your iPhone, iPad software right now